With Rising Anti-Semitism, Jews Need Israel More Than Ever. 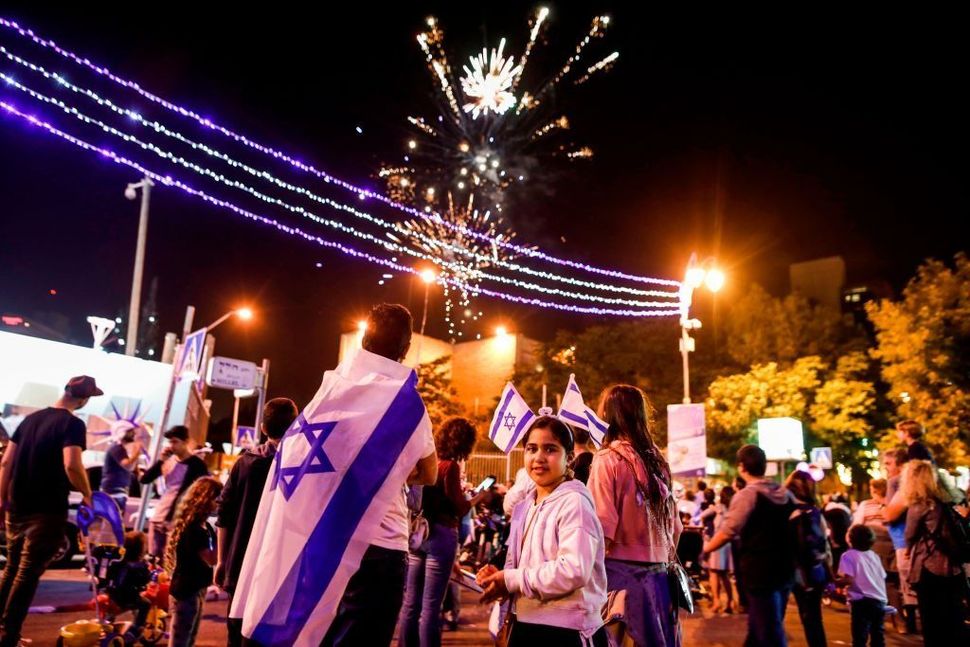 As Israel celebrates Yom Ha’atzmaut, its 71st anniversary, it is ironic that the major item on the agenda of the Jewish people at this time is the resurgence of anti-Semitism.

Ironic, because the overriding theme of Theodore Herzl in initiating the Zionist movement more than 120 years ago was that a Jewish homeland in the land of Israel was essential because it offered the only solution to the eternal problem of anti-Semitism in Europe.

He not only posited that such a homeland would provide a haven for Jews, but that it also would normalize the Jewish condition and thus obviate the circumstances and justification for anti-Semitism in the world.

Well, Israel certainly has provided a haven for Jews. Fortunately, unlike in the 1930s and 40s, persecuted Jews today anywhere in the world know there is one country that will take them in unreservedly — a crucial safety net that Jews from Arab lands, the Soviet Union, and today from France and Venezuela and beyond, rely on.

The existence of a modern Jewish state has not, however, fundamentally changed the reality of anti-Semitism in the world. Ironically, the same old conspiracy theories about Jews have been updated to put Israel in the starring role as the world’s duplicitous manipulator. Moreover, ideologies and efforts that seek the Jewish state’s demise represent a new incarnation of this age-old hatred.

So, what to make of the subject of Israel and anti-Semitism as Israel and the Jewish people celebrate the 71st anniversary of the miracle of the birth of a Jewish state?

First — and this speaks to the proximity of Yom HaShoah (Holocaust Remembrance Day) to Yom Ha’atzmaut — the tragedy of the Jewish people in the 1930s and 40s was that they were completely powerless at the worst possible time. As the Nazis were launching their demonic Final Solution, Jews had no means of self-defense, had no place to escape to, had no allies to speak of, and no political influence that mattered. The lesson of the Holocaust that Jews could never again be powerless in the face of evil Jew-hatred has been remedied by the existence of a strong state of Israel.

And the resurgence of anti-Semitism around the world reminds us of the importance of having a Jewish state and the recognition that had it existed in the 30s and 40s the history of the Jews of Europe could have been very different.

Second, Herzl’s notion that the normalization of the Jewish people would diminish anti-Semitism has not turned out to be true. The historic characteristics of anti-Semitism, fantasies and conspiracy theories about Jews, have come back with a vengeance on the right and the left, and often take the form of conspiracies about the Jewish state and its supporters.

To be clear, this is not about legitimate criticism of Israel and its policies. It is about transparently historic anti-Semitism being applied to the Jewish state — demonizing, delegitimizing and developing phantasmagoric themes about Israel as was done to Jews for two millennia.

Third, let’s consider the theme of the early Zionists, about which we may begin to hear more in the days ahead in light of resurgent anti-Semitism, namely, that all Jews need to emigrate to Israel because it is ultimately the only safe place for Jews.

With the upsurge of anti-Semitism in France, Israeli leaders, including Prime Ministers Ariel Sharon and Benjamin Netanyahu, urged French Jews to leave and make aliyah to Israel. This was not appreciated by the French Jewish community, which largely still saw its future in France. Generally, it was seen as an overreaction and intrusion by Israel.

But historically, for many Zionists, this was seen as a natural response by the state of Israel in the new era of Jewish sovereignty.

American Jews have rarely heard such messages in recent decades because of the sense that anti-Semitism was no longer a major issue and because no Jewish community has felt as comfortable in its own skin in the history of the Diaspora as American Jews have over the last 50 years.

Now, with rising anti-Semitism a focus, and two deadly shootings in synagogues within the span of six months, one hears occasional warning signals about the future of American Jewish life. For the most part, however, despite recent challenges, such pessimism lies outside the mainstream, and there is a commitment from most corners of American society to root out anti-Semitism.

All of which speaks to the need for balance when thinking about Israel and anti-Semitism.

We never should forget how lucky this generation is to have a Jewish state that can be both a haven and a source of support for Jews everywhere in the world.

At the same time, we need to recognize that we need to fight anti-Semitism however it manifests — under the guise of criticism of Israel or in age-old ways.

Herzl may not have been correct in viewing Israel as the solution to global anti-Semitism, but Jews worldwide can respond to anti-Semitism more effectively because there is a vibrant state of Israel. On Israel’s 71st, let’s rejoice in the reality of a Jewish state and what it means for Jews around the globe.

Sharon Nazarian is Senior Vice President of International Affairs at the Anti-Defamation League.

With Rising Anti-Semitism, Jews Need Israel More Than Ever.