My Black Children Are Jewish. Why Don’t Jews Treat Them That Way? 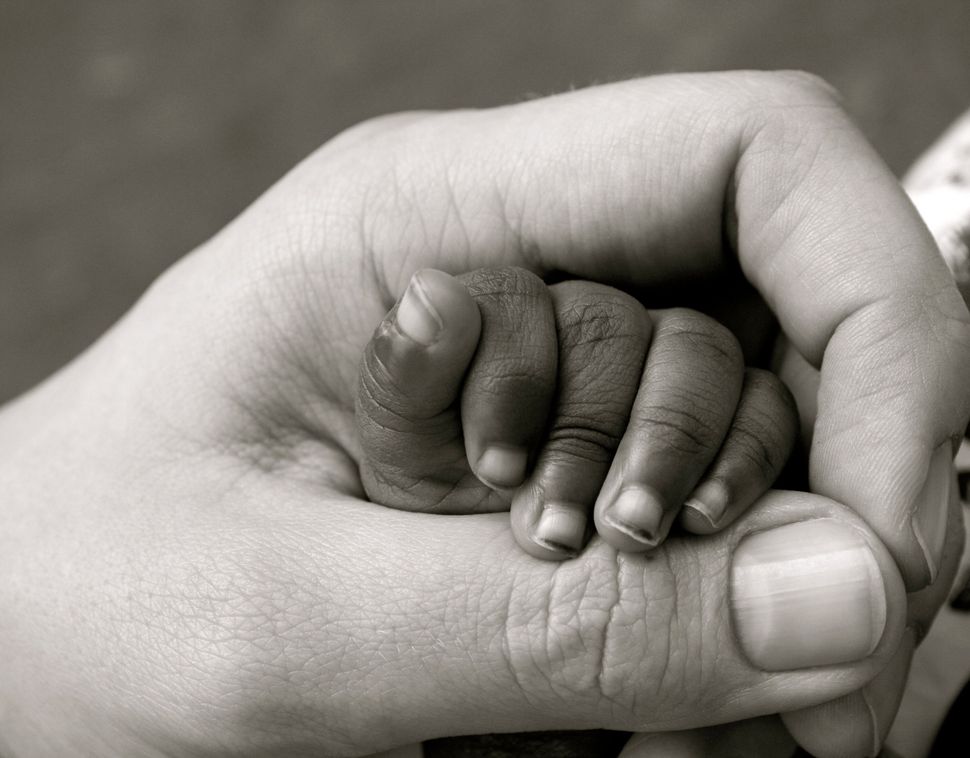 I thought I knew what being Jewish meant, until I had kids.

Suddenly, here they were, these tiny balls of wonder, bouncing from one place to another faster than I could breathe. It was like my heart had split in two, plunged out of my chest, and started innocently bumbling into every danger imaginable, as if purposefully.

There aren’t words to describe the feelings of parenthood. How do you really describe something like this? How do you describe these emotions of perpetual worry and inexhaustible love, mixed together like shatnez? 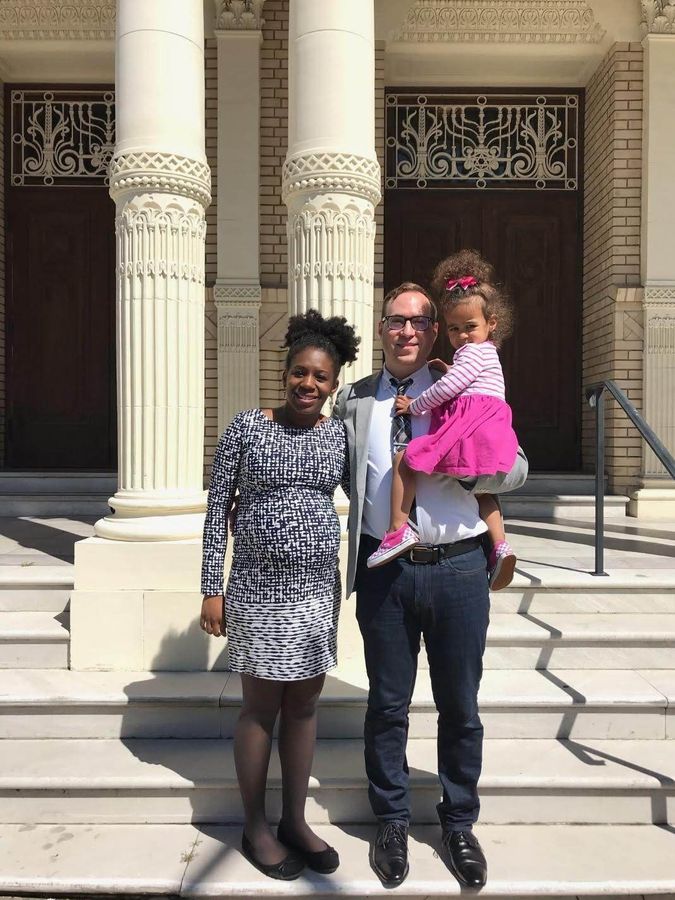 Still, I endeavored to be a good parent, to learn every day, to give my daughters lives full of every kind of happiness, from sasson to osher, until a new problem appeared. See, my wife is not Jewish or White, like I am. She’s Black and nominally Christian. And according to halakha, a Jew can only be born from a Jewish mother and everyone else has to convert.

So what does that make my daughters?

We’re not supposed to let the opinions of other people affect us too deeply. But people from Conservative and Orthodox and other more traditional denominations told me that my little girls aren’t Jewish. And it hurt. There’s nothing quite like the pain a parent feels for their children. It’s more than a gut-punch; it’s like a pin to your every nerve-ending.

Being Jewish is one of my first memories: laying out the good plates for Passover along the dining room table, watching my mother roll her eyes as my father practiced reciting the Haggadah.

Being Jewish is also part of my most agonizing memories, slurs and beatings, the vandalization of my shul, my home, and even my clothes.

Being Jewish is who I am, and I don’t know who I would be if I weren’t, if someone took it away from me.

And here is my community, the community that gave me my entire identity, taking that identity away from my baby girls.

“Don’t worry,” they tell me me. “Your daughters can just convert.” Sometimes they smile, as if this were a kindness. Some don’t bother dissembling their banal bigotry. “You shouldn’t have married a shiksa,” they laugh, or “Enjoy your goyishe children; we won’t have to worry about your family being part of the Jewish nation for much longer.”

These are the worst comments. But most of my fellow Jews are just apathetic. My daughters “aren’t Jewish,” they say. “That’s just the way it is,” they say. “Sorry,” they say, leaving as quickly as they entered, in a seemingly endless parade of anonymous faces and internet handles until I can’t tell whether it’s worse to be recognized or rejected.

I don’t want my daughters to convert. Why should they? Why convert to what you already are?

My daughters are as Jewish as Moses and all the Matriarchs! I picked their Hebrew names before they were born. We were reading Torah together from infancy. I sing The Shema each night before I put them to bed.

Why should my children be denied their birthright because I love their mother?

Then my anguish turns to anger. I yell, abi gezunt dos leben ken men zikh ale mol nemen! (Stay healthy, because you can kill yourself later — a classic Yiddish curse.) At Hebrew school, my daughters will speak more than just English and Hebrew, but Spanish and Yiddish and even Ladino. Our Purim costumes will be amazingly crafted and we’ll celebrate their Bat Mitzvahs in splendor. They’ll go on to become leaders in their local BBG and Hillel chapters. We’ll share pictures and stories from their Birthright trips. My pettiest revenge imaginable is living our best lives full of Yiddishkeit.

I can’t protect my kids from other Jews, let alone gentiles. I can’t protect them from how they will look at them, speak to them, erase their heritage or even their lives, as if they were a stray line of pencil on paper. I’m no White savior. And as a parent, I don’t have the luxury of self-indulgent myths.

But I want so badly for other Jews to see my daughters as Jewish. Because even though we, as a people, are full of different thoughts and traditions, contradictions and captivations spun on leaves of the Sefirot, I want to believe we are all mishpocha. We’re all in it, this life, together, as Jews. And if my daughters can’t trust their fellow Jews — then what? I don’t have an answer. I don’t know. Maybe there isn’t one.

Like I said, I don’t have the luxury of self-indulgence. My daughters can’t afford naïveté, doubt, or self-pity. They need and deserve better from me. They need and deserve an affirmation that, no matter what comes their way, they are the descendants of people who have survived thousands of years of oppression with grandeur.

So here it is, my affirmation to every rabbi, every semikha, every maggid, and every gatekeeping frummie: my daughters are Blewish: Black, and very very Jewish.

My Black Children Are Jewish. Why Don’t Jews Treat Them That Way?