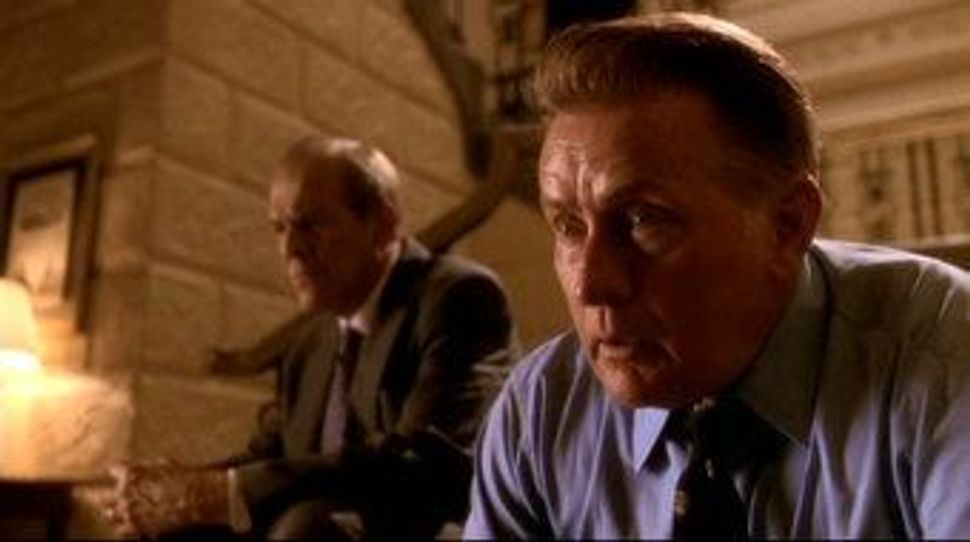 This is an adaptation of our weekly Shabbat newsletter, sent by our editor-in-chief on Friday afternoons. Sign up here to get the Forward’s free newsletters delivered to your inbox.

Most of what I know about the 25th Amendment to the Constitution I learned from “The West Wing.”

For those not as obsessed with the greatest television series ever made as I am, here’s a primer: Zoe, the daughter of our beloved President Jed Bartlet, has been kidnapped. The president quickly realizes he cannot possibly handle the crisis motivated only by the country’s best interest. And so he asks his cabinet to unanimously back him in voluntarily stepping aside — handing the most powerful post in the free world over to his political nemesis. 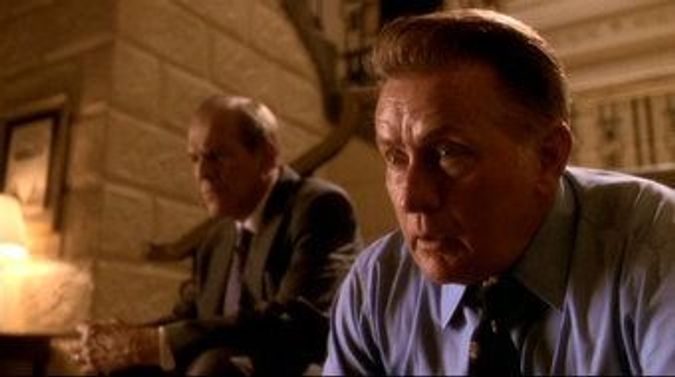 Will Bailey, the character played by Joshua Malina, declares it ”a fairly stunning act of patriotism — and a fairly ordinary act of fatherhood.”

I rewatched “Twenty Five,” the final episode in the fourth season of Aaron Sorkin’s remarkable drama, on Thursday night via HBO Max. Hours earlier, Sen. Chuck Schumer, the New York Democrat who will soon become  the Senate’s first Jewish Majority Leader, had called for the invocation of the 25th Amendment to remove President Donald Trump from office because of his incitement of the insurrection at the Capitol the day before.

The two scenarios could not be more different, starting with the fact that Zoe was kidnapped in 2003 by foreign terrorists and the Capitol seized on Wednesday by domestic ones. In Sorkin’s idealized world, we see a selfless president acting for the public good as he struggles through the most frightening consequence of public life; in our sad reality, we have a selfish one willing to destroy our democracy in a fit of sore-loser pique.

So far, Vice President Mike Pence has resisted calls from members of Congress, including an Illinois Republican, and from many advocacy groups, to invoke the 25th, which provides for the temporary removal of a commander-in-chief who is “unable to discharge the powers and duties” of the office.

The Wall Street Journal and three Republican governors are among the growing chorus demanding Trump resign, and House Speaker Nancy Pelosi has threatened to pursue a second impeachment, even if there is not enough time left in Trump’s term to follow through with a full Senate trial.

As I wrote in an editorial on Wednesday, the news continues to feel like a surreal movie that would have been rejected in pitch meetings for being wildly unrealistic. Perhaps that’s why I turned to “The West Wing,” with its perhaps equally unrealistic political universe — one motivated by idealism, rooted in intellect, and populated by admittedly flawed but terribly smart and funny humans desperately seeking, always, to do the right thing.

“Twenty Five” is one of Sorkin’s best episodes, filled with memorable lines that my husband and I found ourselves reciting along with the television as we watched it for the umpteenth time. “You’re the key witness to the end of the world,” a Secret Service agent tells Zoe’s French beau, trying to shake him from his drugged stupor. “This is the most important press conference of your life,” Leo McGarry, the chief of staff, tells C.J. Cregg as she heads to the press room. “I won’t be giving any orders,” Bartlet says to allay concerns about the potential confusion of having two Mr. Presidents at one time.

And, our personal favorite, which comes when Bartlet asks Toby Ziegler, whose twins were born just before the kidnapping, what he knows now that he did not know before. “Babies come with hats.”

I realized while watching that I didn’t know the actual history of the 25th Amendment. Turns out it was added to the Constitution only in 1965, after the Kennedy Assassination, amid concerns over Lyndon Johnson’s heart condition and the advanced ages of the next people in the line of succession. 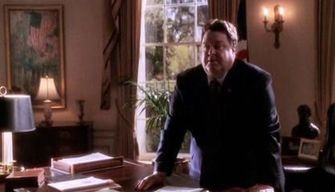 The third section is the one Bartlet used. It has happened three times in real life: when Ronald Reagan had surgery in 1985, and twice when George W. Bush had colonoscopies, in 2002 and 2007. Section 4, the one that requires the agreement of the vice president and approval of a majority of the cabinet — the one that is most relevant to our current predicament — has never been invoked.

It certainly seems increasingly clear that Trump is unable to discharge the duties of the presidency, or perhaps uninterested in doing so. With his cabinet members and other aides fleeing, he is also increasingly isolated — which feels even more dangerous — probably holed up watching this sordid history unfold on television.

I suppose it’s too much to hope for him to take a break from Fox News and watch “Twenty Five” and take a little inspiration from President Bartlet. “Very quietly,” Martin Sheen’s character tells Leo, “I want you to assemble the cabinet, I want you to call the Speaker of the House.” I hope Pence watches, too. It’s not too late to do the right thing.