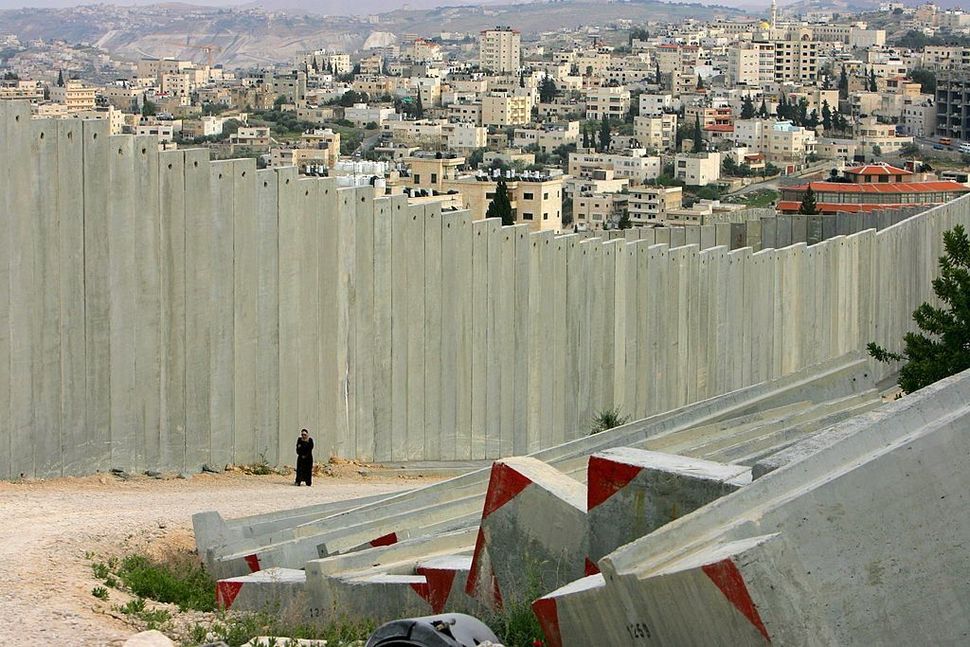 There is much to dispute in the laundry list of accusations against Israel in Amnesty International’s report released Tuesday as well as critiques that are worthy of fair-minded concern and attention. But why all the fierce reaction to one more critical report on Israel?

What makes this document different from prior reports is that it goes beyond criticizing Israeli policies and actions by presenting the world’s only Jewish and democratic state itself as illegitimate, immoral and at fault from its very inception.

The report asserts that Israel is committing apartheid against the Palestinians, and that this system of apartheid “originated with the creation of Israel in May 1948, and has been built and maintained over decades by successive Israeli governments across all territories they have controlled…”

There are enormous and dangerous implications to this blatant overreach by Amnesty that undermines the totality of the report. By choosing to examine Israeli policies through the inaccurate lens of race, using extreme and unsubstantiated language such as ethnic cleansing, rather than offering fact based and unbiased analysis of the Israeli-Palestinian conflict, Amnesty is clearly not seeking to constructively inform or even challenge Israeli policies.

Rather than uplift the Palestinian cause or promote productive paths forward, this report will only harden maximalist positions on both sides that make constructive conversations and initiatives even more difficult.

Amnesty’s allegation that Israel’s crimes go back to its creation in 1948 present the Jewish and democratic state as singularly illegitimate at its foundational roots. Such a hateful characterization delegitimizes the Israeli state enterprise and the Jewish right to self-determination in its historic homeland.

It also feeds into existing narratives of an Israel that is uniquely, fundamentally and unalterably malign. This is reinforced in the Amnesty report through the steady drumbeat of false and charged accusations of “apartheid,” “colonialism” and “ethnic cleansing.”

Amnesty’s one-sided report takes a complex reality and pushes it through a predetermined, largely Western lens, shaped by the notion that racism alone explains all the modern world’s great challenges. The authors explain the current reality by accusing Israel of apartheid, “Jewish hegemony;” “segregation;” and of treating Palestinians as a “racial group” that is “inferior,” overlooking the fact that this conflict involves two indigenous peoples with deep religious and historical ties to the same small piece of land. Amnesty International implies that the only way to “fix” the situation is by dissolving and dismantling the Jewish state.

One can rightly point out harmful government policies in stark and clear terms, and the entrenched reality which gravely impacts Palestinians, without succumbing to an inaccurate framework that will ultimately do more to demonize Jews than it will to uplift Palestinians.

Sadly, we already know that rhetoric that demonizes Israel, pushed by anti-Israel activists for decades, are all too frequently used as fodder for exclusion and litmus tests — as in the case of Sunrise DC and Big Duck — and can even embolden those who physically attack Jews, targeting them as stand-ins for the Jewish state.

The twisted logic behind these attacks is that if Israel is fundamentally evil, those who are associated with it are similarly to be condemned and punished.

As we witnessed during the Israel-Hamas conflict last May, the denigrating and demonizing depictions of Israel, unmoored from the complex realities of the situation on the ground, contributed to an increase in violent attacks on Jews and Jewish institutions in the United States and around the world. In this current environment of a rise in global antisemitism, it is at the very least irresponsible of Amnesty to ignore the possible dangerous consequences of their framing and rhetoric.

Beginning and ending the report by applying the absolute worst labels to the Jewish state, Amnesty undermines efforts to create a better future for Israelis and Palestinians living side-by-side, one that would provide self-determination, security and dignity for both peoples.

After all, how can a malevolent and discredited Israel be part of a solution?

Indeed, rather than building trust between those who seek peace, the report fuels the false dream of extremists that somehow Israel will be wiped off the map and replaced by a single, Palestinian state, making it harder for moderate Palestinian leaders to pursue the path of negotiations. In doing so, it reinforces the age-old narrative of the Jewish people, and the reality of life for all Israelis, that Jews cannot trust our own survival to anyone else.

It will also likely push many Israelis further to the political right on national security considerations, shutting down any possibility of reassessing policies and actions that may fairly deserve criticism. The combination of those two things will further entrench the conflict’s status quo rather than create a new, positive future for both peoples.

Criticism of Israeli government policy, both within and outside the Green Line, is fair game — the harshest critics of the Jewish state are frequently Jews themselves, especially those living in Israel. Criticizing Israeli policies is not beyond the pale. Attacking a country’s legitimacy, erasing an entire people’s connection to their historic homeland, is.