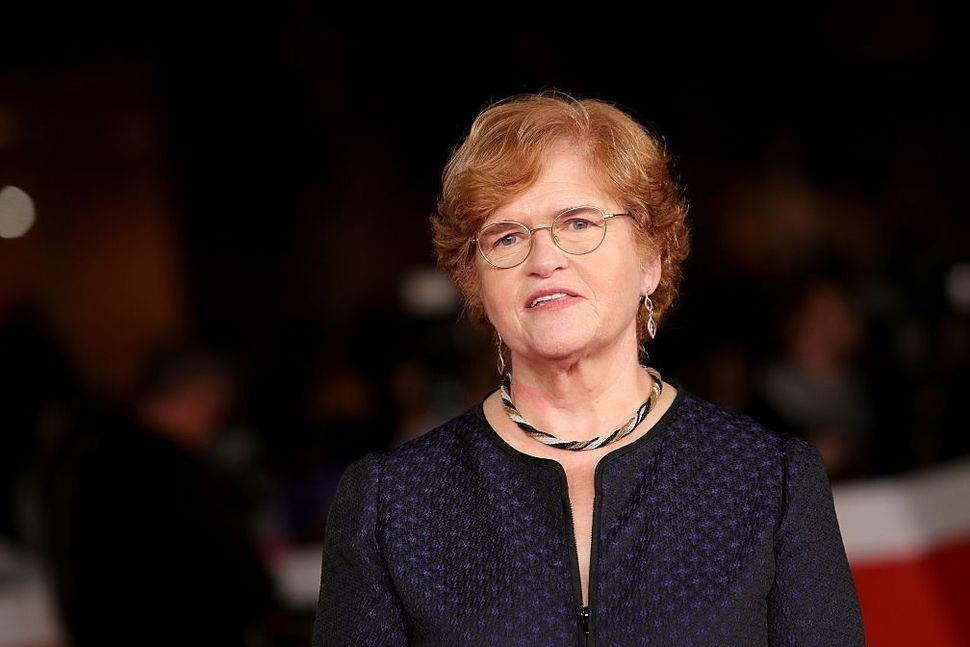 Nearly 200 days after President Biden announced that he intended to nominate Dr. Deborah Lipstadt to serve as U.S. Special Envoy to Monitor and Combat Antisemitism, she finally had a confirmation hearing before the Senate.

The Feb. 8 hearing came months after leading Jewish organizations called on the Senate to consider this critical nomination and weeks after the third act of domestic terror targeting a synagogue in just over three years.

According to Aaron Keyak, the State Department official temporarily serving in this role, “Every day that passes without that leadership in our office, our compelling — even lifesaving — work is hampered.” The Republican delay of Lipstadt’s nomination has endangered Jewish lives and put our security at risk.

In the hearing, Senator Ron Johnson had the audacity to question Dr. Lipstadt’s qualifications for this role. She’s eminently qualified as one of the world’s leading scholars on antisemitism, the Holocaust and Holocaust denial, and theauthor of seven books on the subjects. While Senators Johnson and Rubio both characterized her tweets as ostensibly “partisan,” Lipstadt has criticized Democrats and Republicans alike.

The minority has refused to grant Lipstadt a hearing, apparently, because there is some concern about her tweets calling out the use of antisemitic tropes. Let’s think about that…We don’t want the person nominated to advance our global efforts against antisemitism to call out antisemitism?

Of course, we do.

Jewish Americans want our leaders to combat hatred as it emerges, and to unequivocally denounce dangerous trends, such as the startling rise of antisemitism during the Trump presidency.

Instead, Republicans have been largely silent as the head of their party, the former president and possible future candidate Trump has repeatedly invoked dangerous and derogatory stereotypes about Jews.

In Sept. 2020, at the first presidential debate, President Donald Trump infamously refused to condemn white supremacy and instead incited a right-wing extremist group, the Proud Boys, to “stand back and stand by.”

Some Republicans, including the Republican Jewish Coalition, defended him, and the world witnessed the result of Trump’s incendiary words on Jan. 6, when thousands of extremists, including the Proud Boys, stormed the U.S. Capitol in an attempt to stop the peaceful transfer of power.

The Jan. 6 insurrectionists wore, waved and displayed symbols of antisemitism and racism, including Confederate flags and graphic shirts emblazed with Holocaust references like “Camp Auschwitz.” Sen. Menendez noted these vile shirts in Lipstadt’s hearing when he said, “every Jewish person in the Capitol certainly had reason to be concerned for their lives” on Jan. 6.

Instead of denouncing Trump’s ongoing alignment with extremists and attack on our democracy, most Republicans have joined him, and those who refused have been marginalized and punished: Last week, the Republican Party censured its only two members participating in the Jan. 6 committee and characterized the insurrection as “legitimate political discourse.”

The GOP’s full embrace of Trumpism is reminiscent of the Nazi-era concept of “Füehrerprinzip,” in which the leader is always right and his word is above the law. Evidence of this has been Republicans’ use of Trump’s Big Lie to justify ongoing voter suppression and election subversion efforts in nearly every state.

While there was no actual voter fraud in 2020, many Republicans continue to follow Trump’s lead by repeating this lie, to the peril of our democracy. This isn’t hyperbole, and it’s not the only recent parallel to early-1930s Germany.

Last week in Tennessee, a right-wing pastor led a book burning eerily similar to those that occurred when Hitler came to power. This followed a Tennessee school board’s decision to ban “Maus,” a graphic novel on the Holocaust, the day before Holocaust Remembrance Day.

The same week, one of the country’s largest neo-Nazi groups held demonstrations in Orlando that were downplayed by Florida’s Republican Gov. Ron DeSantis, who refused to condemn the neo-Nazis and instead blamed Democrats for a political “smear.”

All of this occurred in the aftermath of the horrific synagogue attack in Colleyville, Texas, perpetrated by a British terrorist driven by the same antisemitic tropes about alleged Jewish influence and power that have been invoked by Trump.

Republicans cannot have it both ways. They cannot feign concern about antisemitism while tolerating and aligning with extremists and ignoring Trump’s ongoing role in inciting it. They also cannot continue to delay confirmation of the person nominated to serve as the U.S. government envoy to combat it. Today’s a good start, but it’s not enough — it’s past time for the Senate to vote and confirm Deborah Lipstadt.

We must learn from the darkest moments in history to ensure past mistakes are not repeated. With antisemitism on the rise, we cannot afford to look the other way.

As Secretary of State Antony Blinken recently warned, “We see rising antisemitism and Holocaust distortion and denial around the world. History tells us these acts are often the canary in the coal mine” for attacks on Jews and other minority groups.

Lipstadt is the right person at the right time to strengthen the U.S. government’s ability to respond to this pernicious trend, and Republicans must put politics aside and allow for her swift confirmation.