Advancing antisemitic conspiracy theories supports those who seek to oppress all minorities, not just Jews 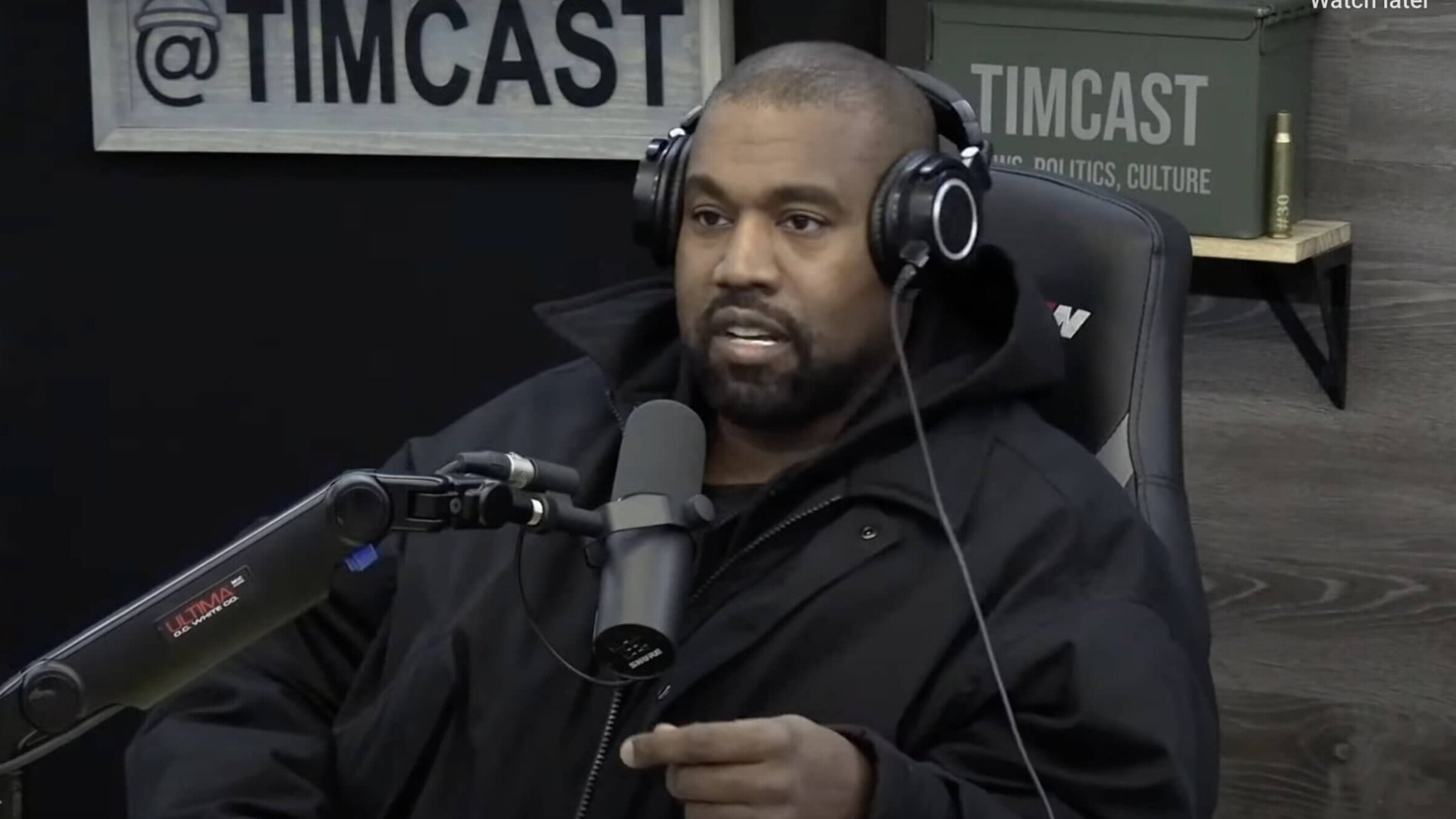 Kanye West on the Timcast podcast on Nov. 28th, 2022. Photo by Screenshot/YouTube

Not 20 minutes into the interview, Kanye West marched out, and two white supremacists followed him.

On a recent episode of Timcast, a video podcast by YouTuber Tim Pool, West — who has legally changed his name to Ye — was flanked by alt-right provocateur Milo Yiannopolos and wannabe Nazi Nick Fuentes. They were ostensibly there to discuss West and Fuentes’ recent dinner with former President Trump and West’s own presidential aspirations. But within minutes, West once again began ranting about the Jews.

“I’ve just got to go right to the heart of this antisemite claim that’s happening,” West said, unprompted.

“This is something, if you read the definition, it says you can’t claim that there’s multiple people inside of banks or in media that are all Jewish or you’re antisemitic. And that’s the truth.”

“What library? What do you mean?” asked Pool.

Not answering the question, West rambled about various antisemitic conspiracies for several minutes. But as soon as the host pushed back hard enough, West was out of there for good.

It was not a good look for him. But more than that, it played right into white supremacists’ hands.

“I think the construct of race has really been forced upon us as just something for us to be woke about, and just constantly talk about, and use it as these, like, walls,” said West.

He is right: Race is a construct, and one often used to divide us. What he misses is that this is precisely the world in which his strange bedfellows want to live.

Most white supremacists not only would prefer to live in a white Christian society, but believe that one can be achieved through winning a race war, an imagined zero-sum existential struggle that pits whites, Jews, Blacks, Latinos, Asians and other groups against one another. Many white supremacists also believe in the great replacement theory, at once racist and antisemitic, that imagines Jews, by manipulating communities of color, are knowingly waging such a race war against whites.

It’s unfortunate that West seems to only buy the part of the conspiracy in which Jews are manipulating Blacks. It’s catastrophic that he doesn’t realize it is neo-Nazis who are ultimately yanking his strings.

“I found out that they were trying to put me in prison,” said West, meaning the Jews. He made this claim multiple times during his short appearance, describing it as “like a dog was biting my arm.”

Sure, he noted that Adidas and Gap have hurt him financially. But he reserved his ire for “they”: the Jewish bankers at J.P. Morgan, a supposed “Zionist plant” in the fashion industry, his personal trainer Harley Pasternak, artificial intelligence expert Lex Fridman, and politicians Rahm Emanuel and Jared Kushner.

“It was like American History X,” lamented West. “Like my head was on the side of the curb, and the exact people that I called out kicked my head.”

Of course, in that film, the man doing the kicking is a neo-Nazi.

“I am literally going to walk the f off the show,” said West, “if I’m sitting up here having to, you know, talk about, ‘you can’t say that it was Jewish people that did it,’ when every sensible person knows that.”

Walk the f off the show, he did. Fuentes and Yiannopolos soon followed, and none of them returned to the show.

It really was a perfect metaphor. Antisemites can never win with their words, and antisemitic conspiracy theories crumble under the slightest amount of pressure. If a Black man can be the one to unwittingly advance a white supremacist conspiracy, all the better for the bigots; each attempt to advance antisemitic conspiracies further empowers those who seek to oppress all minorities, not just Jews.

How did West, the child of a professor and a former Black Panther, end up falling prey to this? Rather than deeply examine the very real oppressive systems that make life more difficult for so many Americans, why did West take aim at the most proximate vulnerable minority community he’s seen claw its way to relative success?

Though he is (or was) a billionaire, West “is the product of a democracy hypocritically preaching social equality and practicing a carelessly brutal snobbery,” as Parker wrote. Even wealth and fame can’t insulate you from mockery, or the accompanying pain. West, like so many now filled with hate, “is a sensitive, gifted man who has been humiliated into nihilism. He would laugh to see heads roll.”

There are plenty of powerful gentiles — Bill Gates, for example, as the host of Timcast pointed out — at which West could take aim. But instead, West’s myopic focus on successful Jews is exactly what the white supremacists want.

If Black supremacists join white supremacists in focusing their ire on the Jews, it keeps the focus off of those with the actual power to oppress and disenfranchise wide swaths of society.

If you can turn neighbors against one another, convince them that success is a zero-sum game, then you can avoid the messy business of actually making society better for us all.

The more attention West draws to fellow Black supremacist antisemites with his antics, the less attention is paid to white supremacists who advance a different version of the same deadly ideology.

It’s not Jews making life tougher for West, but West himself — and he’s playing right into the white supremacists’ hands.