Letter | Is a deli that serves so much bacon really ‘Jewish’ or just ‘Jew-ISH’? 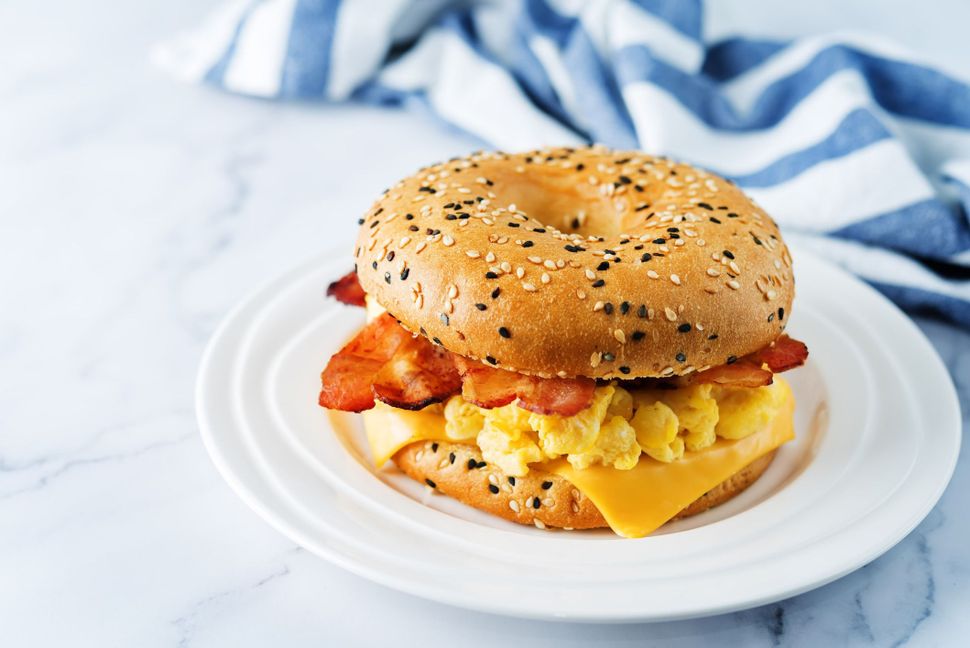 I enjoyed Arno Rosenfeld’s December 4 article in these pages entitled “The owner of my favorite bagel shop is… Biden’s new COVID-19 czar?” about Jeff Zients, owner of the “Call Your Mother” bagel shop. I ate takeout from there just last week.

Arno described it very fairly, I think, as a Jewish deli, but more accurate would have been if he had called it a “Jew-ISH deli.” After all, four of their nine premade sandwiches contain bacon.

Almost all their sandwiches are on bagels, and Arno is right: They are great bagels. They also have twisted challot, lox, whitefish salad, black & white cookies, babka muffins (yum), pastrami fried rice (on special occasions). And of course, bacon.

I don’t expect the world to be kosher; I don’t care that the Jewish-style deli down the street has meats and cheeses on the same counter. But half of these guys’ sandwiches are made with bacon. And you cannot custom order a sandwich. Plus, there are virtually no substitutions.

Now, for some reason, the Forward itself also has a long obsession with bacon. Bacon-wrapped matzo balls, to be specific. And that started, to be fair, before almost any of the current staff or editors were there. We’re talking about eight or nine unique mentions or stories about this, um, delicacy in a single decade!

At least we’ve progressed to not mentioning its presence on the menu, rather than celebrating it.

That IS better, right?

Letter | Is a deli that serves so much bacon really ‘Jewish’ or just ‘Jew-ISH’?