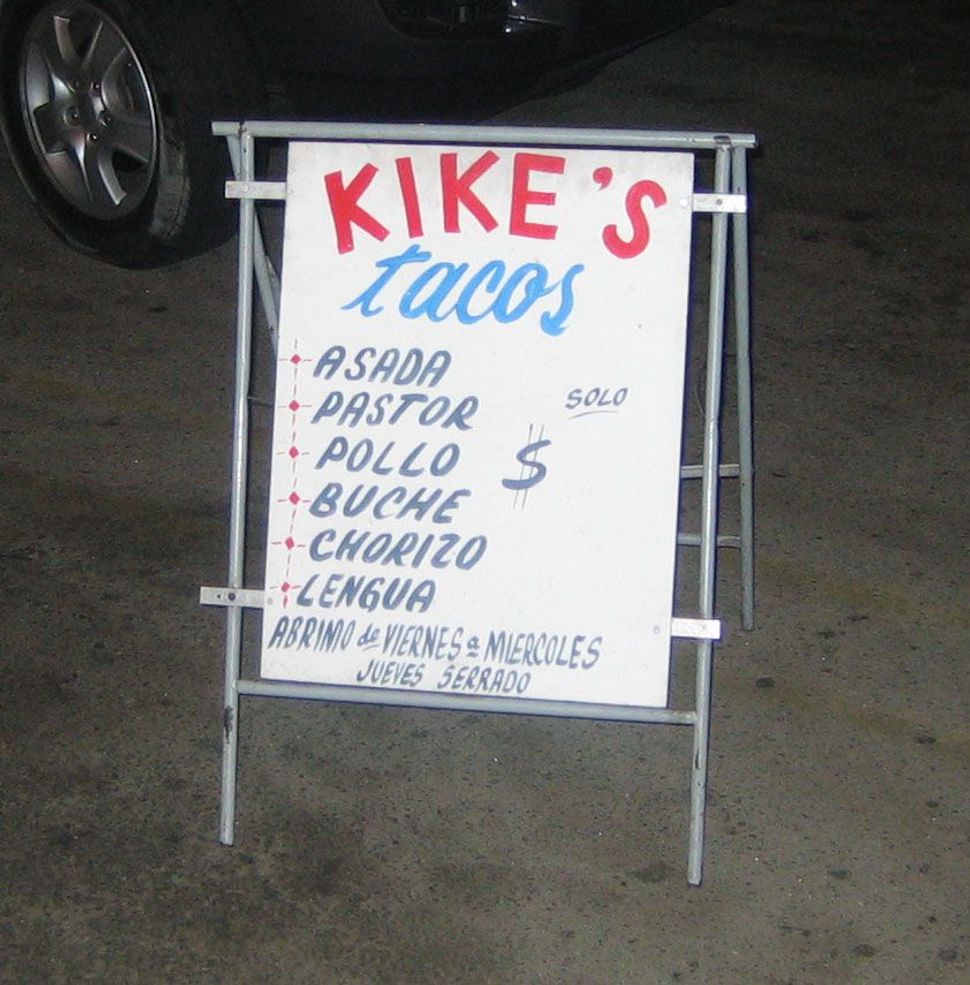 There’s something about street food and the word “kike.”

On November 19, 2009 I blogged about San Francisco’s “Kike on a Bike” and now, not to be outdone, Los Angeles has offered us “Kike’s Tacos.”

Though often an antisemitic slur KUOR assures us that, in this case, Kike is pronounced “Keekay” and is a regular abbreviation for Enrique. Plus, by all accounts, the menu offers a mouthwatering selection of pig-oriented treyf so the kosher clientele would be keeping away before they even reached the ambiguous welcome sign.

Although the number of Enriques in America is growing, the starting point is fairly low, with the 1990 census only ranking Enrique 298 out of 1219 new boys names. With relatively few Enriques and a little encouragement to standardize the rendering of the abbreviation as Quique or Keekay, the gentle sensibilities of our compatriots need not be disturbed too much in future.