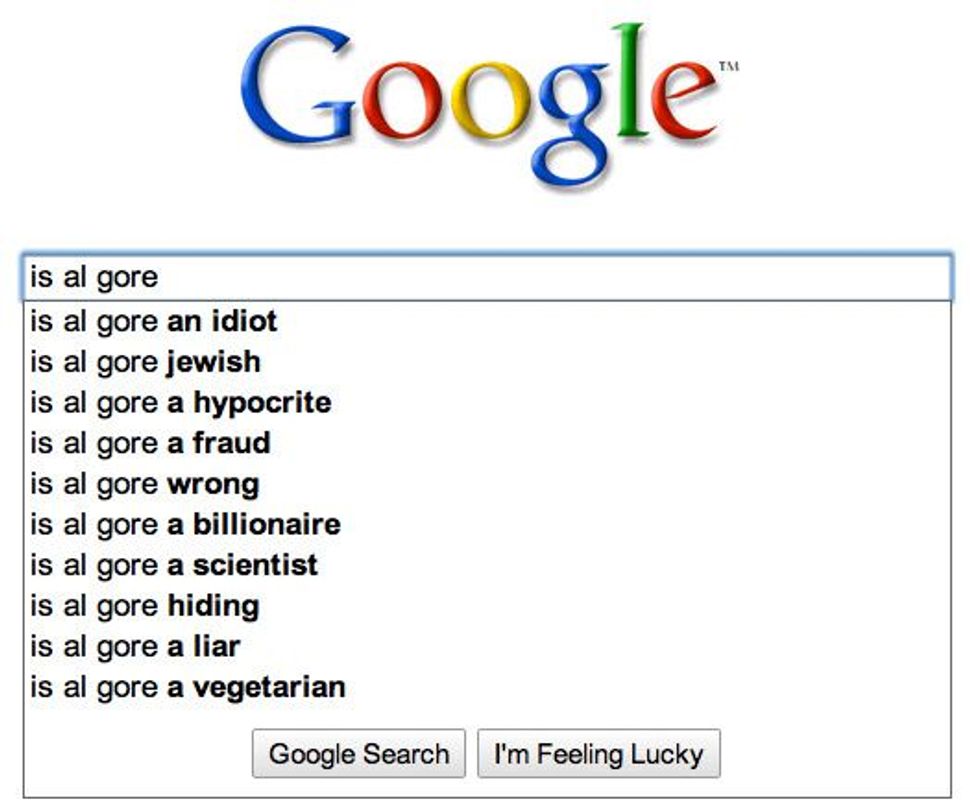 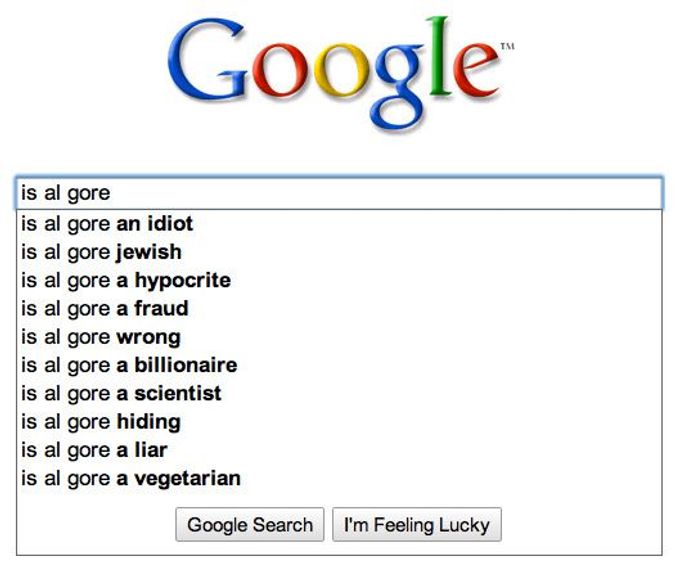 A post late Tuesday on media news and gossip Web site Gawker revealed that the top search suggestions on Google for various celebrity names (when preceded by the word is) include the word Jewish. For example, if you type the words “Is David Beckham” into the search bar, a drop-down menu will appear with several options, the first of which is “Is David Beckham Jewish.”

And it’s not just celebs. Type in “Is Al Gore” and you will get suggestions including “an idiot, Jewish, a hypocrite.” (Yes, in that order!)

Go ahead. Try it with your favorite celebrities. Let us know what you find. (You know you want to.)