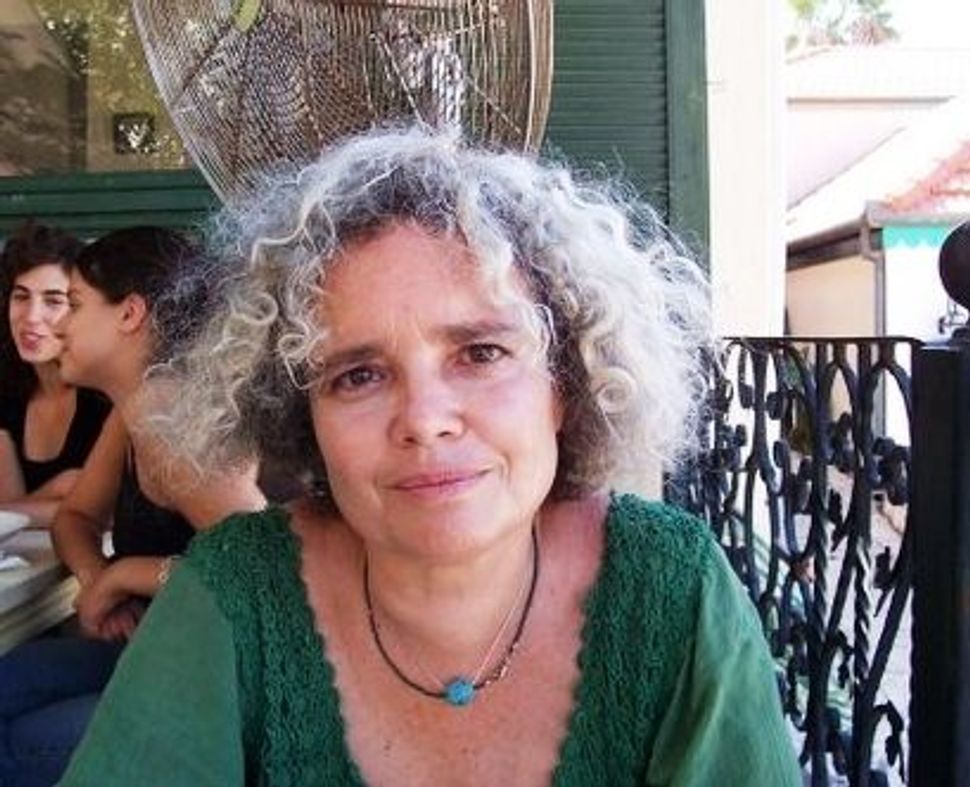 Throughout the collection, there is a constant sense of removal — or, perhaps, veiling — of the author herself, as well as her circumstances. Providing almost no references to contemporary Israel or its politico-social concerns, the poet’s voice is reminiscent of the anonymous writers of Midrash. She, too, expansively re-imagines the stories of the Tanakh, and composes new myth-like tales, using classic biblical tropes — wells, depths, mountains, and revelations.

There is nothing in this poem that refers to an identifiable sense of place or time: the scene could be taking place today or three thousand years ago. The language is sparse and, in biblical fashion, maximizes its resources through repetition. As the poem progresses, presence of the recurring words “face” and “well” intensifies, grows louder, as if in the stubborn attempt to communicate something that language isn’t equipped for.

We sense that a tragedy has occurred, yet the girl’s face is an image that grows increasingly abstract with every iteration. When we’re told that it was left in the well, it takes an elusive turn and, stripped of its identifiable features, becomes more universal.

The well, too, seems to stretch deeper and deeper, echoing its own name to an indefinite depth — all the way down to the underworld itself, where the whiteness of the girl’s face now resides. The bilingual edition provides Hebrew-speaking (or struggling) readers the option of the original Hebrew, where the poem’s concluding line is a single syllable: “eili” — my Lord. The writer withdraws from her audience, revealing that the whole poem was addressed to the divine listener, and the reader just happened to have overheard.

Rivka Miriam’s use of language is reminiscent of Primitivist paintings of Paul Gaugin, where technique — as perspective — is replaced with bluntness, frankness, flat nakedness of the message. As with “The Girl Who Drowned in the Well,” the simple, child-like intonations of the poet’s voice attain moments of mystery and charm, although also, on occasion, tedium.

A daughter of Holocaust survivors, Rivka Miriam avoids direct encounters with the subject, yet constantly engages the single image, common to all great writers of the Shoah (Appelfeld, Celan, Grossman): that of silence. Appearing in her work in many shades and guises, it is never entirely divorced from that context, as if the very idea of silence itself has now been altered, and could never again be the same for a Jewish reader. More so than any actual image, conjured by creative mind, silence provides a Midrashic commentary to the tradition’s suppositions.

And You Shall Teach
And you shall teach your son muteness
that very day.
And you won’t pass your caressing hand
over his features.
You’ll sit your son down that very day
on the threshold of the valley
to which no man should ever come.
And you’ll teach your son to sire another son.
And you’ll teach him to close his eyes, to clutch
with his fist
one more night passing
and one more day.
And you’ll take your son with your bare hands
that more than once embraced his mother
and with force squeeze from them your silence,
which he shall give to his son.