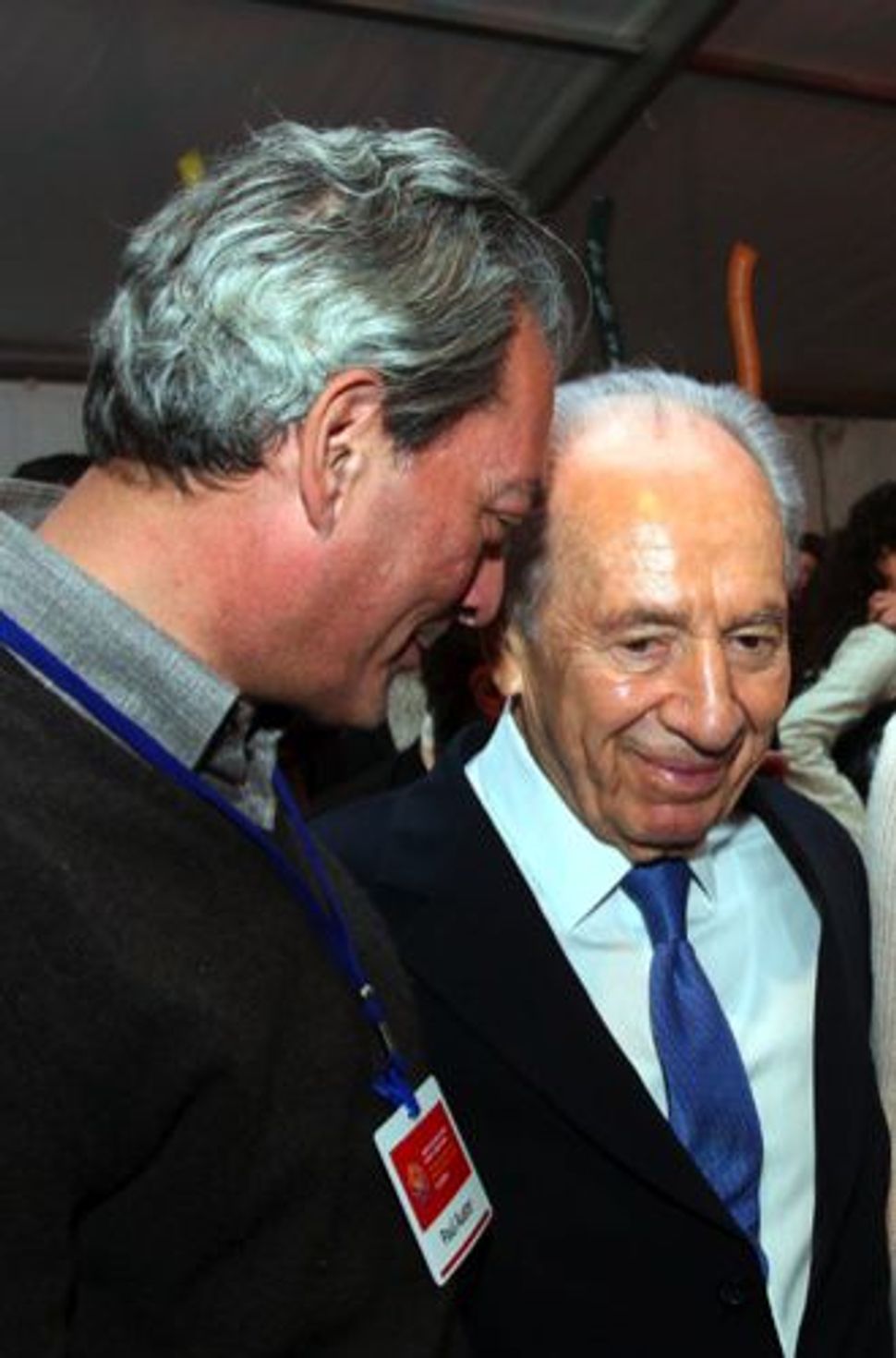 Photo by Sasson Tiram The President and the Novelist: Shimon Peres talks to Paul Auster.

The only Israeli writer to speak was Nir Baram, who spoke as a proud Jerusalemite and, coming after the careful words of the President and the narrow focus of Minister Livnat, woke up the audience on a cold Jerusalem night. Baram, the son and grandson of Labor party bigwigs, explained how nights of literature, especially opening nights, are usually places for aesthetic not political consideration.

But Israel, and Jerusalem in particular, is a political place, he continued. And literature talks about all sorts of things, not just substance without politics. In his lifetime, he explained with regret, he had seen the Jewish community become more barricaded and separated from the Arab community. It had become a city and a place for “us,” not for “them.”

This was a point made especially forceful, although Baram didn’t mention it, because of the Palestine Festival of Literature taking place totally separately, only a few miles away.

Minister Livnat seemed unhappy with the speech and was only little mollified by Uri Dromi, the Director of Mishkenot. Dromi spoke about Mishkenot and the Jerusalem Foundation’s commitment to the three Cs of Community, Culture and Coexistence before introducing the writer, and descendant of Moses Montefiore, Simon Sebag Montefiore.

Before Sebag Montefiore spoke, Dromi presented him with a large photograph of Mishkenot in the process of being built by his great grandfather in 1858 or 1859. The inscription read that though Mishkenot was built in the mid nineteenth century it was still being built. Built, it seems, on the freedom of speech!

I caught up with Israeli writer Nir Baram a few days later to ask him a few questions: