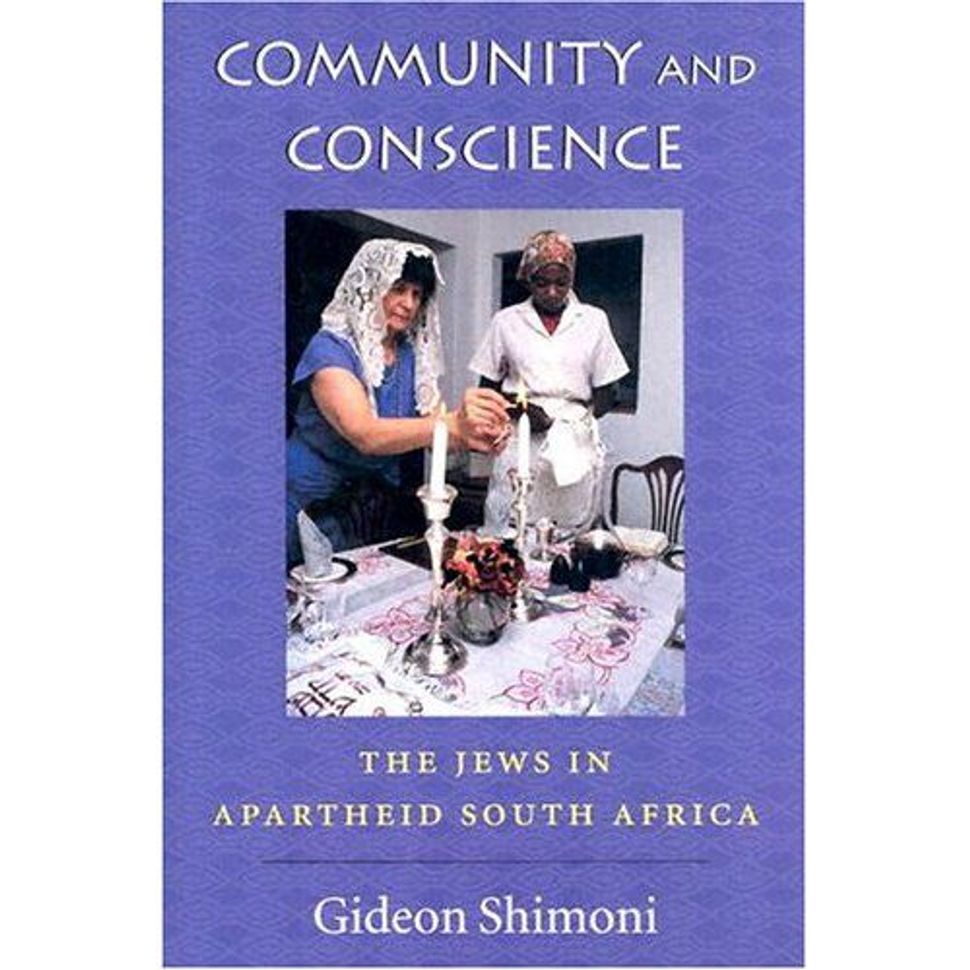 The last thing you might expect at a scholarly lecture on the Jewish experience in apartheid South Africa is suspense. But there it was.

Gideon Shimoni, a professor emeritus at The Hebrew University and the author of “Community and Conscience: The Jews in Apartheid South Africa,” spoke at New York’s Jewish Museum on May 13 to unravel the conundrum that Jews — so often the victims of religious persecution — were privileged members of the ruling white minority during the apartheid era from 1948 to 1994.

The lecture was part of programming the museum developed in connection with the exhibition “South African Photographs: David Goldblatt.” Two earlier lectures by the art historian Richard Turnbull have focused on Jacob Riis and Lewis Hine and the rise of social documentary photography. The final lecture, on Goldblatt, took place on May 17.

A South African Jew who settled in Israel in 1961, Shimoni is a powerful speaker, unafraid to challenge conventional wisdom including the belief among some Jews that we, as frequent victims of persecution, stand up for the underdog.

The reality during apartheid was far more complex. Jews — who never made up more than 4 percent of South Africa’s white minority — were disproportionately involved in protesting the Afrikaner nationalist regime. Yet the semi-official Jewish leadership went along with its policies of race-based discrimination, fearful of jeopardizing the safety and welfare of their community.

What judgment did Shimoni render after his riveting 45-minute talk? “Nothing in the record is deserving of moral pride; neither does it warrant utter self-reproach,” he concluded.

But to skip to the conclusion misses the thrills along the way, including his vivid sketches of individual Jews — many of whom were Communist Party members — who bravely stood up to the regime, and the moral agony of South Africa’s rabbinate, who struggled to reconcile their guilty consciences with the community’s perceived need not to rock the boat.