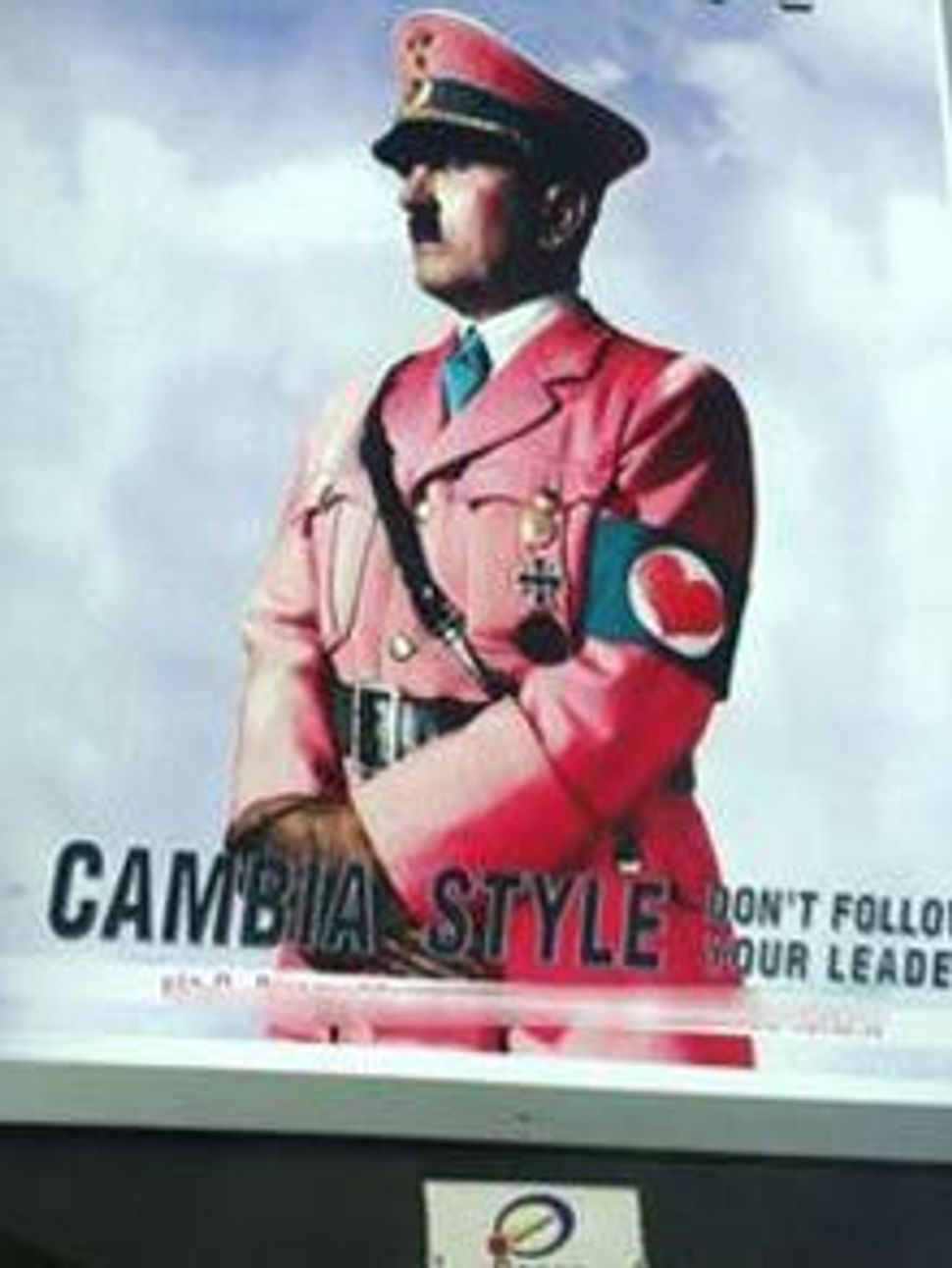 I have long thought that Hitler could have used a makeover. Maybe I just prefer my historical dictators to be cleanly shaven. However, jeans company New Form’s new ad campaign, which portrays the Nazi leader in Barbie-pink military garb and an armband with a red heart in place of a swastika, somehow doesn’t quite inspire me to hit the mall.

Projected on 18ft posters, according to the Telegraph, throughout the city of Palermo, Sicily, the posters read “Change Style — Don’t Follow Your Leader” and reeks of a desperate attempt to draw publicity no matter how negatively charged it may be.

Residents of Palermo, a city almost entirely devoid of Jews, have called for the posters’ removal. But a spokesperson for the agency that devised the ad, Daniele Manno, says “We have ridiculed Hitler in a way that invites young people to create their own style and not to be influenced by their peers.”

I usually admire a man who is confident enough to wear the color pink, and though I’m certainly no fashion expert, in this case I don’t think Hitler quite pulled it off.