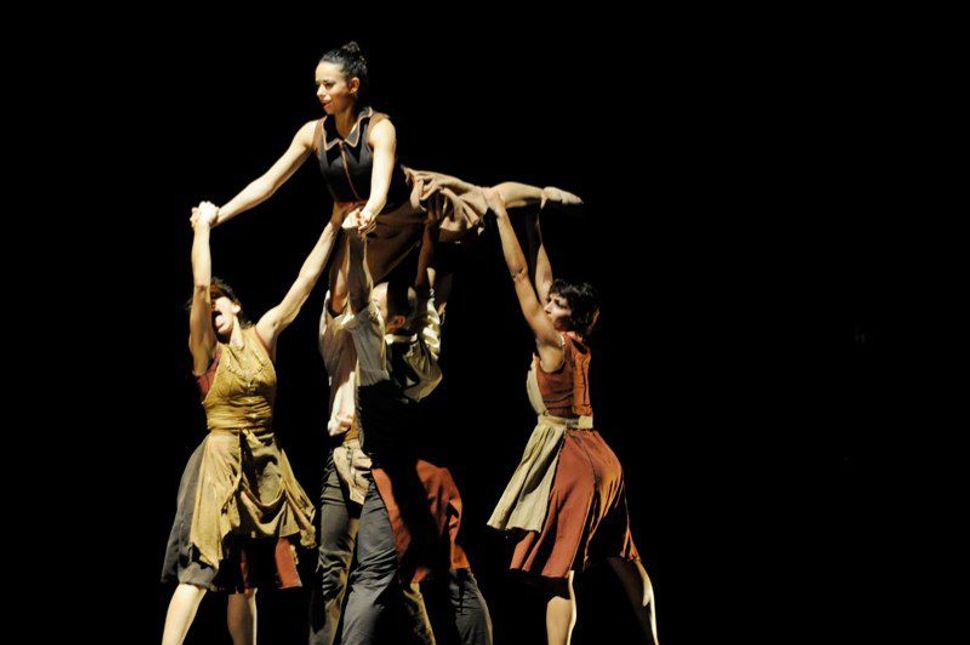 In 2008 Marshall, who has been based in Israel as well as LA since 1994, created the ballet “Monger,” which was praised last year in the Forward, and will have its much-anticipated U.S. premiere at the venerable Jacob’s Pillow Festival on July 7, with repeat performances through July 11.

According to Marshall, “Monger” expresses the predicament of a “group of servants, trapped in the basement of the house of an abusive mistress.” The dance narrative is diversely inspired by the writings of Bruno Schulz, Jean Genet’s play “The Maids,” and Robert Altman’s film “Gosford Park.” Set to music ranging from the Israeli group Balkan Beat Box to Handel to NPR’s “Yiddish Radio Project,” “Monger” was first performed at The Suzanne Dellal Centre for Dance and Theatre at Neve-Tzedek, Tel-Aviv, a lively spot directed by the performing arts powerhouse Yair Vardi.

A ballet for 10 dancers, “Monger” tries, according to Marshall, to explore the “dynamics of hierarchy, power, free will and the compromises one makes in order to survive.” Definitions are also helpfully provided by Marshall of its title, which is both a noun (“A dealer or trader of a commodity”) and a verb (“To sell yourself”). All told, “Monger’s” muscular athleticism and kinetic forthrightness look likely to duplicate the success of Marshall’s 1998 ballet “Emma Goldman’s Wedding,” which toured Europe to widespread acclaim.

An even newer ballet by Marshall for a dozen dancers, “Rooster,” was premiered at Tel Aviv’s Israeli Opera in November, 2009. Also a singer, Marshall performed in 2006 with Yo-Yo Ma’s touring world music extravaganza, “The Silk Road Project.” More recently, Marshall has sung with the Yuval Ron Ensemble, a group dedicated, as its website declares, to “creating musical bridges between people of various faiths and ethnic groups worldwide.” Taking into account Marshall’s multi-talented energy, if anyone can construct such bridges, he probably can.