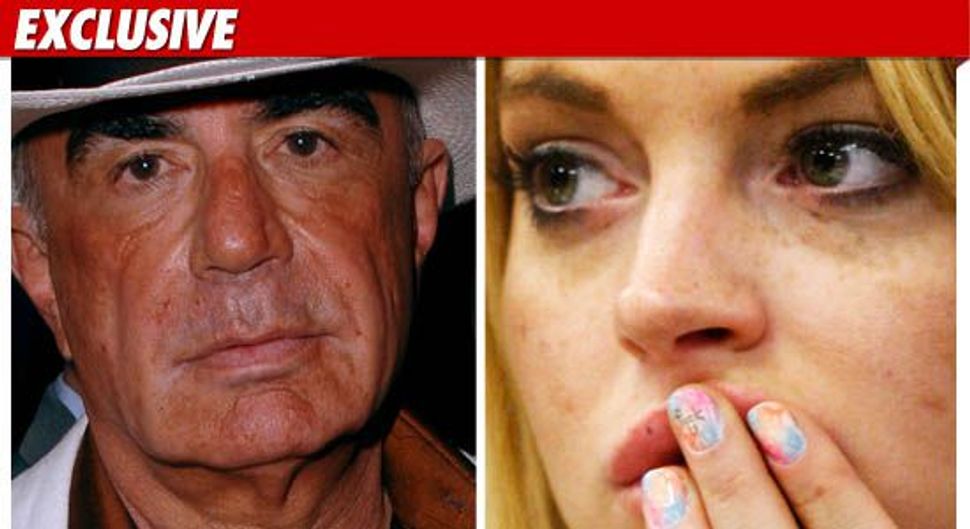 Image by courtesy of TMZ

We recently reported that Lohan was spotted arm-in-arm with former IDF soldier Eilat Anschel. Yesterday, it was reported that she recruited former O.J. Simpson-defender and not-so-favorite-Jew Robert Shapiro to rescue her from the perils of the woman’s prison system.

And let’s not forget Lohan’s recent Twitter feud with the biggest yente of all time: Joan Rivers. Rivers had 140 characters of harsh words for the troubled actress, tweeting:

“Lindsay Lohan is so dumb. Her idea of being sworn in is cursing at the judge” (Rivers was purportedly referring to the choice words that Lohan had scribbled on her fingernail during a recent court appearance) and “Lindsay Lohan said she wouldn’t mind being under oath because she thought Oath was a Norwegian ski instructor.”

Queen of the one-liners, Rivers must have felt some Jewish guilt yesterday, because she started to tweet nice, changing her message to:

“Lindsay, I am pleading with you. You’re beautiful, you’re smart, you’re talented. Go to rehab, you’re young…I will pay for your rehab!”

Wow, Lohan is finding love, legal advice and even financial support from some bad-ass Jews. Maybe she’s found some mazel after all.