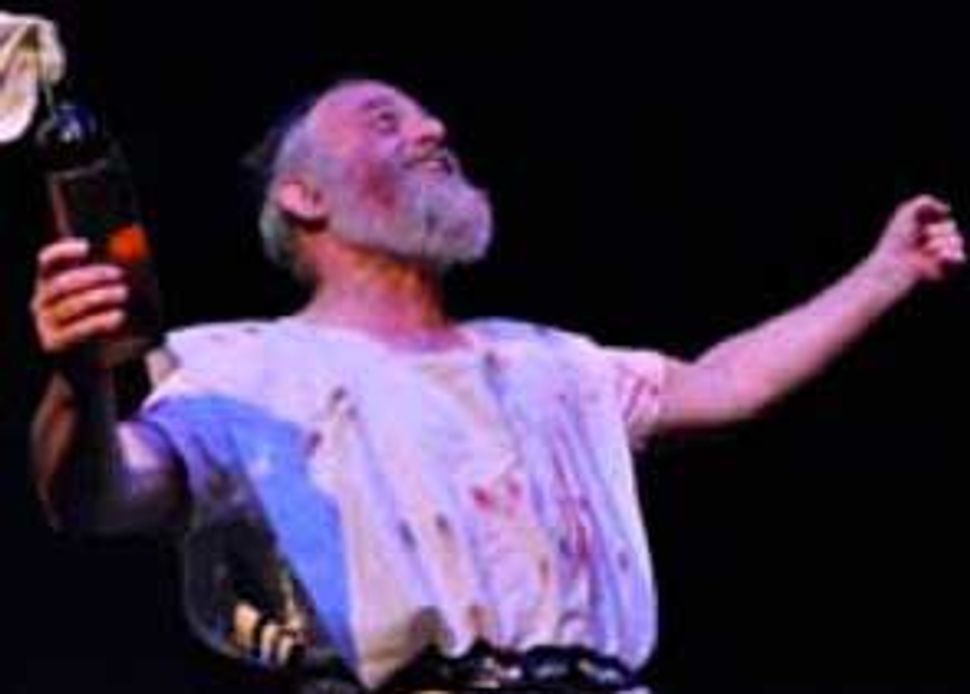 A crowd of more than 60 people packed a makeshift theater at the Sixth Street Community Synagogue on Sunday, where David Mandelbaum, founder and director of the New Yiddish Rep theater company, staged his one-man performance of “Yosl Rakover Speaks to God.” Mandelbaum has been performing this show for more than two years now, but this staging came at a particularly auspicious time, just ahead of Tisha B’Av, which began last night at sunset.

Initially instituted to commemorate the destruction of the first and second Temples in Jerusalem, the fast of the 9th of Av has evolved into a collective day of Jewish mourning. And no single catastrophe bears such commemoration as does the Shoah. Indeed, watching Holocaust-themed films is a common pastime on this fast day. Interestingly, the Hebrew word for destruction, churban, in Yiddish means “Holocaust.”

A fictional memoir written in 1946 by Zvi Kolitz, a European immigrant to Palestine, “Yosl Rakover Speaks to God” is fascinating for its depiction of one man’s stubborn faith in a God who is nowhere to be found. Rakover has lived through hell and is ready to die — but before he goes, he has a few things to say to God. There is madness in this monologue, which gets a stellar performance by Mandelbaum. “You have done everything to make me lose my faith in You, to make me cease to believe in You. But I die exactly as I have lived, an unshakeable believer in You.”

It is tempting to chalk up Rakover’s madness to the suffering he’s endured. But that’s too easy. Instead, the madness that Rakover displays in his loving rebuke of a God who does not abide by his own Torah, seems emblematic of that ubiquitous Jewish struggle between faith and reason, persecution and perseverance. And that may be what Tisha B’Av is really all about.