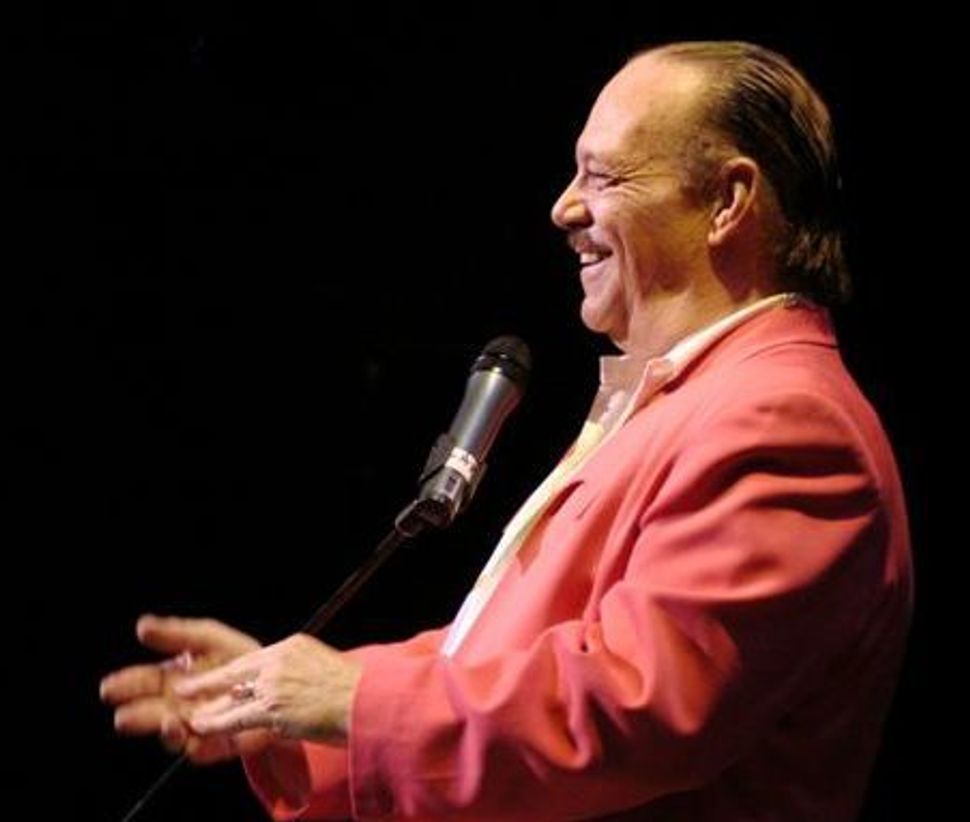 In the salsa world, they call him El Judio Maravilloso, the Amazing Jew. And when the legendary pianist Larry Harlow — born Lawrence Ira Kahn — joined the funk orchestra Grupo Fantasma on stage last night at New York’s Le Poisson Rouge, he delivered on his nickname.

It was a moment of generational fusion. Harlow, 71, produced more than 250 albums for Fania records, and recently won a Latin Grammy Lifetime Achievement Award. Grupo Fantasma consists of 10 young musicians, mostly Latinos from Texas, whose sound channels the salsa and cumbia styles popular in Harlow’s heyday.

Harlow played on “Juan Tenorio,” a tune about a man who confronts his wife’s lover, then reveals he has killed his cheating spouse. The same song featured a baritone saxophone solo from Josh Levy. With his polo shirt, cargo pants, and Cleveland Indians cap, Levy’s attire was incongruous with the polished look of his band mates. But there was no doubt that his low-register sound anchored the horn section that drives the band’s live energy.

Grupo Fantasma opened their set last night with “La Conozco Ella,” a sing-along about a guy who spots a beauty on the corner and swears he’s seen her before. For the next hour and change, the band cranked out songs, most of them from their latest album, “El Existential.”

The energy never flagged, with dueling guitars, conga breakdowns, and exuberant trombone solos from Mark “Speedy” Gonzales. At the start of “Calor,” lead vocalist and percussionist Jose Galeano announced: “The heat is on.” And in “Sacatelo Bailando” he urged the crowd to shake off a hard work week on the dance floor. It was only Tuesday, but plenty of people took his advice.