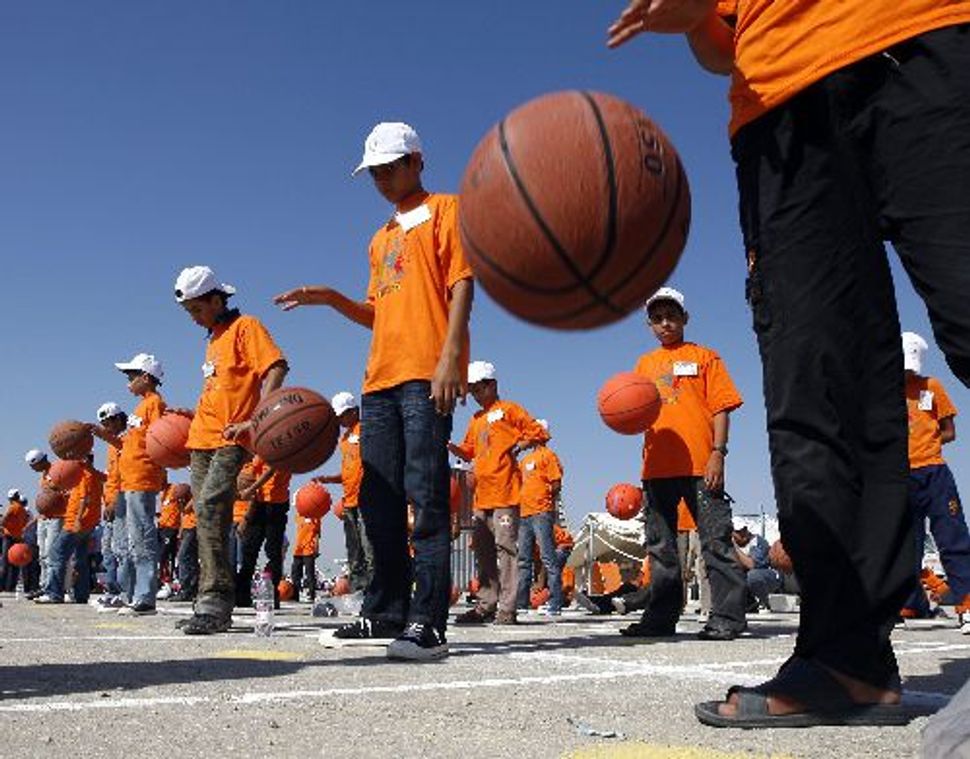 In a rare piece of lighthearted, apolitical news from the Gaza Strip, AP reported that more than 7,000 Palestinian children there spent five minutes on Thursday simultaneously dribbling basketballs in an attempt to enter the Guinness Book of World Records.

The children, among 250,000 in the Gaza Strip who attend United Nations summer camps, were aiming to beat a previous record set in Indiana in 2007. (The political angle here — and there always is one — is that about 100,000 other children in Gaza attend competing summer camps run by Hamas, where they reportedly learn Israel-hating, along with swimming.)