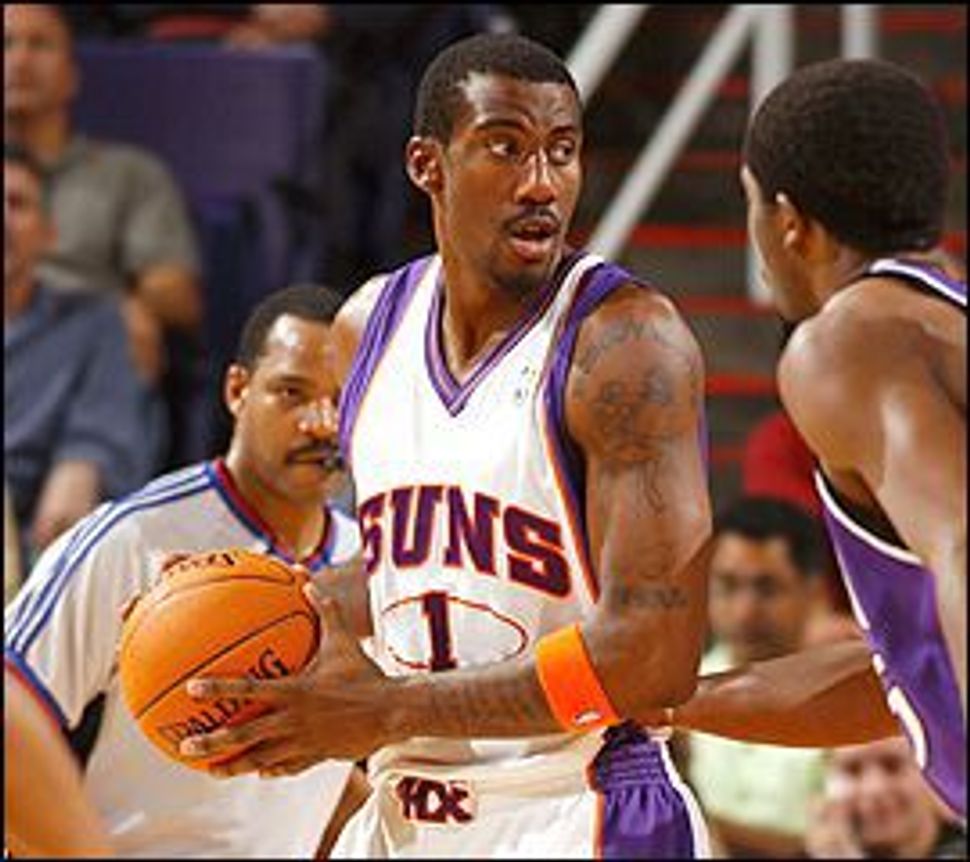 While Jewish New York Knicks fans may wonder if signing NBA superstar Amare Stoudemire was worth the $100 million price tag, as well as the loss of all-star center and all-around mentsch David Lee, they can at least take comfort in the fact that the 6-foot-10-inch power forward has taken an interest in Judaism.

Stoudemire, picked up by the Knicks in a failed attempt to lure Lebron James to Madison Square Garden, is apparently making a trip to Israel. From his Twitter account, dated July 24: “I’m the new Reggie White. (RIP) I’m going 2 Israel 2 study Hebrew. It’s time 2 get a better understanding on who we R. Follow me !! Shalom”

Responding to reports of Stoudemire’s trip, Sacramento King’s Israeli superstar Omri Caspi told AOL Fanhouse’s Elie Seckbach not only that Amare’s mother is Jewish, but that he recently got a Star of David tattoo.

Whatever the merits of these claims, this isn’t Stoudemire’s first foray into Judaism. In the wake of Arizona’s controversial immigration law earlier this year, Stoudemire, who was then playing for the Phoenix Suns, protested the bill by tweeting: “We support the Latin commuity. They are apart of the 12 tribes of Israel. It 1 Nation under YAH (god). Let’s come together. Shalom !! 1love”

Stoudemire’s philo-Semitism, while somewhat eccentric, is surely an improvement on the Jew-baiting days of former Knicks Charlie Ward and Allan Houston. In fairness, however, at least they led New York to the NBA finals. Even with Stoudemire now on the roster, the Knicks may need more than a religious awakening to make the playoffs.