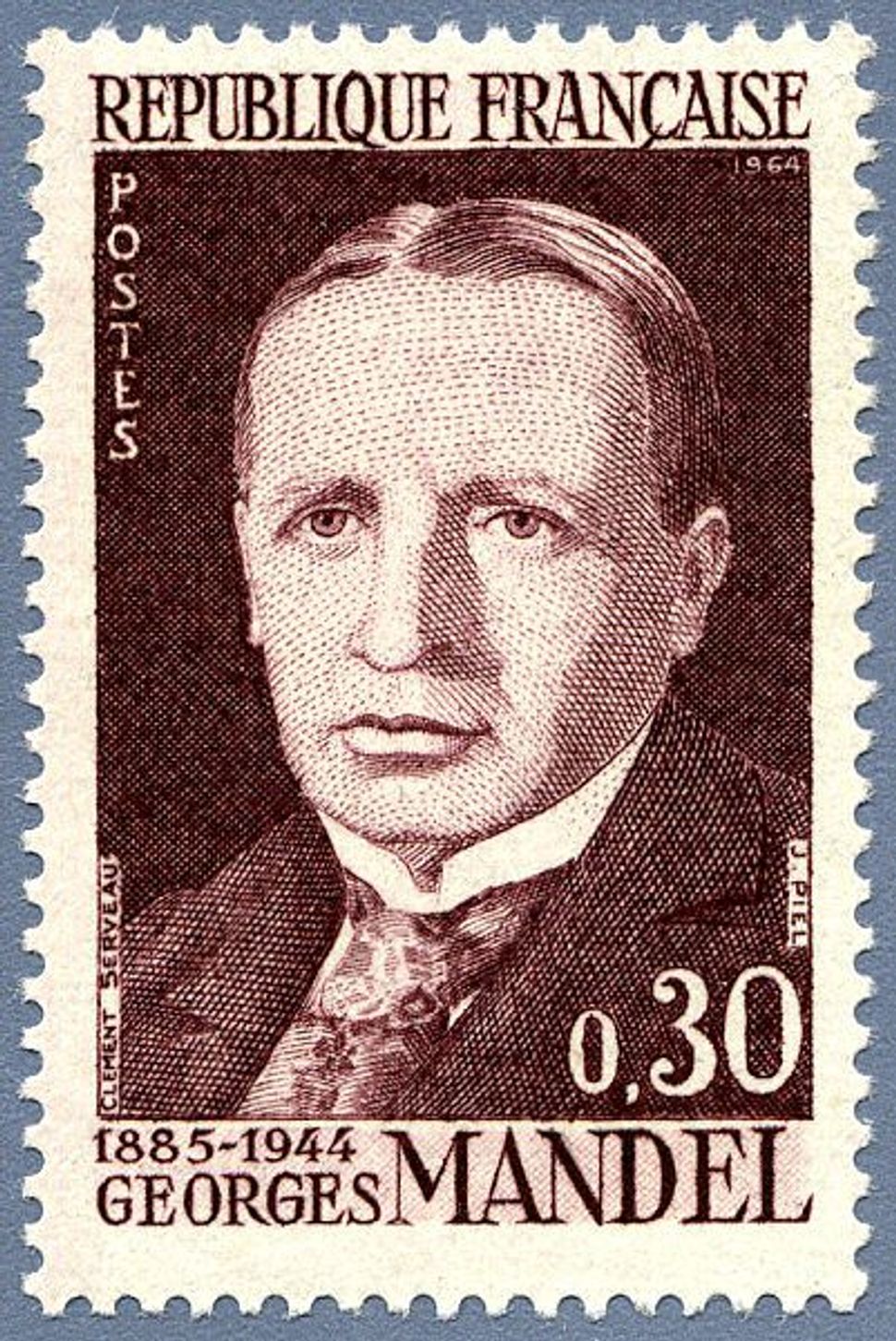 The historian Jean-Noël Jeanneney is mostly known as the author of “Google and the Myth of Universal Knowledge: A View from Europe” (University of Chicago Press), a 2006 attack on the search giant’s book digitization project.

But Jeanneney, who is the former president of France’s notoriously user-unfriendly Bibliothèque nationale, is also the author of many less-incendiary works, including a biography of the Jewish politician Georges Mandel (Les éditions du Seuil/Les éditions Tallandier), and a 1973 TV documentary about the socialist leader Léon Blum.

Now, Jeanneney has returned to these figures in his latest offering, “One of Us Two,” (Edizioni Portaparole), a play that takes the form of an imaginary conversation between Mandel and Blum when, during Germany’s occupation of France, both were imprisoned at Buchenwald.

The two prisoners are unaware of their fate, but they suspect that one, if not both of them, will be murdered by the Nazis, or used in a hostage exchange (whence the play’s title). The moderate leftist Blum and the right-wing Mandel — a French counterpart of Winston Churchill who favored arming against fascism in the 1930s — share little in common politically. As portrayed by Jeanneney, the two men differ on fundamentals as well as specifics, as when Blum states: “Not everything is political,” to which Mandel “fatalistically” replies: “Everything IS political.”

Tolerantly tending patches of parsley and garden chervil near his prison house, Blum seems low-key compared to the trenchantly theatrical Mandel, who quotes Molière and makes puns about French collaborators. When an elevator boy is promoted to the directorship of a Nazi-run Paris newspaper he quips, “Never has an elevator operator risen so fast.” Explaining why Charles de Gaulle is running the Free French Forces instead of himself, Mandel reminds Blum bitingly: “You may not know this, but I’m Jewish — (ironically) were you aware of that?”

To simplify the dialogue, Jeanneney eliminates an essential real-life prisoner, Blum’s companion Jeanne Reichenbach, whom he married at the camp, with Mandel as best man. This significant omission apart, Jeanneney does manage to catch the tone of two somewhat stuffy, highly educated French Jewish intellectuals who have devoted their lives to politics.

By the time Mandel is dragged away to be murdered by France’s Milice in retaliation for the French Resistance murder of Vichy propaganda minister Philippe Henriot, we seem to know the two Jewish politicians more intimately.