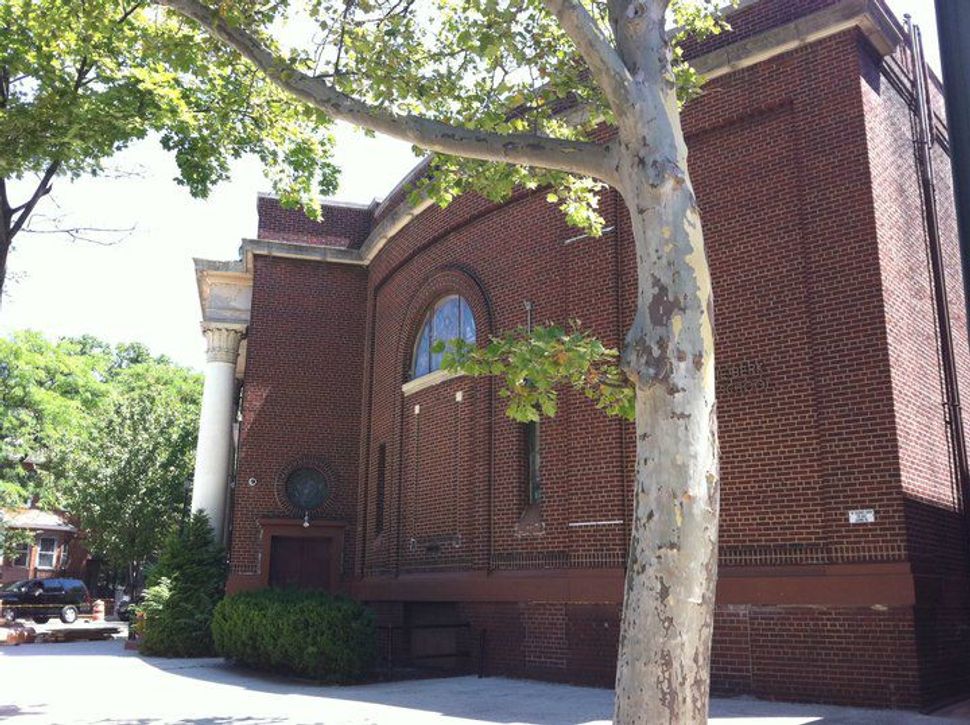 The venue is located in the historic Temple Beth Emeth on Marlborough Road and boasts a 97-year-old sanctuary where the concerts will take place. The Arty Semite spoke with Winograd about what makes the Temple a good venue, the kind of shows he’ll be putting on, and the state of acoustic music in Brooklyn.

The Arty Semite: How did you decide to start this venue, and what makes Temple Beth Emeth a good concert space?

Michael Winograd: Richie and I were walking around our neighborhood, probably over a year-and-a-half ago, and we passed the synagogue and were like, “This is interesting, let’s go inside.” Then we saw the chapel and we were like, “This is amazing, how come we haven’t done concerts here?” It’s a Reform synagogue and the chapel itself is basically only used for services on the weekends, so it’s used very little. But it’s a gorgeous chapel, it’s the oldest part of the synagogue, and it has great acoustics.

Don’t you think there are already enough music venues in Brooklyn?

Well a lot of places have opened in our neighborhood, but those sort of venues really only cater to a certain crowd and not to any of the stuff that we do. In general they have not been very good for acoustic music. So we decided to open a venue that’s run by musicians, where the only criteria is that it’s good acoustic music. Plus it’s always hard to find a good acoustic sound space.

As a curator, what kind of shows are you looking for?

You know, hopefully as a curator I’m looking to please the artist more than I am the audience, because as a musician that’s an obnoxious, biased side of myself. But I would like to get acts that are fun and that are well enough known to draw people in, and if we do that for the first couple of concerts it’ll go well.

Nope. We are having one Jewish concert so far but that’s just because it’s my thing. But there’ll definitely be all kinds of music.

What do you envision for Ditmas Acoustic in the future?

Hopefully if it goes really well we could see having two or three concerts there a month, with different curators from the community, and more people getting involved. I think in the future I’m more interested in finding different curators. I would be fine booking one or two shows a year and having anyone else book it the rest of the time. Plus I’m out of town a lot, and so is Richie, so I think having someone curate two concerts in March, or three in April, for example, would be great.