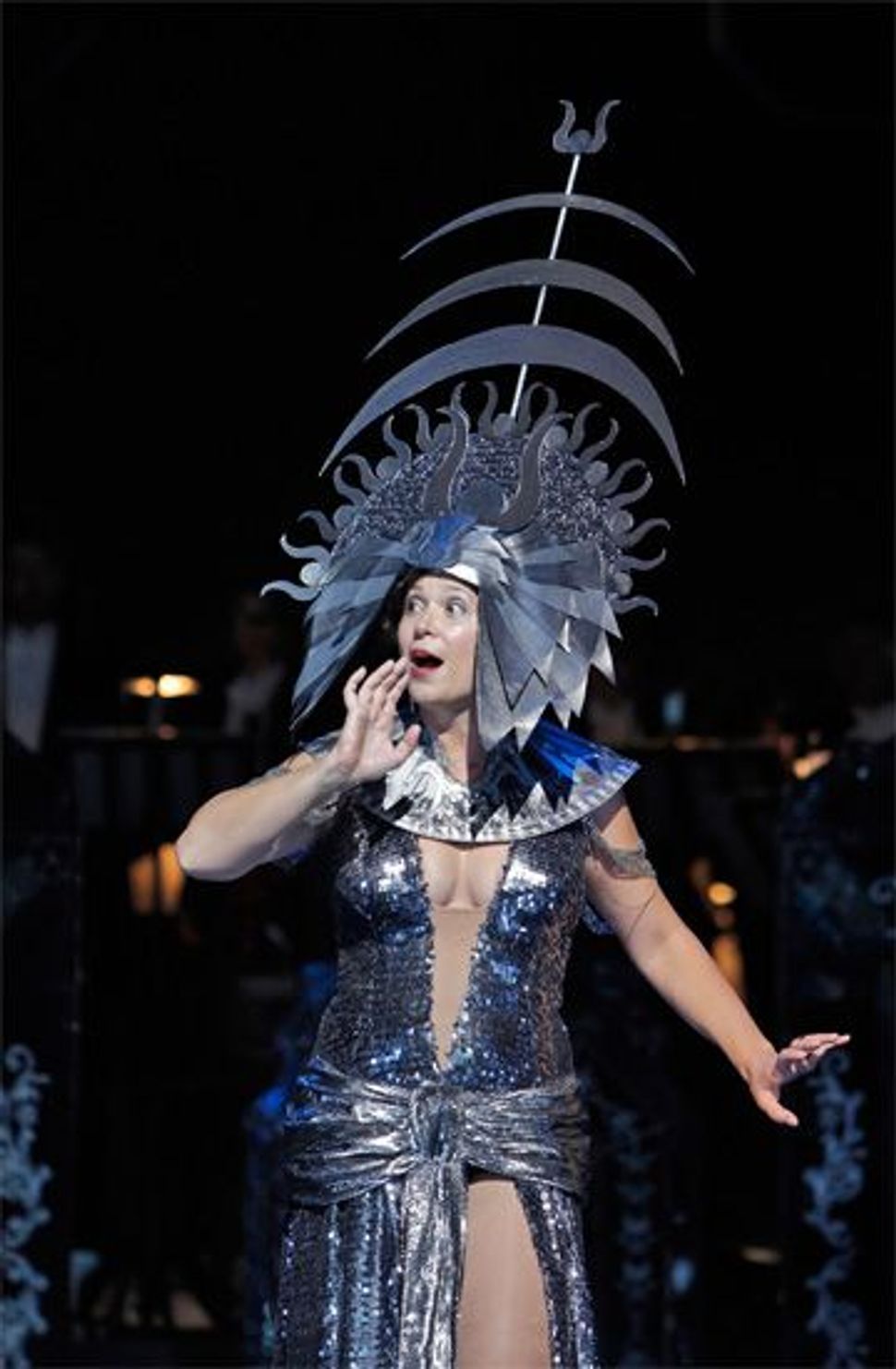 Yamina Maamar as Grete in ?The Distant Sound.? Image by Cory Weaver

I don’t often rave, but this was a superlative event in every way possible. Whatever small reservations I had after hearing “The Distant Sound” in concert in 2007 disappeared upon seeing it staged. Leon Botstein conducted the opera’s astonishingly complex score for huge (and multiple) orchestras with passion and clarity, revealing the sudden depths and multilevel range of the music.

The musicians, for their part, responded in kind. Thaddeus Strassberger’s innovative production pushed the plot forward a few decades in order to map the opera onto the composer’s own life, making the deluded trajectory of the male lead Fritz, a spiritual-seeking composer sung with appropriately obtuse conviction by Mathias Schulz, all the more affecting.

As Grete, the meatiest role of the opera, Yamina Maamar reveled in her abrupt transformations in each of the three acts — first as an abused and naive young girl, then as the most celebrated courtesan in Venice, and then as a broken-down whore. Schreker designed this late-Romantic proto-feminist opera to attack some of the most cherished tenets of German Romanticism. “Grete” is the diminutive of “Marguerite,” the heroine of Goethe’s “Faust,” and challenges Goethe’s notion of the “Eternal Feminine” as the sacrificial engine for (male) achievement. Richard Wagner’s son was reported to exclaim after a performance, “It’s as if my father never existed!”

This year’s Bard Festival’s focus is on Alban Berg, a most appropriate forum for “Der Ferne Klang.” Berg was hired to reduce Schreker’s complex score down to a study version for voices and piano — and what he learned from Schreker in doing that job is manifest in every scene of his own “Wozzeck.” Engrossing and exhilarating, “Der Ferne Klang” is as vital a work of musical theater as any in the operatic canon, and should be imported, as is, to New York.

Previously in the Forward: