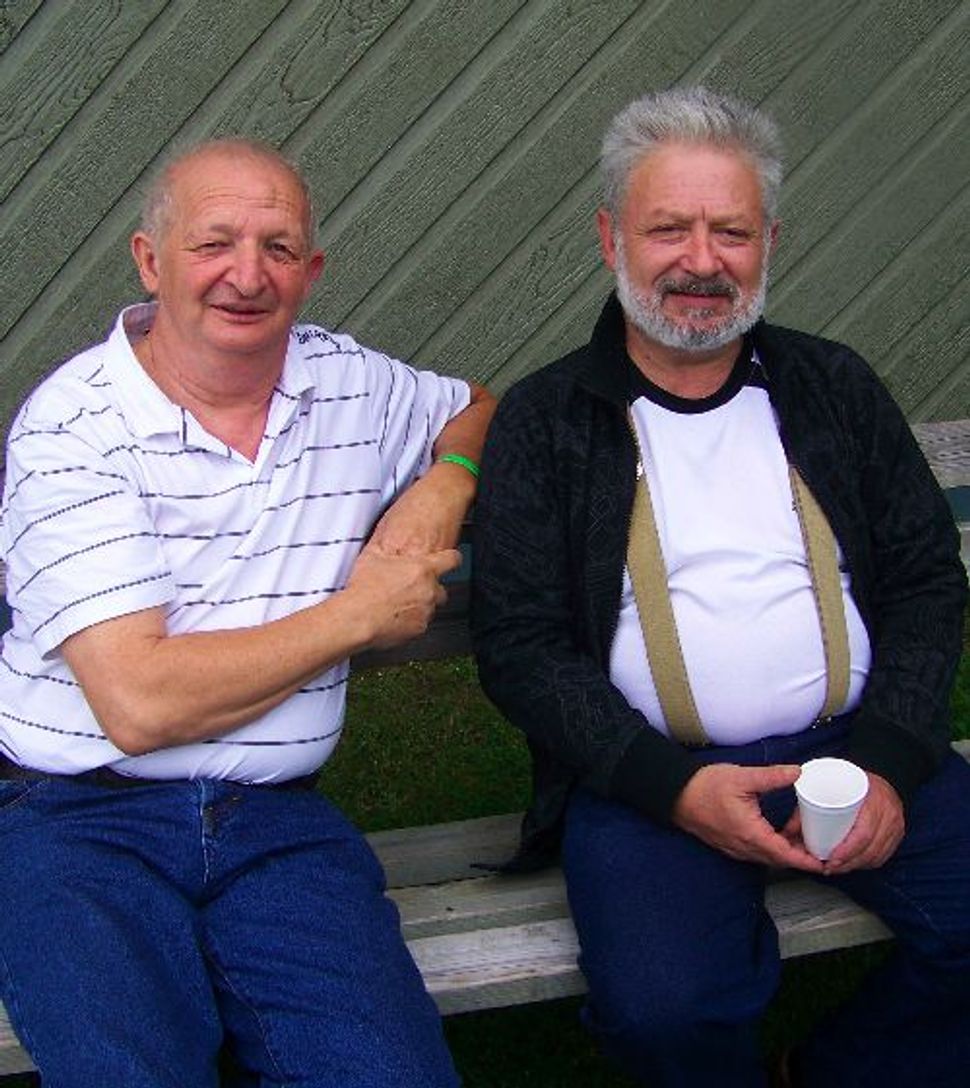 According to Netsky, The Discovery project “identifies people in the community who not only have interesting lives, stories and connections to Jewish culture, but also materials to share, for people to immerse themselves in; catalysts for creative work.‟ Some of the “discoveries‟ so far include a badkhn (wedding entertainer) from the 1930s and his notebooks, and a Yiddish folk-poet and his work.

This year, the Bessarabian, now Canadian, accordionist Edward Kagansky called up his old clarinetist Yosl (Joseph) Pollack, who now lives in Israel and whom Kagansky hadn‘t seen in years, to come and check out KlezKanada. It was too late for Pollack to come as a teacher, so he bought himself a plane ticket to Montreal and become the surprise hit of the summer — as well as definite material for the Discovery Project.

Pollack was born in Tashkent in 1946 after the evacuation of the Soviet Jews eastward during the Second World War. His family was from Moldavia and returned there after the war. He played clarinet in all kinds of bands, and looked up the old klezmorim that were still in the Kishinev area. He recorded and transcribed their melodies and used them in his gigs.

For people who know the American klezmer scene, Pollack‘s story sounds familiar. Moldavian clarinetist German Goldenshteyn, who died in 2006, became a “living treasure‟ after moving to Brooklyn. And Pollack’s interest in recording the klezmer tunes of fellow musicians and compiling them into books mirrors Goldenshteyn’s. In fact, years earlier Netsky had paired Kagansky and Goldenshteyn for week-long workshops at the New England Conservatory with fantastic results. To my ears, Pollack’s and Goldenshteyn‘s clarinet playing sound eerily similar.

So the participants at KlezKanada may have witnessed “a star is born‟ scenario this summer. In any case, the good music and good vibes of the place are hard to beat.

Itzik Gottesman is the associate editor of the Forverts and teaches Yiddish folklore at KlezKanada.