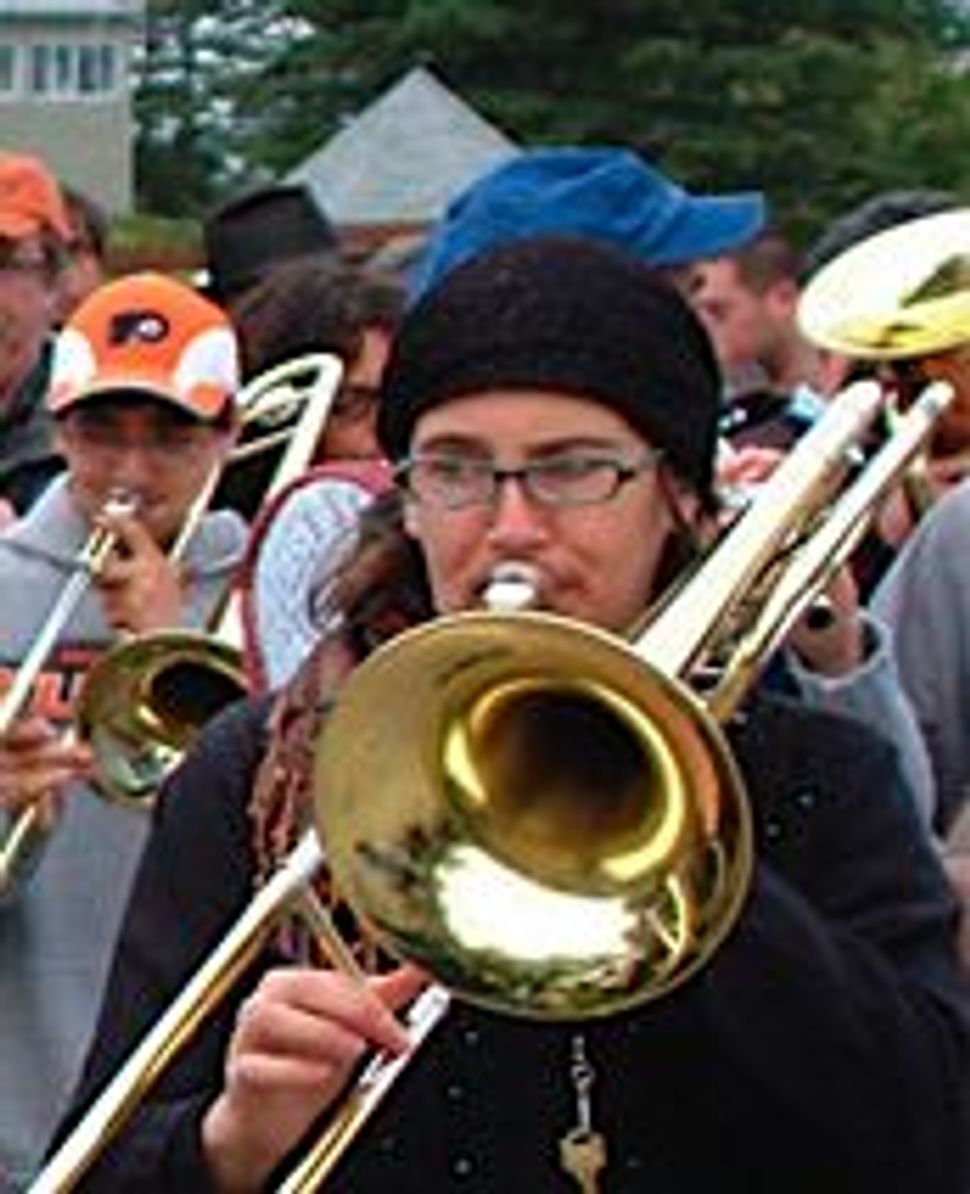 Montreal is a city with a packed music calendar. From the Montreal International Jazz Festival to Pop Montreal to Francofolies, the city has something for every kind of fan. While Jewish bands and artists have cropped up at all of these events, until now the city has been missing its own full-fledged Jewish music festival.

Recently, however, the city’s Jewish music scene has been coming into its own. Last year, the Ghetto Shul, a student-oriented synagogue in downtown Montreal, started its “Nights at the Ghetto Shul” series in collaboration with the Jazz Festival and KlezKanada. This year, that event is joined by the first ever Montreal Jewish Music Festival, which runs from August 29 to September 2. Sponsored by KlezKanada and organized by harmonica maestro and Shtreiml bandleader Jason Rosenblatt, the festival’s lineup ranges from Montreal stalwart SoCalled to Moroccan cantor Aaron Bensoussan to Israeli jammers the Moshav Band. The Arty Semite talked to Rosenblatt about why it took so long for Montreal to get a Jewish music festival and what this event adds to the city’s festival line-up.

It seems like this festival has been a long time coming. Have you been working on it for a while?

Jason Rosenblatt: I think it’s one of those things that’s been said over the years, ‘Oh, how come there’s no Montreal Jewish music festival?’ The Sephardim have a festival, but that’s more of a culture festival than a music festival. It’s just that no one ever really took the initiative. But it only takes a band and a venue, and then multiple bands and venues, to make a festival. So it’s me coming along in March or April and saying ‘Why don’t we just book it, and see where we can go from there?’

What does the Montreal Jewish Music Festival bring to the city’s music scene?

It’s a concentrated place where you can go for your Jewish music fix. So you don’t have to look through the whole Jazz Fest catalog to find the one Israeli group, or the one Sephardic music group — here you can get it all in one place.

Did you have a specific part of town that you wanted the festival to be in?

The goal was to keep everything in the downtown area. It’s important for us that the regular community of Montreal come out and support the event, because we feel that all these shows have value, whether you’re a fan of jazz or rock or klezmer, they are a great musical experience.

Do you think that the Montreal Jewish Music Festival will conflict with Toronto’s Ashkenaz Festival which is happening around the same time?

It’s not really a conflict at all. In fact it helped The Other Europeans, because now they have an extra gig before they get to Ashkenaz. In the future this is something that KlezKanada has been throwing around — why not make a circuit of Jewish festivals, which would make the cost of bringing in the big names that much cheaper?

This is being billed as “The First” Montreal Jewish Music Festival. I assume you intend it to continue?

We’re starting off small, but we’re hoping that people will come out for this one and then next year they’ll support it again, and the festival will grow from year to year.