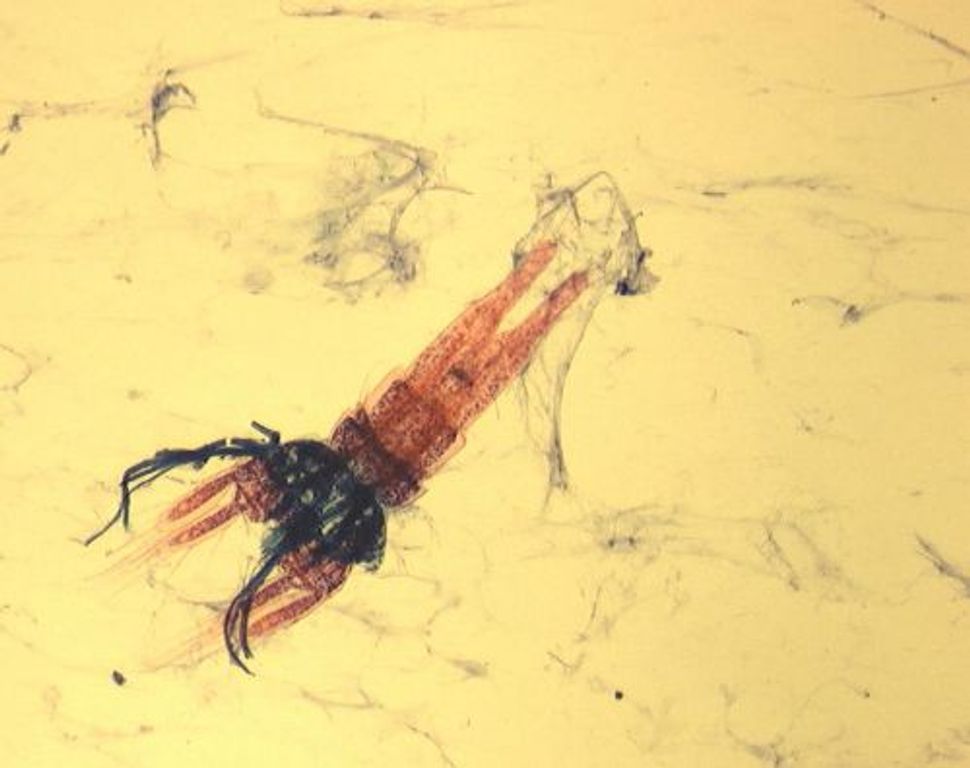 The poor Hasidim just can’t catch a break. Now even their water is not kosher.

Yesterday, a blogger on the social news website Reddit uploaded photos of crustaceans found after an examination some New York City tap water under a microscope. The tiny creatures, called copepods, became apparent after an H&E stain was added to the water.

According to the post, the un-kosher critters are added to water reservoirs to “attack, kill, and eat the younger first and second instar larvae of the mosquitoes,” making it safe to drink.

The photos highlight an article republished in 2004 by Water & Wastes Digest about the Orthodox Jewish community’s insistence that the city do away with the appetizer special in the water. “We hope the city will do something to purify and filter the water to accommodate a few hundred thousand Orthodox, observant Jews,” said Rabbi Abraham Zimmerman of the ultra-Orthodox Satmar sect in an interview with the Associated Press.

The AP also reported that a Department of Environmental Protection spokesman said the copepods are impossible to remove from the water and that they provide a health benefit to reservoirs and water drinkers.

In the mean time, a simple store-bought filter will do the trick.