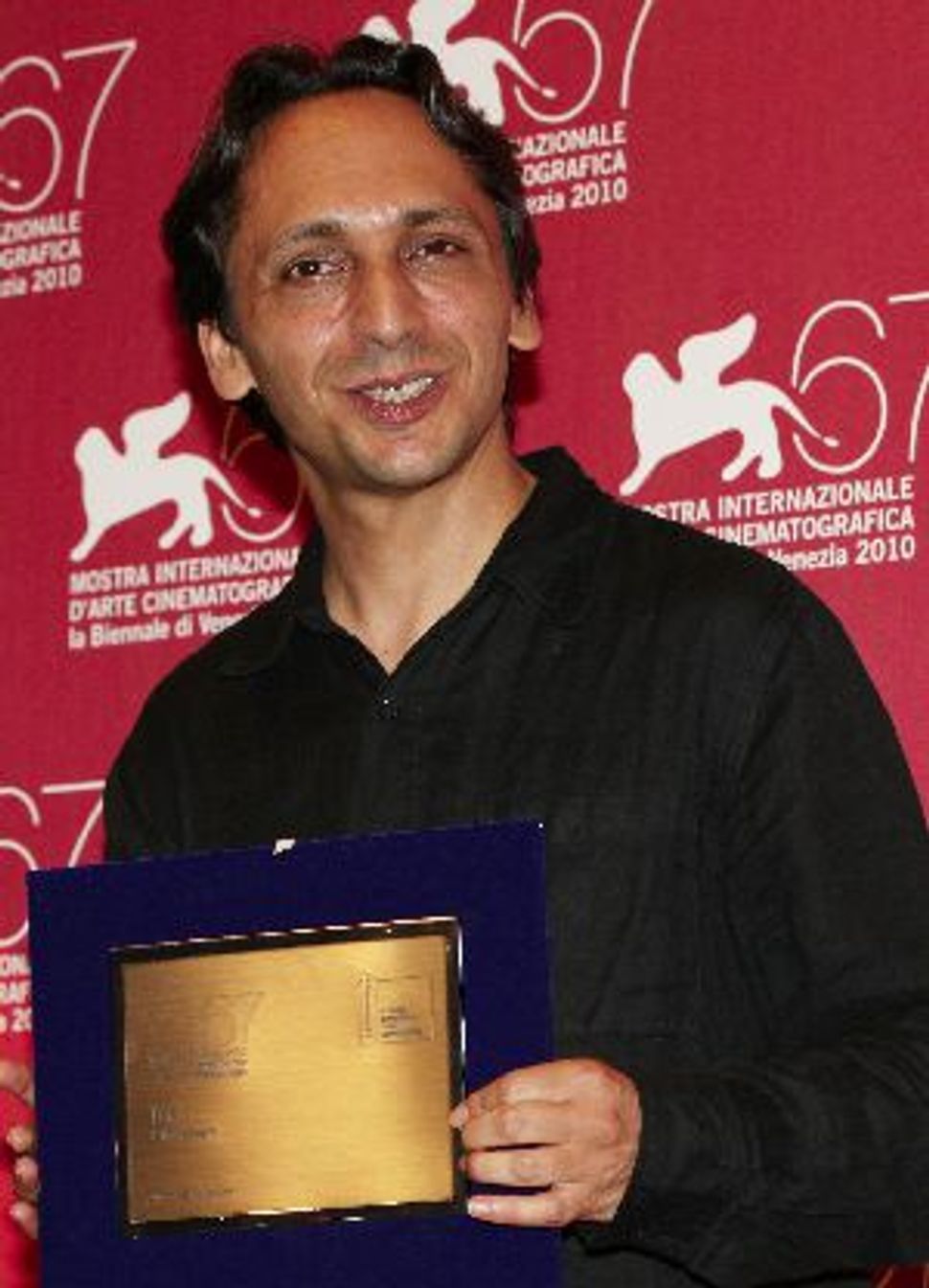 A movie combining a sexual fetish with elements of Jewish folklore and Israeli foreign policy has won a prize at one of the world’s most prestigious film festivals.

“Tse” (“Out”), a 34-minute project by Israeli video artist Roee Rosen, took home the Orizzonti Award for medium-length films at the Venice Film Festival on September 11, claiming its place alongside such festival winners as Sofia Coppola.

Performed in Hebrew and Russian, the film includes a central scene that features two women acting out “dominant” and “submissive” roles, with the first striking the second as part of a sexual game. In contrast to other, er, films on this sort of theme, the second woman responds not with monosyllables, but with complete sentences — each of which are verbatim quotes previously spoken by Avigdor Lieberman, Israel’s right-wing foreign minister. “Thus, a scene of erotic pleasure and pain becomes an exorcism,” according to the film’s official description in the festival program. The program goes on to say that the movie offers a contrast between “the present rhetoric of the Israeli right” and the country’s “free-spirited sexual community.”

“Tse” has been likened elsewhere to Jewish folklore involving the dybbuk, a malevolent spirit that can take control of a human body. Whether or not the Venice jury understood the reference, it praised the film as “an extremely daring work,” saying that it used “simple means” to “enlight[en] the audience about dangerous ideologies.”

Rosen, an instructor at Jerusalem’s Beit Berl College and Bezalel Academy of Arts and Design, has staged past shows at the Israel Museum and at London’s Tate Modern. He screened “Tse” in August at the opening of “Evet,” a Tel Aviv art show that used one of Lieberman’s nicknames as its title. Described in official materials as “artists responding to Lieberman,” the highly critical show generated a burst of controversy at the time of its premiere, reportedly including threats of a lawsuit by Lieberman’s political party.