Do We Agree With Slate’s Assessment of the State of Jewish America? 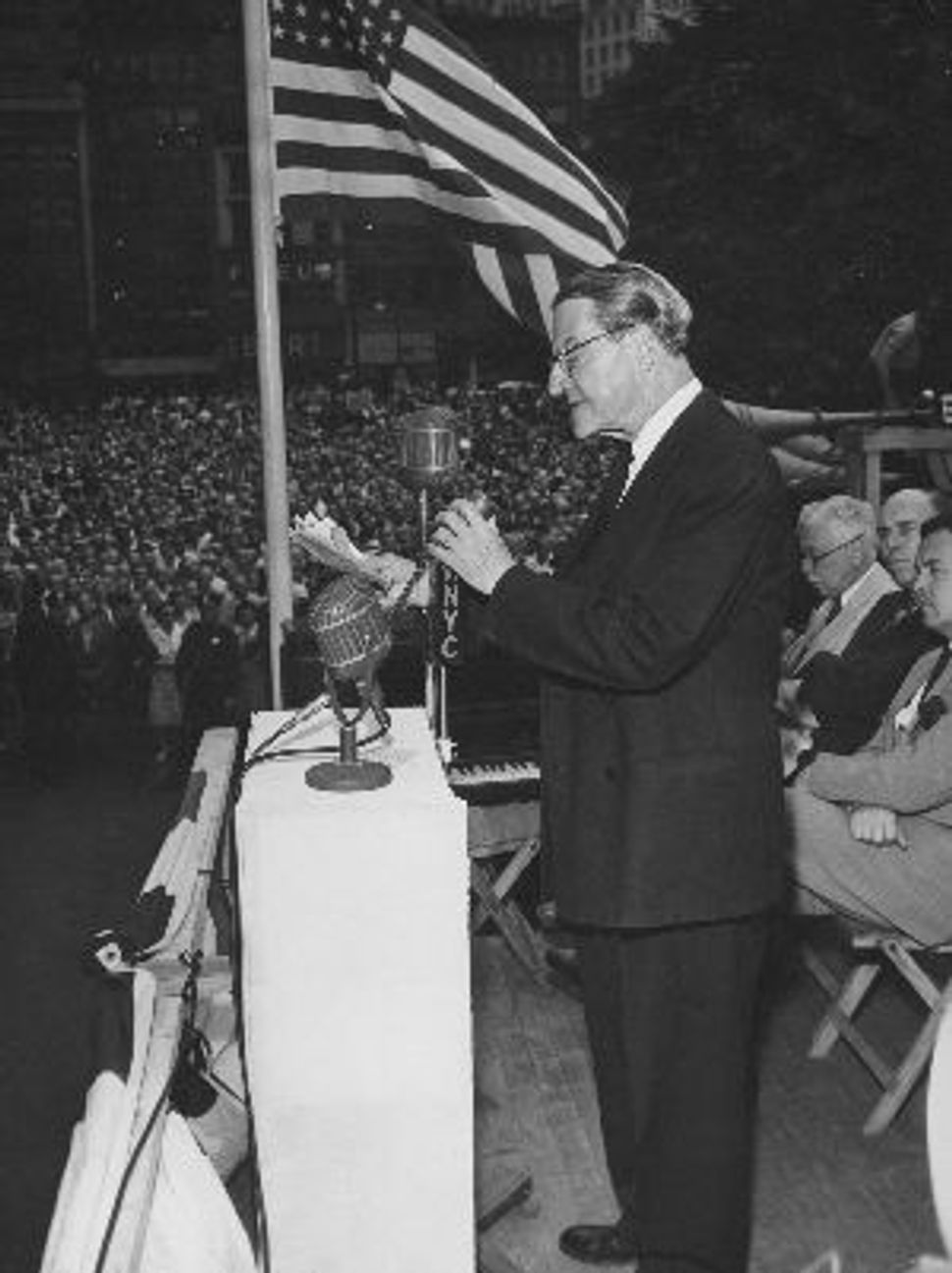 I think this is mostly an example of the kinds of pieces that get published around the High Holidays — because Slate, like all media, looks for Jewish content around now. It’s not really an essay that focuses on a new or even relatively recent problem in a new way. The piece is also focused mostly on the Orthodox rabbinate, which represents a small percentage of “American Rabbis,” and the author’s list of great American rabbis from the past doesn’t include many who were actually American, just Europeans who had success as leaders and/or scholars after coming to America. Most of [the article’s] arguments are, literally, already decades old — since the evidence given for the problem includes the breaking news that the Lubavitcher rebbe has been dead for 16 years, without a successor. This feels very much like what it is: the opinions of an Israeli who does not much understand or appreciate American Jewish life.

Great American rabbis are only a thing of the past if one defines “great” the way Shmuel Rosner does. There are lots of reasons why we don’t have rabbis like Stephen S. Wise or Soloveichik anymore — including the empowerment of the laity (for example, The Jewish Catalog), the proliferation of Jewish studies in universities and the greater sophistication of professional leaders. Lists like the Newsweek 50 render invisible the many really great rabbis who, through their teaching, counseling, writing and vision, have created synagogues that really matter in people’s lives.

Author, “Deborah, Golda, and Me: Being Female and Jewish in America” (Anchor, 1992), Founding Editor, Ms. Magazine

Great American rabbis do exist, but like the Lamed-Vavniks [36 righteous men said to be born every generation] of the world, they’re not always recognized in contemporary Jewish life. Paradoxically, the more media we have, the less we know about the special rabbis in our midst, because our celebrity culture (that is, America’s “best” rabbis) often favors the hotshots and self-promoters over the quiet wise ones who, rather than pursue the public spotlight, are lit from within. But so what? In 2010, we don’t need an authority figure to negotiate for our protection or represent our interests in mainstream institutions, so why invest one or two Jews with hegemonic power?

Every generation imagines that its rabbis cannot hold a candle to the great rabbis of the past. Indeed, many rabbis — think of Rav Kook or Rabbi Shlomo Carlebach — seem much greater in retrospect than they appeared to their critics while they were still alive. It is correct that in the wake of World War II, American Jews across the spectrum came to revere rabbis born in Europe: They seemed to them to be more authentic; they were the last link in a great chain that the war had broken. It is also important to remember that the academy has claimed many of the great minds who might in previous eras have been influential rabbis. I nevertheless believe that we have some great rabbis in our midst today.

To be respected as “great” in the Orthodox community requires a great degree of accomplishment “across the board” of what Orthodox Jews consider the hallmarks of rabbinic greatness: personal righteousness, Torah knowledge, the ability to inspire others, and prowess as teachers and guides. There are many such rabbinical figures in the American community. Bemoaning the dearth of rabbinic greatness is a perennial pastime.

Do We Agree With Slate’s Assessment of the State of Jewish America?