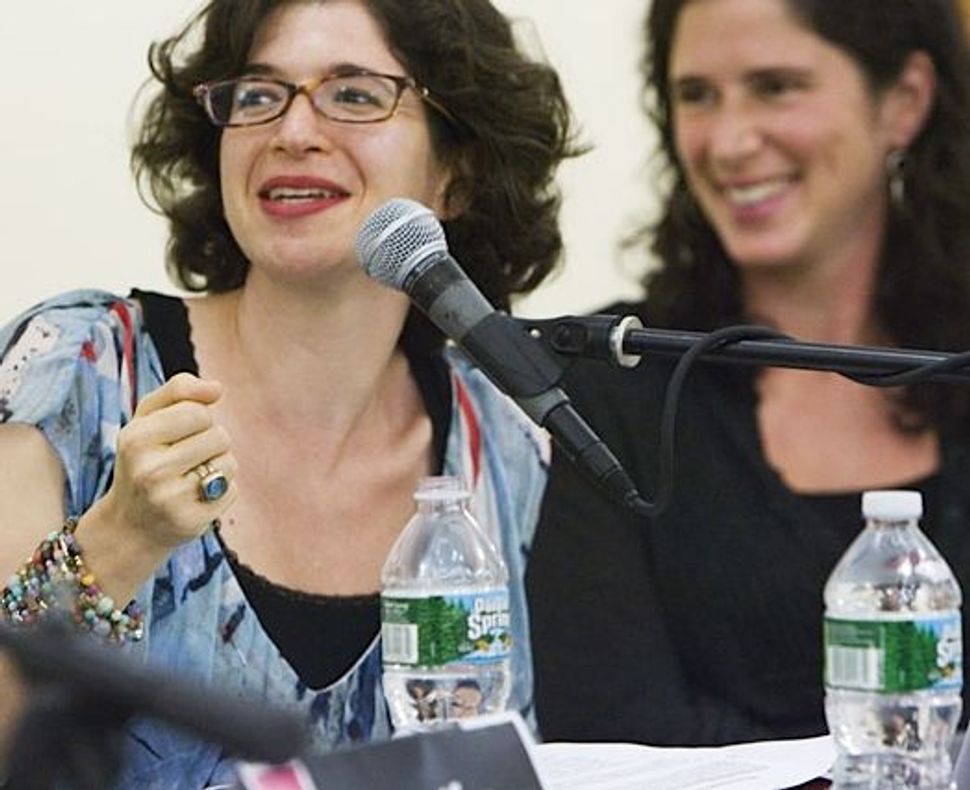 With 200 authors, 175 vendors and 20 venues where panels, readings and general literary deliciousness could be consumed, there were many noteworthy events — too many to even attend. There were zines to browse, thick spectacles to covet, and even Venus Williams was there hawking a book. Borough Hall’s steps grew wet, but the die-hards opened a wall of umbrellas to shield themselves for Sarah Silverman and David Rakoff.

At a panel called “Kafka on the Block,” three American writers parsed the beast that is Kafka; under the steady authority of linguist and New York Times Book Review contributor Liesl Schillinger, Francine Prose, Joshua Cohen and Matthew Sharpe each revealed their dealings with the writer’s work and his legacy.

Prose thought of him early on, when penning an essay about the biblical book of Malachi, in which Malachi (the messenger), criticizes the Israelites for not loving God enough. Of course the essay became about Kafka, who is known to have had daddy issues (what writer doesn’t?). Also, Prose’s English teacher told her that if she liked Ray Bradbury, she ought to check out Kafka.

Joshua Cohen gave Kafka walking tours in Prague, often to Japanese tourists, and said that Kafka himself was the birth of the Jewish writer as we know him. Cohen regaled us with the fact, learned from his past employment, that Kafka’s tombstone has been stolen six times.

Despite the blah name of the “Me … In The World” panel, Sam Lipsyte, Kate Christiansen and Rakesh Satyal made a pleasant grouping. They read from their latest novels and discussed with Gregory Cowles of the New York Times the challenges and joys of character-driven fiction as society and its scenery changes. Lipsyte had the audience in stitches after he read a scene from “The Ask” in which his protagonist’s wife accepts regression, suckling their infant in bed after he’s already been weaned.

Rebecca Traister and Leora Tanenbaum pulled their Jewish weight on the feminist panel, “You’ve Come a Long Way, Baby — Or Have You,” about women and the new stripe of sexism that emerged on the political battlefield during the 2008 election. Tanenbaum has written about slut-bashing, women and religious inequality, and unhealthy stilettos. Traister’s “Big Girls Don’t Cry: The Election that Changed Everything for American Women” is just out.

Both Sharpe and Traister will join us to record Yid Lit podcasts soon, so keep an ear out for those.