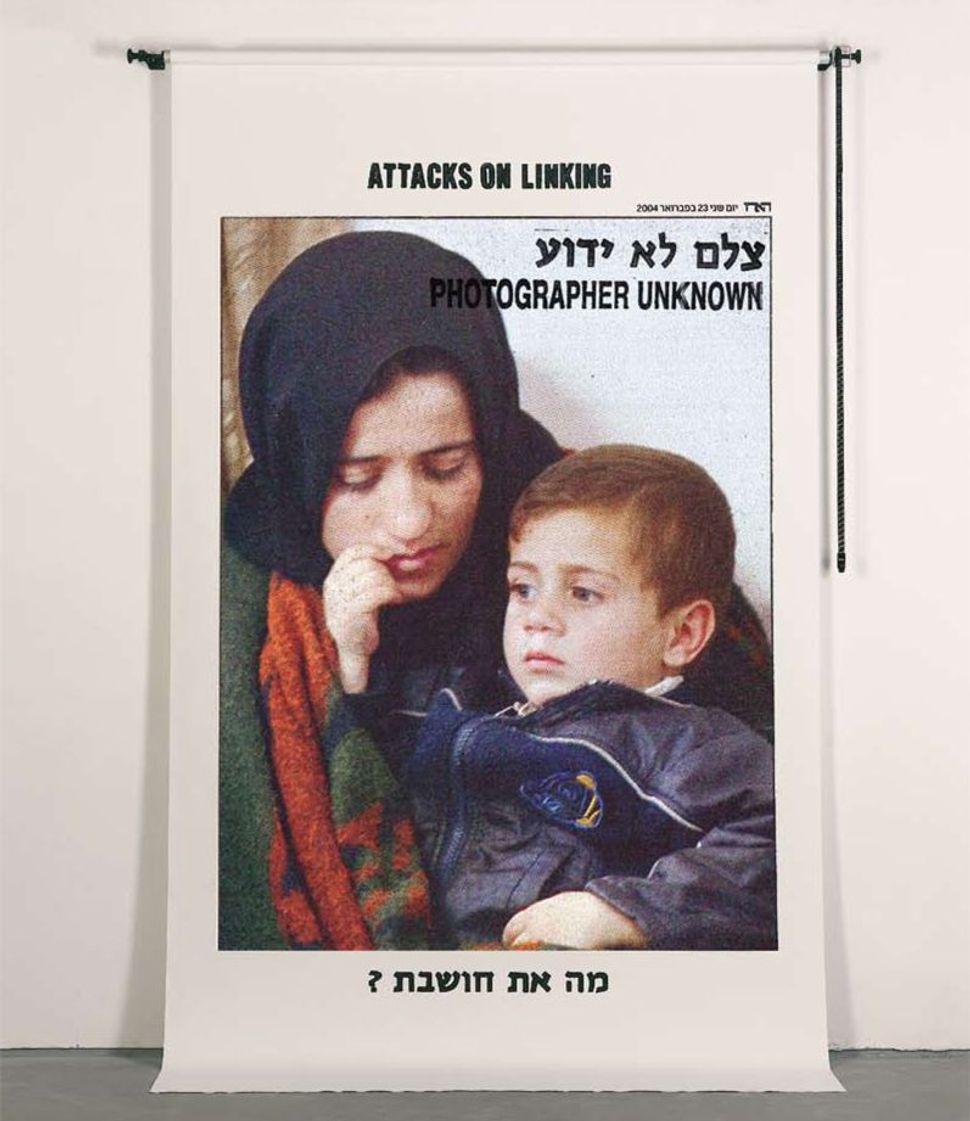 Earlier this month, the Israel Museum and the Shpilman Art and Culture Foundation awarded the first Shpilman International Prize for Excellence in Photography to Michal Heiman, recognizing her not only as a pre-eminent photographer, but also as an artist whose work consistently tests the boundaries between visual art and other means of human expression.

Heiman is perhaps best known for the “Michal Heiman Test (MHT)” — a work arranged along the lines of the Thematic Apperception Test, a psychological diagnostic tool — and “Attacks on Linking,” a series of photographs and videos that draws inspiration from the pioneering work of the British psychiatrist and psychoanalyst Wilfred Bion.

The $40,000 biannual prize was initiated to encourage international research projects, and to broaden the range of photographic investigations that integrate theoretical and practical issues. The jury, which included Peter Galassi, chief curator of photography at MoMA, selected Heiman’s submission from a pool of 35 finalists from nine countries.

The announcement of the award cited Heiman’s work as “innovative and cross disciplinary…grounded in photography, but also [touching] upon psychology, sociology, and perception, with a solid theoretical basis and background.”

Born in 1954 and based in Tel Aviv, Heiman has accumulated over more than three decades a significant body of work incorporating photography, video and “performance” lectures. Enigmatic, occasionally playful, yet also frequently subversive, her work is preoccupied with political and gender-related themes and is strongly influenced by psychoanalytic theory. Her particular interest is in using art as a tool to deconstruct existing thought patterns, using the space thus created to prompt new ways of contemplating the world.

Heiman, who teaches at Tel Aviv University, the Bezalel Academy of Arts and Design in Jerusalem, and elsewhere, proposes to use the award to study the creators of visual psychological tests, and to investigate aspects of photography — including portraiture, stereoscope and World War I documentary imagery — that influenced and were influenced by such tests. Subsequently, she will build two test boxes, “‘The Unthinkable I’ — For the People of the 21st Century,” and “‘The Unthinkable II’ — The Archive of Simultaneous Movement,” which will be presented and “performed” in exhibition.