Roy Lichtenstein’s ‘Mark That Was Art’ 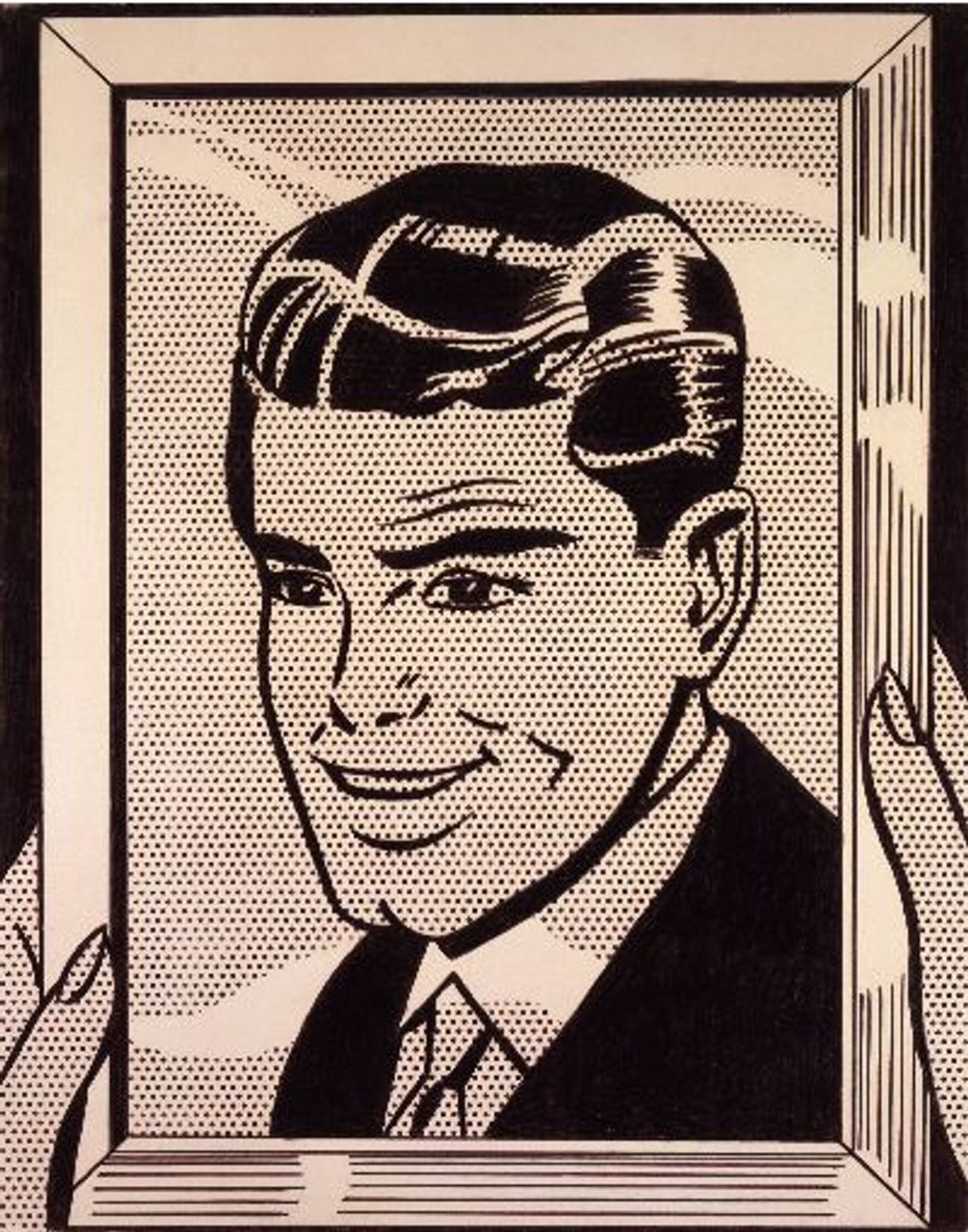 The pieces are remarkably similar. Indeed, the entire exhibition focuses on Lichtenstein’s most familiar style. The 55 drawings — on display as a group for the first time — borrow images from commercial illustration, advertisements and comic books. Many feature Lichtenstein’s iconic Benday dots. Though narrow in scope, the exhibition, at the Morgan Library through January 2, 2011, reveals the impact of small adjustments. The drawings, stripped of stylistic variation and color, train your eye on the development of Lichtenstein’s technique.

The year 1961 marked a transition for Lichtenstein: after a decade showing Cubist and Abstract Expressionist works, he turned toward Pop Art. He had met artist Allan Kaprow while both were teaching at Rutgers University, and Kaprow introduced him to George Segal, Claes Oldenburg and other Pop pioneers. Inspired by their use of everyday objects, Lichtenstein found his distinct voice mimicking commercial art. Using saturated primary colors, uniform lines and those signature Benday dots, he explored what he described as “the difference between a mark that was art and one that wasn’t.”

Over the next eight years, Lichtenstein refined his approach, paring away any indications of an individual hand at work. The Morgan Library exhibition is strategically and thoughtfully arranged in chronological order to show that growth. In “Man with Coat,” from 1961, the man in question presents a coat, his fist awkwardly gripping a hanger’s hook. The image is undeniably functional, perhaps found in a clothing catalog or ad. The bold black lines waver ever so slightly. And the Benday dots in the background are downright human, varying in size, density and distribution.

As time passes, Lichtenstein experiments with different techniques and tools. He plays with frottage, rubbing a graphite pencil over stencils placed beneath his paper. He tries stencils on top of his paper. By the time he creates “Hot Dog” in 1964, a Shamu-looking wiener nestled in a swollen bun, the lines have become consistent, the dots rigid and regular.

Along with the drawings, the exhibition features samples of Lichtenstein’s source material. Each example rests in a case just a few feet from Lichtenstein’s rendition so that visitors can compare, say, “Bratatat” (1962) and “Jet Pilot” (1962) to illustrations in DC Comics’ “All-American Men of War,” noting Lichtenstein’s subtle but discernible alterations: here an image has been rotated, there a line has been simplified. (One wonders: if he were working today, would Lichtenstein encounter copyright issues? Shepard Fairey’s as-yet-unsettled battle with the Associated Press would indicate yes, as would the Lichtenstein estate’s own momentary threats against the use of an image very much resembling the artist’s “Kiss V.”)

The drawings lend themselves to careful examination and offer satisfying discoveries. But Lichtenstein recreated many of these works as color paintings and one or two of those placed alongside the black-and-whites would add another layer of insight. In particular, “Brushstroke” (1965) and “Brushstrokes” (1966-68), two of Lichtenstein’s many pieces devoted to an artist’s mark, would benefit from a side-by-side comparison. In these works, Lichtenstein delves deeper into his meditation on the nature of art. He blends content and form, rendering an artist’s unique identity in stark, impersonal lines. The drawings resemble pulled taffy, the ends roughly torn. When filled with vibrant yellow, red or blue, the brushstrokes explode with energy. Shown together, they would convince even Pop Art cynics of Lichtenstein’s inimitable touch.

Roy Lichtenstein’s ‘Mark That Was Art’