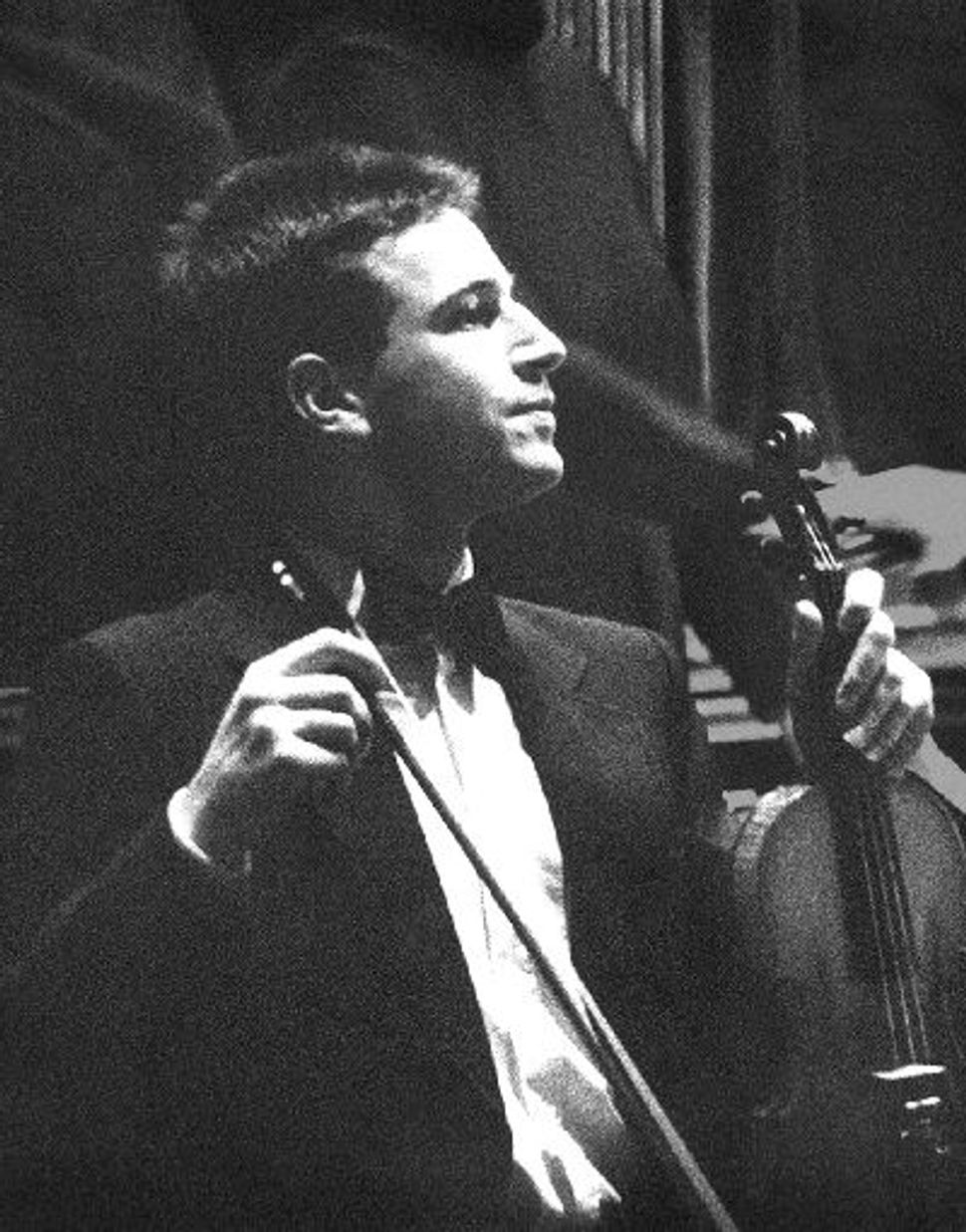 In addition to being a Wall Street Journal reporter, Daniel Pearl was also an accomplished amateur musician. Image by Daniel Pearl Foundation

This year, during the month of October, over 6000 performances will take place in over 100 countries as part of the ninth annual Daniel Pearl World Music Days. To participate in this huge network of concerts, musicians need only register through the website set up by the Daniel Pearl Foundation and make a dedication from the stage to the theme of “Harmony for Humanity.” The project has attracted famous industry names such as Barbra Streisand, Herbie Hancock, Matisyahu and Elton John, as well as municipal orchestras, university music departments and garage jam bands. At Stanford, hundreds of people are expected to attend this year’s concert on October 7.

This year, for the first time, Friends of Daniel Fest, (FODfest) an organization founded by Pearl’s friend and band-mate Todd Mack in 2005, has come to Israel to stage community concerts and bring music education programs to schools. FODfest’s educational efforts will be focused in the Negev, but the concerts will take place throughout the country, with plans for a possible performance in Bethlehem in the Palestinian Territories, as well.

Pearl, although best known as a Wall Street Journal correspondent, was also an accomplished amateur musician, playing the violin, fiddle and banjo. While at Stanford as an undergraduate, he played in the Stanford Orchestra.

Neither Karlin-Neumann nor Jonathan Berger, a Stanford music professor and the other key organizer of the university’s annual Harmony for Humanity-Daniel Pearl World Music Days concert, knew Pearl personally. Nevertheless, “We just have to do it. It is just a given in our life,” said Berger. It was the “utter insanity of his death, the senseless, brutal death of a clear humanitarian” that spurred Berger to compose an original arrangement for the Hebrew song “Eli, Eli” by Hannah Senesh for Stanford’s resident ensemble, the St. Lawrence Quartet, to perform at the first Stanford concert in 2002, and to continue producing new work each year.

“It is amazing that illustrious performers give of their time. They have as much and love and conviction as those of us who organize the event,” said Berger about the musicians who participate gratis. In addition to professional performers, Stanford professors and students also appear on stage.

The Harmony for Humanity concert traditionally takes place in Stanford’s Memorial Church, which offers unusual acoustics. Often, the space is used as a subtext, with sounds produced by musicians in various — and sometimes hidden — locations around the building.

The program’s theme differs from year to year, but often includes a focus on non-Western music. This year’s concert will showcase the St. Lawrence String Quartet, the Stanford Chamber Chorale, and pianist and Ph.D. candidate Jeffrey Smith and fellow graduate student Spencer Salazar. It will include works by J.S. Bach, Stephen Chatman, and Marcus Goddard, traditional music from Japan, as well as the premieres of compositions by Smith and Berger.

A Pearl family member is always in attendance at the Stanford concerts. This year, Pearl’s younger sister Michelle will speak from the stage. “People are very captivated by his story, as I was,” said Karlin-Neuman.

Berger believes people come because they “shouldn’t and can’t forget. They want to be part of Daniel Pearl’s family’s efforts to turn an act of terrorism into an initiative for diversity, tolerance and cooperation.”