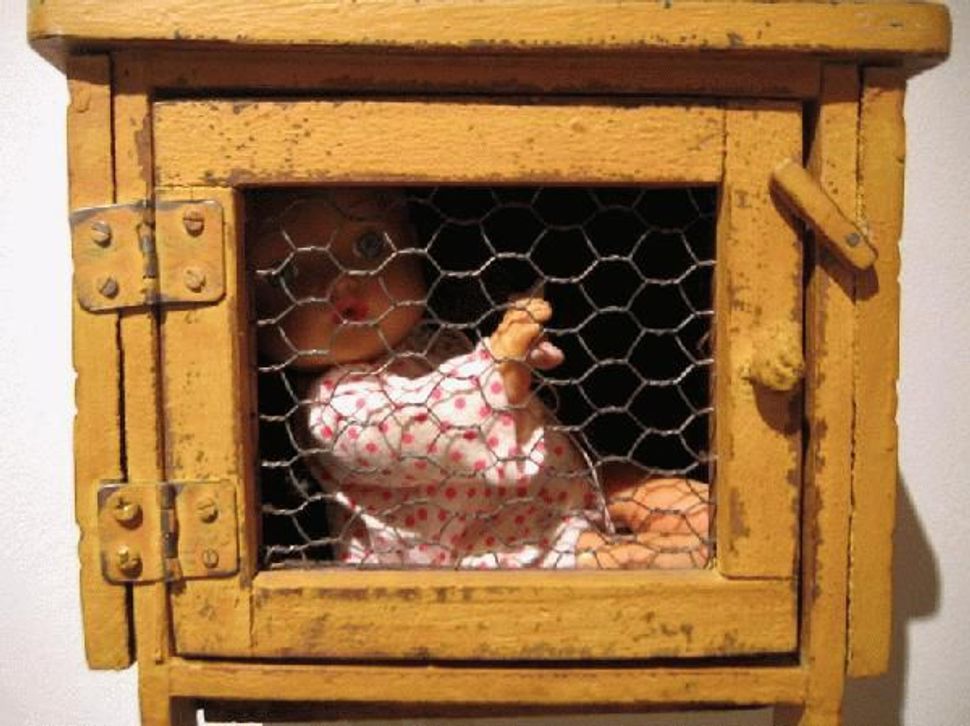 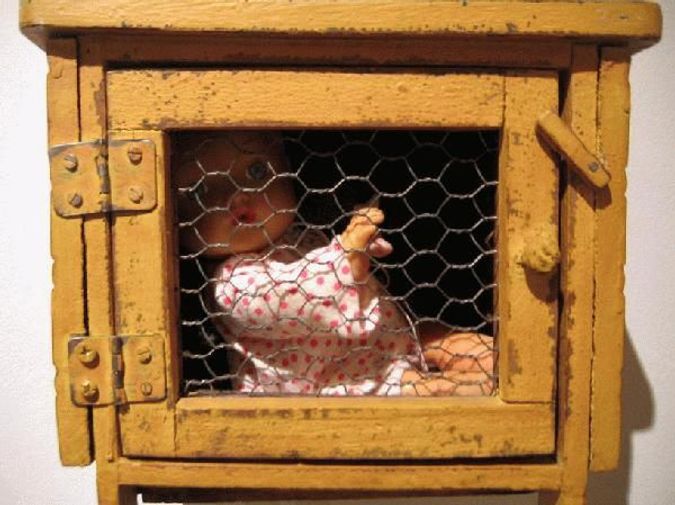 Now, after 20 years living in the United States, Kindermann has let us peep into secret worlds, juxtapositions of innocence and horror, childhood fear and fantasy, based on the German Grimm Brothers’ “Nursery and Household Tales” — the stories with which she, over there, and we, over here, grew up.

Kindermann’s exhibit “Rated: Grimm,” which ran until October 23 at the NY Studio gallery, featured dioramas made from drawers and crates salvaged from the streets of the Lower East Side. Her figurines are dead-white, beautifully sculpted and precisely placed into deceptively spare surroundings. Each moment, Kindermann says, was chosen “before the climax of the story — the time of terrible stillness, time stopping for a heartbeat.”

The beautiful young wife is left alone in the castle. She has keys to every room but has been warned by her powerful husband not to enter the top of the tower — another Eve in the Garden of Eden. We look through the peephole at the maiden the moment before her husband discovers her transgression — the tiny key in a bloody pool by her feet.

Bruno Bettelheim, the great Austrian-American child psychologist who was himself a survivor of Dachau and Buchenwald, said that fairy tales have overt and covert meanings, “communicating in a manner which reaches the uneducated mind of a child as well as that of the sophisticated adult.” He believed that they were important in conveying the advantages of moral behavior.

Folk and fairy tales were often used to warn children against dangers out there in the world, or the scary German woods. And yet — do we applaud when Gretel finally pushes the old witch into the oven? As Jews, do we applaud?

From Art Spiegelman’s “Maus,” to Roberto Innocenti’s “Rose Blanch” (a Little Red Riding Hood that runs into the woods to give provisions to concentration camp inmates) to the newest take on “Genesis” by R. Crumb, artists have harnessed the power of childhood memory, imagery and fear to educate and to shock.

The dark brilliance of Kindermann’s tiny works is most extraordinary for the way in which it allows you to see certain moments as you saw them as a child, and to experience them as an adult, at exactly the same time.