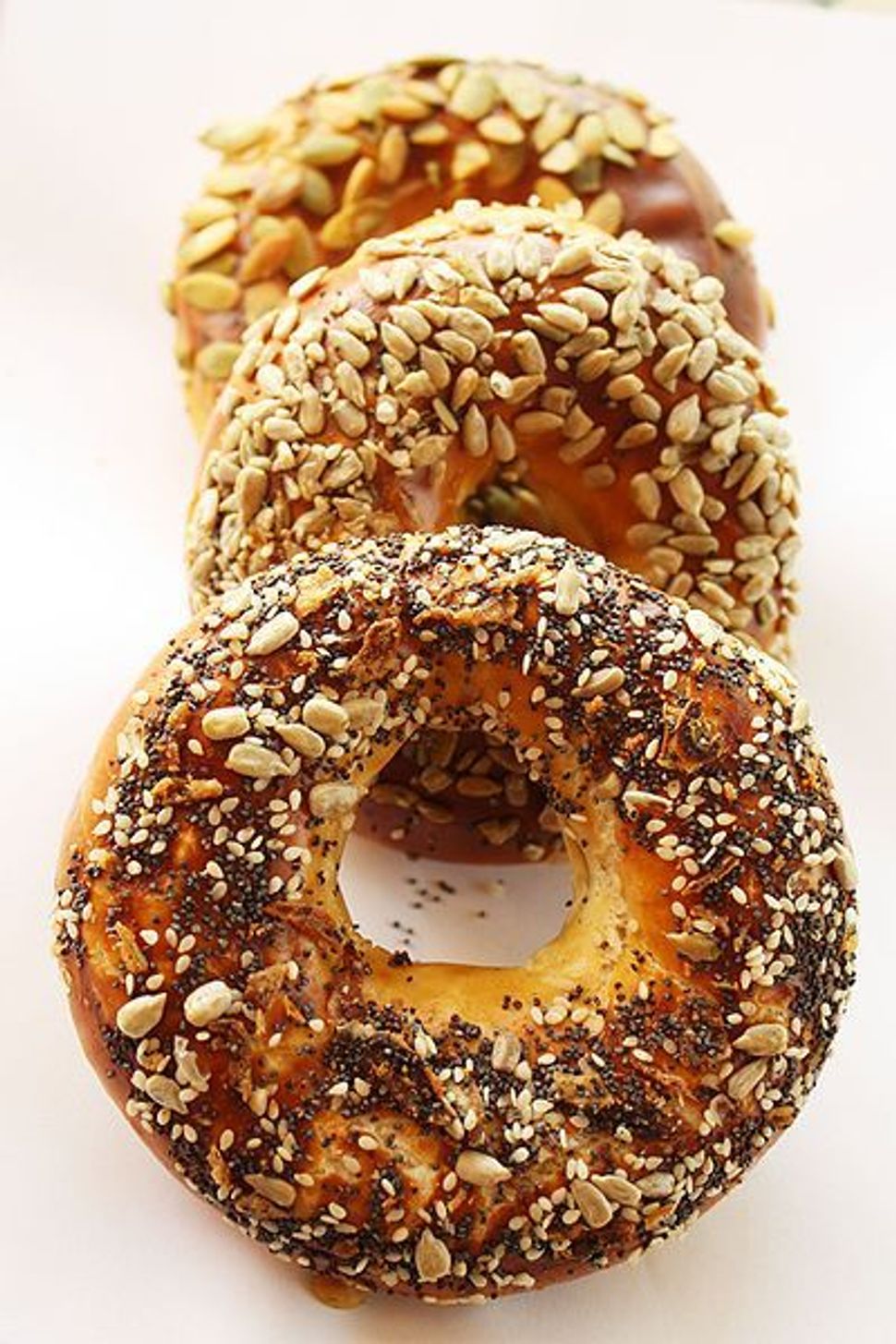 Any bagel connoisseur knows that the secret to a delicious New York City bagel is a highly-sought after ingredient: local tap water.

In the summer of 2009, Gothamist broke the story that a south Florida company, The Original Brooklyn Water Bagel Company, designed a water filtration system with the goal of replicating the taste of New York City tap water. The result? The deliciously distinctive taste and feel of a homegrown bagel. Alfie Lipshultz, designer bagel maker, claimed, “By the time it gets past our systems, it’s Brooklyn water.” Gothamist now reports that the bagels have been such a hit in Florida (your grandma likes bagels, doesn’t she?) that another company, Mamma Mia’s Trattoria & Brick Oven Pizzeria, is using the same filtration system to make “authentic ‘New York Style’ pizza.”

Not so fast, Mamma Mia’s.

The Original Brooklyn Water Bagel Company is suing the pizzeria, claiming that they stole their recipe for Brooklyn tap water. To complicate matters, Mamma Mia’s claims it bought the water filtration system (for $20,000!) from a third company, Famous New York Baking Water Corporation, founded by former employees of the bagel company, including the owner’s father-in-law. The pizzeria is countersuing, accusing Original Brooklyn Water Bagel of making false claims about patenting their method of filtration. What’s left to say but oy?

In other, Jewish carb-related news (because really, what else matters?), JTA reports that Mountain Bread Wraps won the 2010 Best in Show prize at Kosherfest, an annual trade show of the kosher food industry.