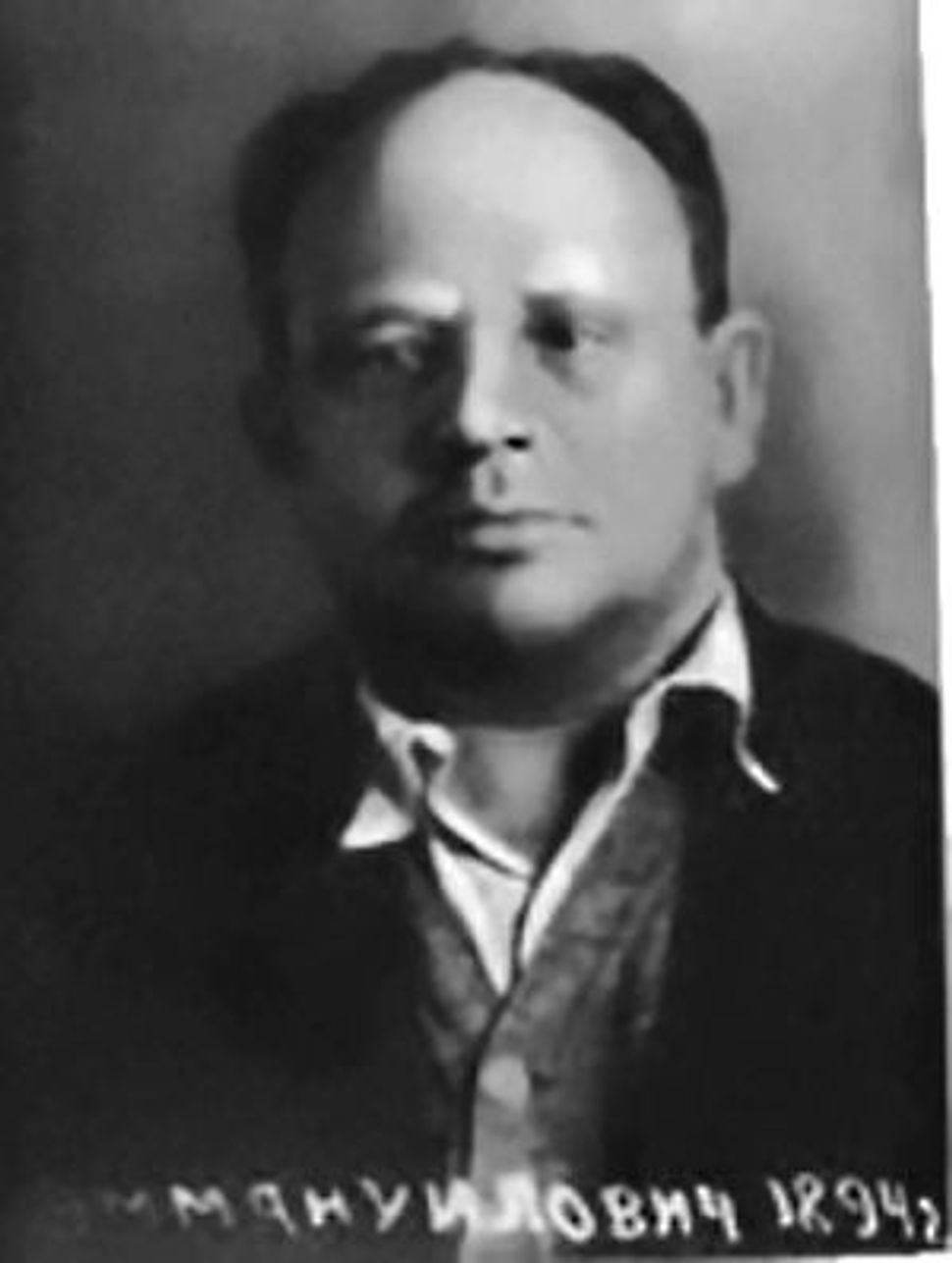 “Some things grab you; you know what makes a play,” explained Kops on the phone the next day, reflecting on the public debut of his new work “Whatever Happened to Isaac Babel.”

Babel, a one-time protégé of the activist and publisher Maxim Gorky, was a writer held in high esteem among the Russian literary elite, widely translated as he moved between languages and lovers in Moscow and Paris. But during the 1930s, his depictions of corruption in Soviet life (not to mention an affair with the wife of the head of the NKVD), came to a head during Stalin’s Great Purge. Babel was arrested in 1939 for so-called anti-Soviet activities.

Kops’s play is set during the Babel’s last days in Lubyanka, the infamous headquarters of the secret police (and the tallest building in Moscow, it was said, as you could see Siberia from the basement). Staged with 50-odd variations in the minds of the audience, the play is claustrophobic, always returning to the violence of the interrogation cell.

“Lubyanka — funny how beautiful it sounds, like lovers’ whispers during foreplay,” muses Babel as the play begins. It sounds like a tribute to his own writings, whose poetry sharply contrasts the brutalities they detail.

The truth of Babel’s arrest and execution is a surprisingly recent revelation, as is the return of what remained unburned of his manuscripts. Though much of Kops’s script is drawn directly from accounts of the interrogation, he never intended to add to the growing body of Babel scholarship.

Rather, as electrodes are clamped to the arrested author’s testicles, and his interrogators wax lyrical about their families, the mystical joys of a good bowel movement, and that special something of a forced confession, the intention is to grab the audience with nauseating specifics. And then, by this approach, lead the audience to universal themes: identity, art, suffering, and approaching death.

“I am Isaac Babel. I am Isaac Babel!” the character repeats like a mantra as he is kicked across the floor. “He’s trying to reassure himself, constantly,” explained Kops, drawing his own parallel. “I mean here I am getting dizzier by the day and yet I’m 83 at the moment — the enigma of existence is still the enigma, and still haunts me.”

The hauntings are literal in the case of Babel, who escapes interrogators and anguished reality through periods of blacked-out surreality. He is visited by Benya Krik, “king of the underworld, the scourge of Odessa,” the Jewish gangster of the short stories “The Odessa Tales.” Benya, full of chutzpah and lacking any pity for his creator, leads Babel back to his childhood village and doting grandma, who begs her “Izzy” to play his violin, but he will not — he is a writer, and he has no choice.

Ah, his grandma informs him sadly, as the author’s hallucinations speed up in the second half of the play, and his village is sacked. “Artists are the avant-garde — and those who believe the most will suffer the most.”

These are familiar words, not from Babel as it turns out, but from Kops, repeated from an interview he gave seven years ago about the pain of being an artist. “Why do the best and intelligent who believe so much, suffer the most? Of course that’s been my life, really,” he laughs ruefully.

Except, with three new plays written since “Babel” and an appearance at the upcoming Kennedy Center American College Theatre Festival, Kops clearly could not have it any other way. Nor, his play asks us to believe, could Babel, whose last known words, after retracting his forced confession, were a demand to be allowed to finish his work.

“They’re going to kill me,” he says to his grandma as the play draws to an end, aware that this meeting is a dream and there is something terrible whispering for him at Lubyanka. “I’m desperate and inspired.”

The next reading of ‘Whatever Happened to Isaac Babel’ will be at the Whitechapel Gallery in London on November 4.