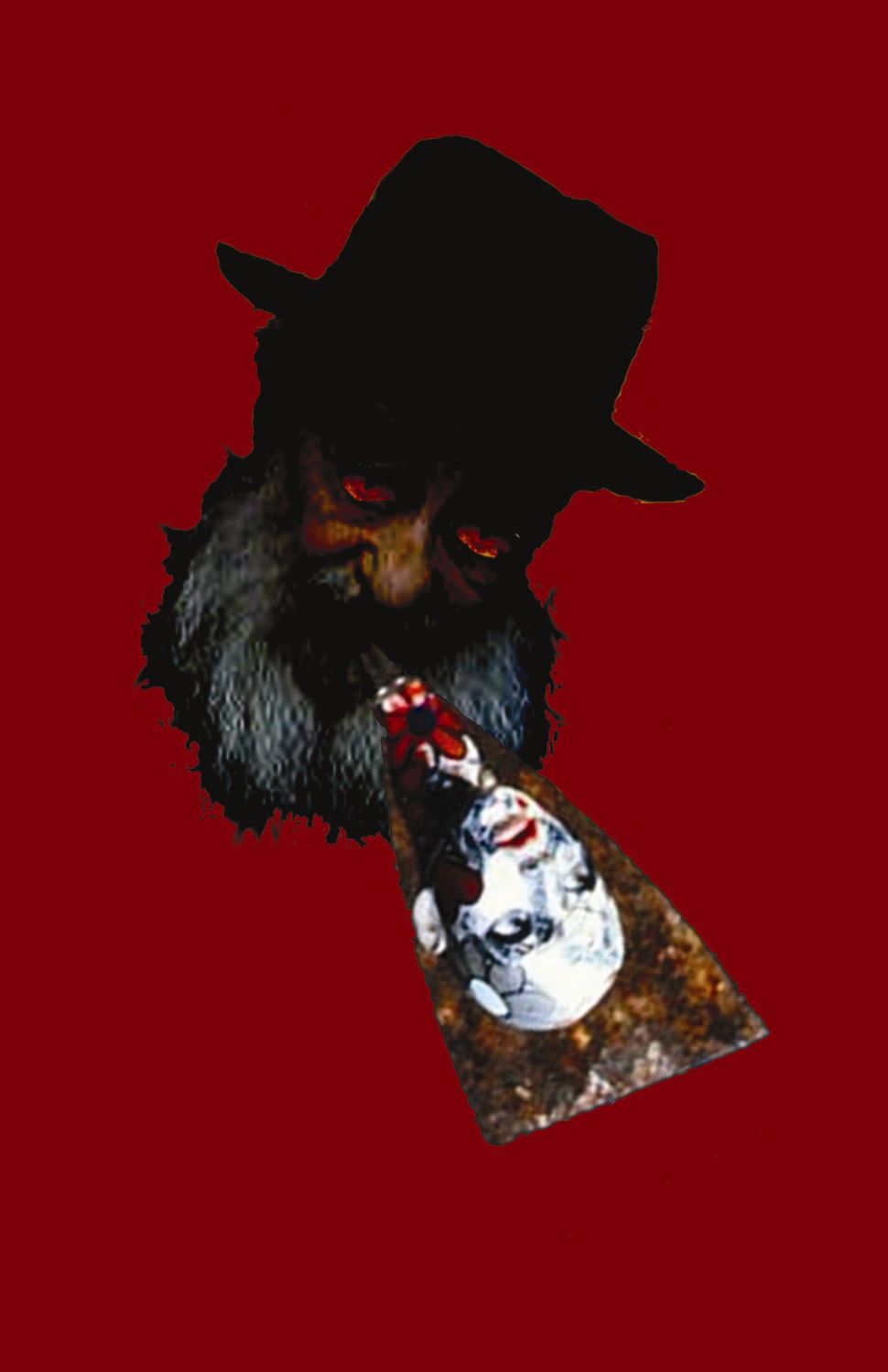 Each Thursday, The Arty Semite features excerpts and reviews of the best contemporary Jewish poetry. This week Jake Marmer writes about the surrealist dialogues of Adam Shechter and Daniel Y. Harris. 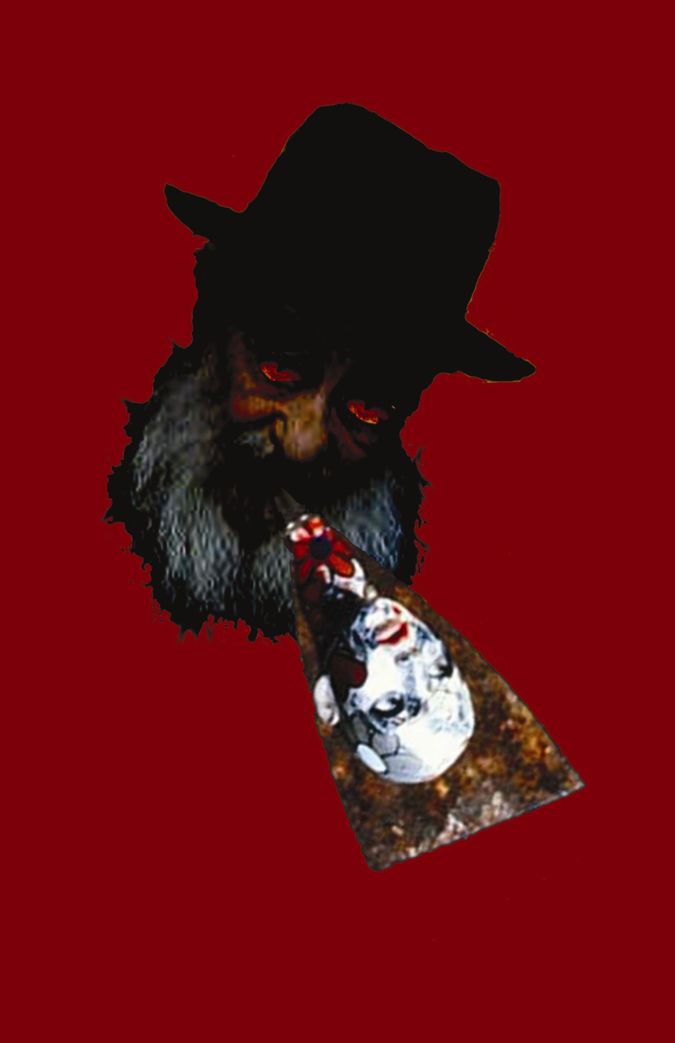 The family of Jewish Surrealists and Dadaists is extensive, ranging from Dada’s founding poet Tristan Tzara, to French filmmaker Nelly Kaplan, to American media artist Man Ray. This family has now experienced a seismic shift with the inclusion of two new members — Adam Shechter and Daniel Y. Harris, whose chapbook “Paul Celan and the Messiah’s Broken Levered Tongue: An Exponential Dyad” was published by Cervena Barva Press earlier this year. The previous collaborative work of these two authors, “Seven Dead Kafkas and a Fork,” has been featured in Exquisite Corpse, the prestigious online journal of Surrealism, but this is their debut appearance in print.

The chapbook is a dialogue that exiles itself from easily identifiable goals and whose subject escapes specific plot lines. Perhaps, this work is an attempt to re-map the history of Jewish esoteric mythology, focusing on Messianic obsessions as well as a kaleidoscope of traumas — national, universal, metaphysical, and the authors’ own.

Here’s a segment, where Harris takes the voice of Paul Celan, the great Jewish poet and Holocaust survivor who committed suicide by jumping into the Seine river, while Shechter responds as the Messiah:

Bare signs and ciphers, fisherman’s bait — found
me ten days later. Do you remember
the Bug River, émigré historian
of dead mothers?
Flows the pneuma, the mail
piled up, students pinned to their benches
at the Ecole Normale — no one
to wear
Hölderlin’s head.
You swallowed
me too
late.

It was the red milk that
drained from their breasts, granite
Obliquely reverse—pure nausea
That drew me to the air.
I sensed, as I do
The needed gap
The textual hole
No tongue, no lips — you were always incinerated
and half way there — my most favored residue.
Really Celan, I told my Tzaddikim,
His stolid head will hang with your apples
Eyes empty of suppressed chronology
Feathers and leaves at his ears — in your Orchard.
And they laughed at the sunlight gelatin,
Their own turgid feet dismembered
Ornamenting my diametric mechanism
with the sudden vacuous shaft
that even breaks my concentration.

Then jocular,
in league with the axis,
ruah’s doyen,
stilled by a grate of vowels — antic
yes-tones of no
with my rucksack of psalms.
Sinai lodestar.

Look for the anxiety calm
at the gouged crest — the Mosaic crust
in your eyelashes.
Sweat dust in your hands.

In this vein, the poets take turns addressing each other as various characters: Paul Celan and the Messiah, Shabbetai Tzvi and Nathan of Gaza, the Lubavitcher Rebbe and a Baal Teshuva. No matter what masks they don, however, or which settings they’re in, their two voices are distinct. Harris takes the tone of an overeducated madman, whose range of reference and highfalutin’ vocabulary is forbidding, yet, in its disorientation and piling-on, there’s a visceral music and, at times, irony. Shechter is basically a trickster, a shaman: one minute he erects edifices to Freud, Hassidic philosophy and poetic melancholy, and the next moment he emerges from behind them and laughingly shatters them into dust. Here’s a particularly memorable sampling of Shechter channeling:

If you have sex (even try) with your mother, I will kill you. I apologize for being so blunt, but creation can tire. Please do not overreact. In exchange for your mother’s body, I will mysticalize your hopelessness, and there will be literature. I assure you, the ultimate pleasure derived from this muted desperation will far outweigh the physical attainment of her. And don’t try anything stupid! Contrary to popular belief, I cannot be killed. That is a fallacy of literature’s hopeful byproduct, religion.

Having said all that, please reproduce.

Aside from the Surrealist mode, the dialogue occasionally veers into straightforward bits of autobiographical narrative. It is as if the dybbuks possessing the two authors take off for an impromptu vacation, and the two temporarily relieved writers converse in almost-human language.

Here’s Harris, speaking as himself:

Memory is a hunger artist, Adam, and my memory is the ruined prayer of Mnemosyne. As a boy of ten, freshly usurped from Paris, my entire physical presence was relegated to two eyes and large extended ears attached to a long thin torso. Our Brookline home was filled with books and imitation Louis XIV furniture. My father composed on his mother’s piano — serial chromaticism — I would later understand it to be, and my mother taught French. We lived a quiet, French-Jewish life in Boston’s colonial suburbia, save the physical violence dispensed upon me by my mother. Littered among biographies of Arnold Schoenberg and a vast collection of books from the Biblioteque de la Pleiade, were police reports and psychiatric evaluations. At twelve, the daughter of Yves Oppert, my mother, broke my arm. At thirteen, she broke my father’s collarbone.

I have always been a tower of words crashing down in parental trickery — at thirteen years old they bribed me out of my Bar Mitzvah. Instead we took a trip to Disney World. At Epcot Center, not within the borders of any one specific national recreation but in between the numinous synthetic signifiers, I became a Man — three Jews wandering, loud shameful arguing in the Goy Land of Fun — Fun for the whole Jewish family. That was my parsha.

At eighteen, I am sorry to say I believed I was Jesus and was in fact plagued by other out of control Jewish boy thoughts.

The thrust of trauma, drama, and disorientation is so harsh that catharsis does not exactly arrive, and yet somehow follows behind the imagistic onslaught at all times. Not surprisingly, the book ends with a melt-down, which, however is not devoid of hope, or at least irony: the ghost of Paul Celan appears, addressing Paul Celan himself, as well as Daniel and Adam, and advises all: