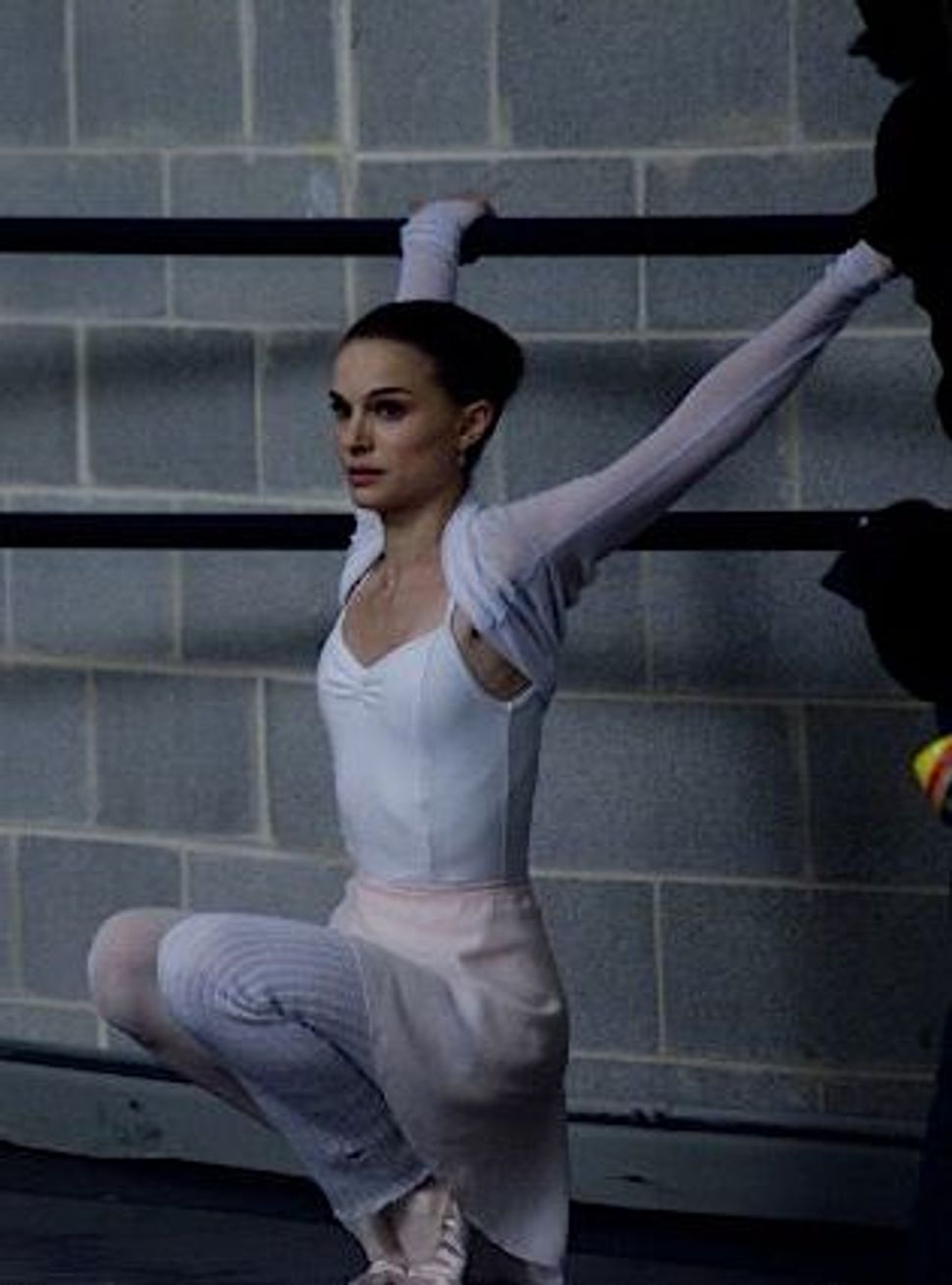 Ever since the first trailer was released this summer, in advance of premieres in Venice and Toronto, “Black Swan” has been drumming up a whole mess of hype. And with good reason. In the wake of 2008’s near-unanimously praised “The Wrestler,” Aronofsky has carved out a space for himself as a filmmaker who can handle material with a more delicate touch than the whip-bang sensationalism of other of his films, such as “Requiem for a Dream” and “The Fountain.” But “Black Swan” is far from delicate, despite dealing with waifish dancers working at a New York City ballet company. Though it has at its core the pressures sport impresses upon already-fractured psyches, any connections to “The Wrestler” end there. With “Black Swan,” Aronofsky is back to whip-bang. And then some.

“Black Swan” casts Natalie Portman as Nina Sayers, a reticent young dancer angling for prima ballerina status. Portman attacks the role with a kind of graceful mania that defines the entire movie. Her hush-hush demeanour betrays a deep disquiet; her porcelain mask of calm barely contains the blistering ambition bubbling beneath. When the company’s aging star Beth (Winona Ryder playing it hysterical, mascara-smeared, thoroughly licked, in a word: perfect) is brusquely dismissed by their lecherous director (Vincent Cassel), Nina seizes the opportunity to step into her hardened pointe shoes as the lead in a production of “Swan Lake.”

Though the trappings of the classic ballet are draped heavily over “Black Swan,” most noticeably in the prevailing black-and-white mise-en-scène and the music (even the cellphone ringtones are scored with leitmotifs lifted from Tchaikovsky’s music), what Aronofsky’s film most fulsomely exhibits are its grand designs on transposing the sweepingly tragic scope of “Swan Lake” onto a modestly-budgeted psychodrama. And it doesn’t fail, exactly.

Aronofsky’s film — like “Persona,” “Lost Highway,” and “The Nutty Professor” before it — uses doubles, doppelgänger, and plenty of full-length dance studio mirrors to refract both his source material and Nina’s slingshot into madness. Her pursuit of perfection is stymied by the timely arrival of Lily (Mina Kunis), a tattooed, cigarette-smoking, raven-haired vixen whose rollicking free-spiritedness poses an obvious threat to Nina’s textbook approach to her own flawlessness. Where Nina is meticulous, Lily loses herself in her taps, hops, and other lissom gambols. It’s your classic Salieri complex. Or at least the popular idea of the Salieri complex as articulated in Miloš Forman’s “Amadeus.” And so it follows that the effortlessness of Lily’s grace gets under poor Nina’s skin.

Don’t expect some petty Kerrigan/Harding rivalry, though. It’s a vertiginous descent into madness aspiring to Polanski, Argento, and Hitchcock. Aronofsky labours diligently to sketch the contours of Nina’s anxieties. But it’s only in the third reel, when Portman’s drops all the bashfulness and lets her hysterical jealousy reach its fever pitch and Aronofsky sends her pirouetting into the mouth of madness, that “Black Swan” really finds it footing.

“Black Swan’s” third reel is near revelatory: a hyperactive bound into psychosis that’s as rollicking as it is spellbinding. Watching the film rocket off the rails is truly exhilarating, from Nina’s delirious visions of her own physical transformation (shades of Cronenberg’s “The Fly” here) to the frantic final dance number. “Black Swan’s” white-knuckle dénouement is proof positive that Aronofskly can pull off the whip-bang with way more conviction than he can the delicate, dainty stuff. Which is why it’s such a shame that he bothers spending the first 90 minutes of his film trying to convince himself (and his audience) otherwise.

Watch the trailer for ‘Black Swan’: