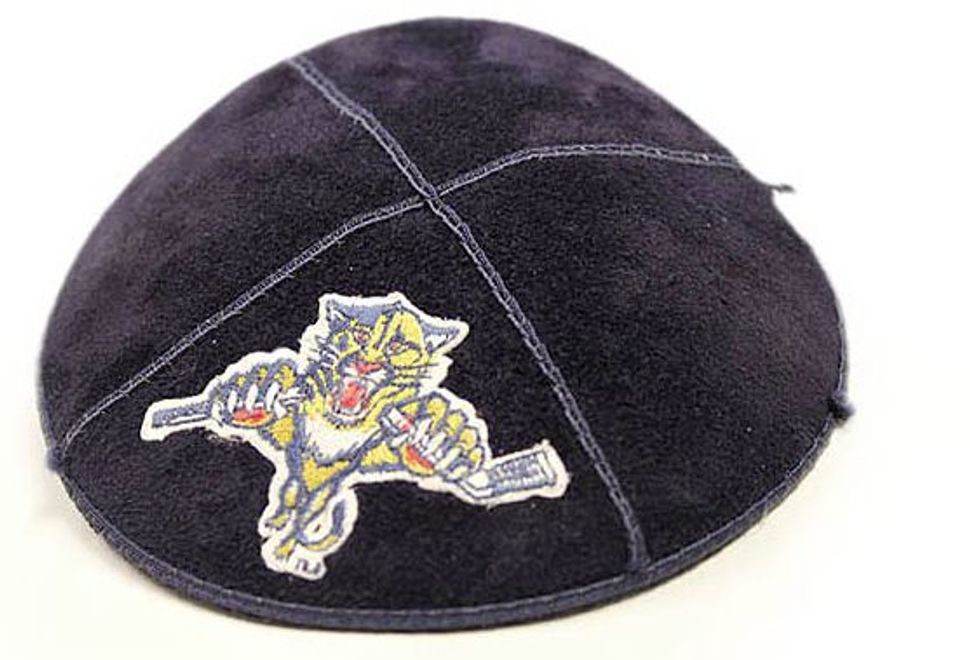 The latest egregious disappointment to hit the lowly Florida Panthers’ franchise has nothing to do with hockey. Panthers’ fans are (it baffles me to say) distraught and disappointed over a miscommunication surrounding a Tuesday night yarmulke giveaway, during what was billed as “the biggest Hanukkah party in South Florida.” 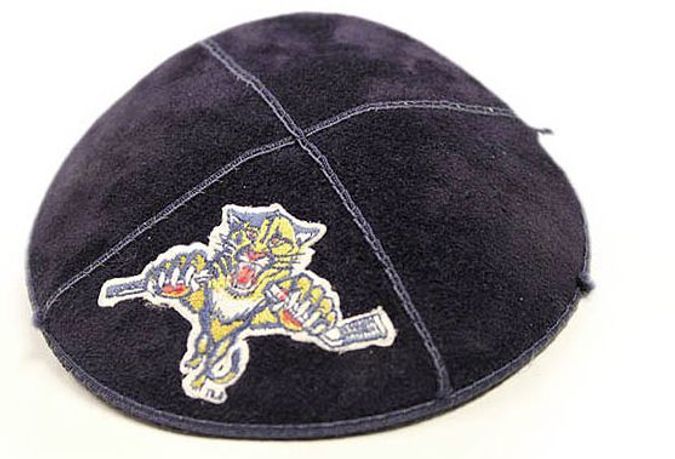 The original press release stated all ticket buyers for Tuesday’s game (against the Colorado Avalanche, which also celebrated the 1996 Stanly Cup championship between these two teams, but hockey, who’s talking about hockey?) would receive a black yarmulke with the Panthers’ logo stitched on top. At some point, however, the language was changed to make the prize available only to those who bought “discounted, single-game tickets for the Jewish Heritage Night,” Yahoo! Sports reported. Vanity kippot were ordered based on the number of people who bought a Jewish Heritage Night ticket, meaning season ticket holders were stiffed.

One fan, Caity Kauffman, was peeved she didn’t score a yarmulke — and she let the Twitterverse know about it. Here, she sets the scene: “At guest services hanging out with an actual Hebrew woman who is distraught about lack of yarmulkes.”

Bill Jempty, an Outside the Beltway blogger, noted that the Panthers obviously lack holiday spirit: “The Panthers don’t have a very good rep in South Florida and this sure isn’t to help it. It is Hanukkah after all and this region has one of the biggest Jewish populations in the nation.”

The team claims it posted advertisements about the promotion change in the BankAtlantic Center and online.