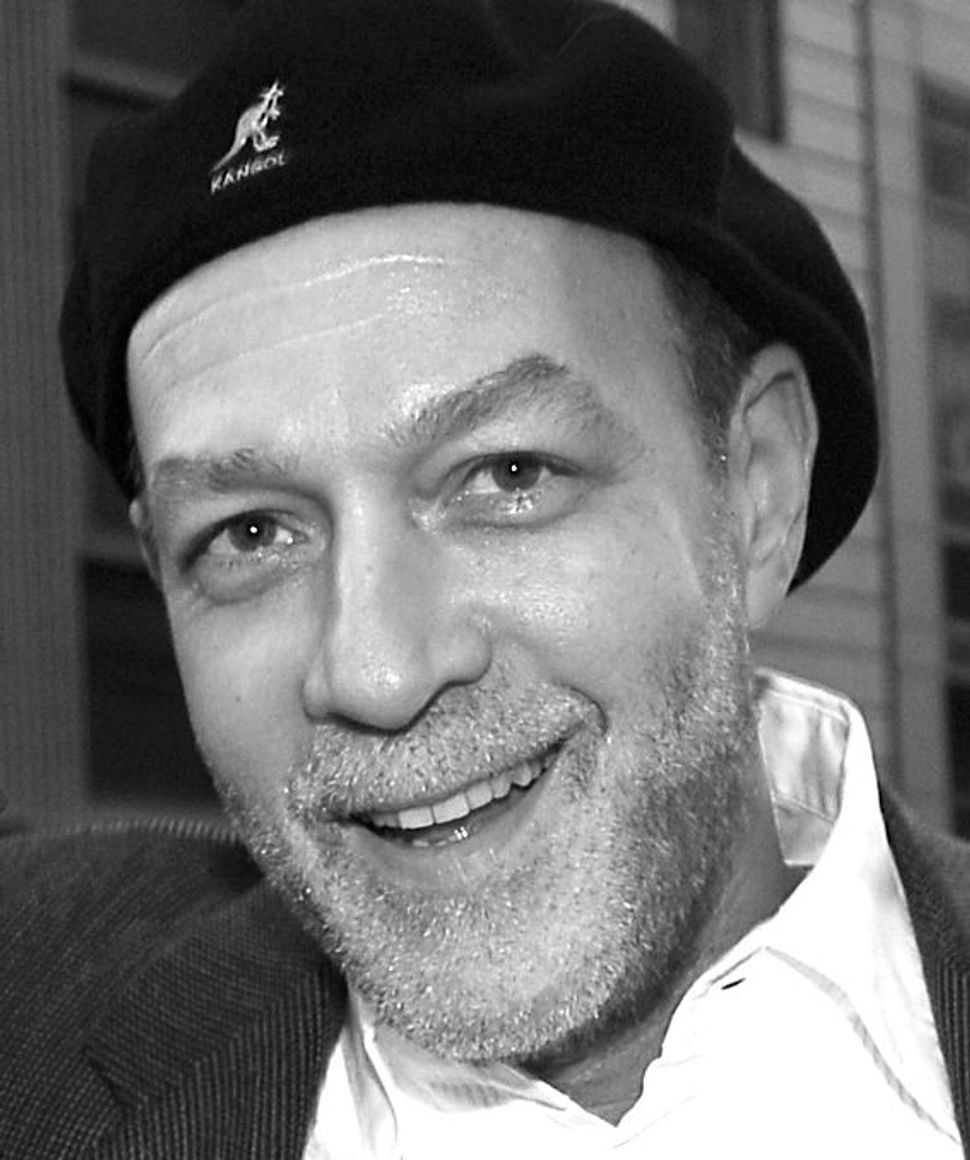 “My northern star in this has always been Santa Claus, not Jesus,” Adler told The Arty Semite.

A Detroit native who married outside the tribe (his wife is the TV chef and cookbook author Sara Moulton), Adler decided to create his own Christmas soundtrack in the early 1980s when he started celebrating the holiday with his in-laws in New England. The goal was to assemble an hour of music that would serve as an antidote to what he felt was “the oppressive corniness of the holiday.”

Being an obsessed collector who disdains the thought of repeating tracks from year to year, Adler constantly searches for new material, picking through piles of old records at flea markets, scouring the bins of Caribbean record stores in Brooklyn and following up leads from friends who know about his quest for undiscovered Christmas music. Shortly after he finishes assembling the hour-long mixtape each fall, Adler heads over to the WFMU record fair in Manhattan to scout new tunes.

Every “Xmas Jollies” contains at least a couple of season’s greetings from beloved pop culture figures, including Yogi Bear, Jack Benny and Julia Childs. These are often culled from special promotional discs sent to radio stations. Johnny Cash says, “It’s not cool to kill on Christmas.” Krusty the Clown wisecracks “Merry Christmas, Happy Hanukkah, Kwazy Kwanza and a solemn and dignified Ramadan.” The tiger tamers Siegfried & Roy note “our white lions and white tigers join us in wishing you a magical holiday season, with all your dreams coming true.”

There’s almost always a rap track on the Jollies, not surprising given that Adler’s roots in hip-hop go back to the early days of the Def Jam label, where he came up with the idea for Run DMC to do “Christmas in Hollis” back in 1987. Adler refused to work with Public Enemy while employed as a publicist at Def Jam, however, because he was bothered by the rap group’s anti-Semitic pronouncements. When the rapper Ice Cube endorsed the Nation Of Islam’s notorious work of pseudo-history, “The Secret Relationship Between Blacks and Jews,” Adler instigated a scholarly rebuttal, which was published in 1992 as “ Jew On the Brain.” He gave it away to movers and shakers in the hip-hop world.

Most years the “Xmas Jollies” mixtape has at least one musical shout-out to Hanukkah, but if Adler doesn’t find something new that meets his standards, there’s no Hanukkah tune, which is the case this year. But in the past the Jollies has included The Three Weissman doing “Schlepp the Halls” and a killer bluegrass version of “The Dreidl Song.”

“I know folks who throw their own Christmas parties and play my ‘Xmas Jollies.’ These friends dub up copies of my CDs and pass them out to their pals, too,” Adler said. “So, the Jollies definitely get a kind of wider circulation than I intend.”

Listen to a selection from ‘Xmas Jollies’: