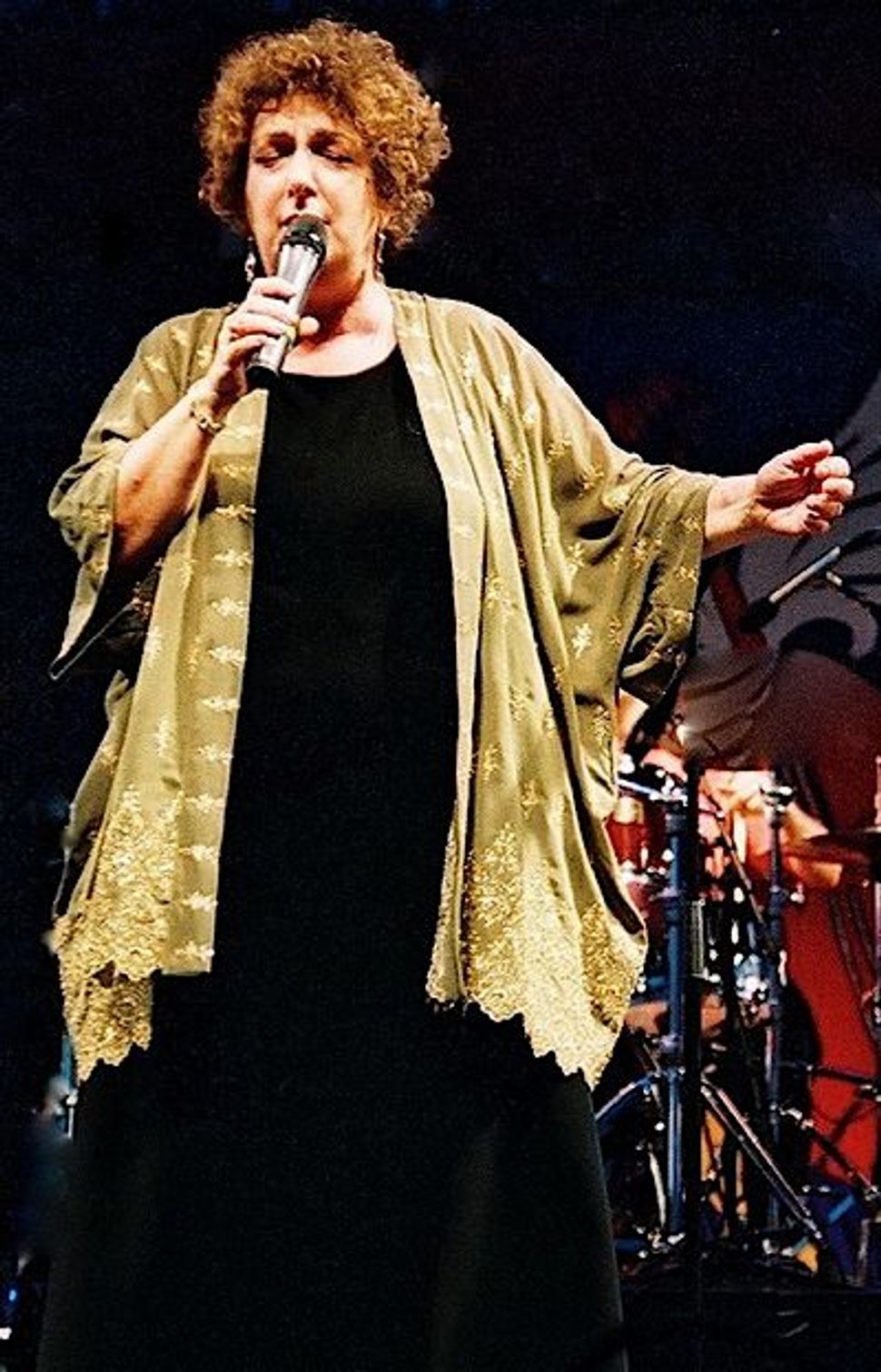 Adrienne Cooper is one of the Yiddish singers I’ve come to most appreciate over the past 15 years or so. I’ve heard her collaborate with several klezmer bands, and “Ghetto Tango,” her CD of Holocaust-era Yiddish theater and cabaret songs with pianist Zalmen Mlotek, has been a particular favorite.

While “Ghetto Tango” was a masterful look back at a previous era, Cooper’s new album, “Enchanted: A New Generation of Yiddish Song,” is a project that is very much of these times. Newly written songs along with re-imagined versions of older songs are presented in a postmodern variety of seemingly disparate, yet somehow seamless musical styles, including jazz, rock, pop, cabaret, klezmer and folk. It is an album that, on one track, reaches back to Cooper’s mother and grandparents, and, on several others, reaches forward to her daughter’s generation.

While virtually every song on the album is a highlight, some of my favourites include “Peace in the Streets/Sholem lid,” a passionate plea for peace that Cooper and her daughter, Sarah Mina Gordon, wrote to a Hasidic melody and perform to an intense rock arrangement; “The Ballad of How the Jews Got to Europe,” a wild, hipster exposition of the title premise that Cooper wrote with Frank London of the Klezmatics for a production of “The Memoirs of Glückel of Hamelin”; “Gefilte Fish,” a rollicking Spike Jones-cum-klezmer celebration of European Jewish cuisine; and “In the Darkness/In der finster,” a beautiful love poem arranged as a jazz ballad with London on trumpet and Marilyn Lerner on piano.

Listen to ‘Peace in the Streets/Sholem lid’:

The emotional center of the album comes on “A Song Book: My Family/A lider-bukh,” in which Cooper sings a slow, contemplative ballad about books of family memories, as samples from homemade recordings of her mother and grandparents singing and davening in 1947 are poignantly interwoven between the verses.

While it is certainly Cooper’s singing that carries the album, there are also outstanding contributions from her musical collaborators. In addition to the aforementioned London, Lerner and Gordon, special mention should be made of musical director/clarinetist Michael Winograd, whose presence is felt throughout.

I’ll also note that not understanding Yiddish is not a bar to appreciating “Enchanted.” Several songs are sung partly in English and the CD booklet provides both transliteration of the Yiddish lyrics and English translations.