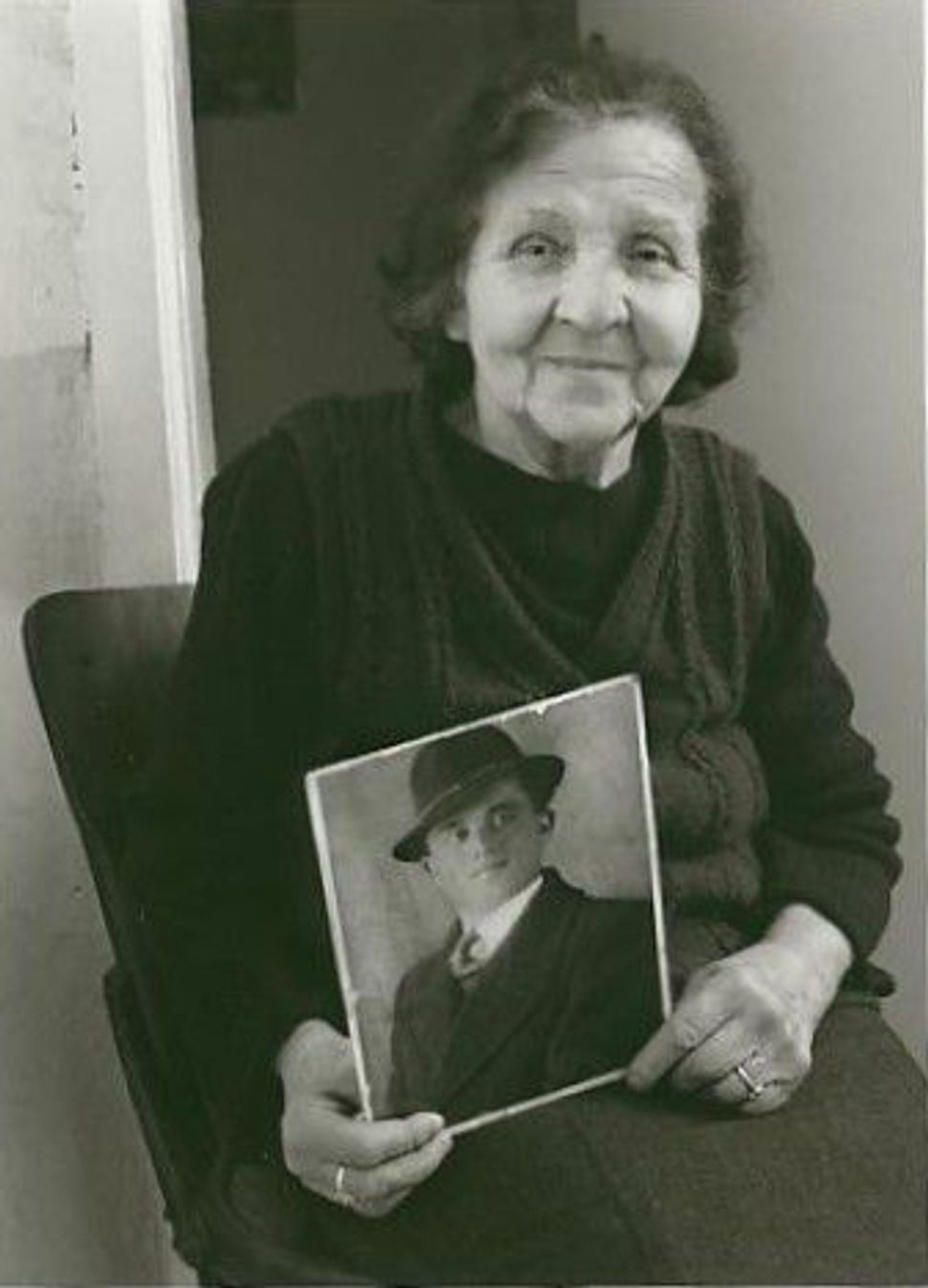 ?We Saw Them As Brothers? by Norman H. Gershman

Of all the stories of Righteous Gentiles who saved Jews during the Shoah, there’s one story that rarely gets told: the Muslims who risked their lives to save Jews.

Norman H. Gershman’s photographic exhibition “Besa,” currently showing at the Soho Photo Gallery, redresses this imbalance, focusing exclusively on the unsung Albanian Muslim heroes who hid their Jewish neighbours from the Nazis, as well as thousands of other Jews fleeing across Europe, often at great risk to their lives.

The portraits, which have been published in a book with the same title, were painstakingly taken by Gershman over a seven-year period, in which he tracked down these ordinary Albanian and Kosovar Muslims whose families closely observed the principle of “Besa” to save Jewish lives.

Besa, which literally means “to keep the promise,” is a code of honor deeply embedded in Albanian Muslim culture. Besa demands that you take responsibility for the lives of others in difficult times. In some ways, it parallels the biblical commandment “Love your neighbor as yourself,” and through the personal statements that accompany the portraits, we learn just how powerfully this principle guided the actions of Gershman’s subjects:

“The years were fearful, but friendship overcame all fear,” one said. “My father said that the Germans would have to kill his family before he would have them kill our Jewish guests.”

“Our motivations were not religious,” said another. “We respected our Jewish friends. They were honorable citizens just like us. Whatever we could do for them in those times, we did.”

Gershman’s black-and-white portraits seem to capture the strongly humanistic streak that characterizes his subjects. Indeed, the American photographer states that portrait photography “is my way of understanding and offering to others my innate belief in the goodness and the oneness of humanity.”

The subjects are sometimes the ‘heroes’ themselves, others are the children of heroes no longer alive. Some pose with their grandchildren.

Gershman’s deeply personal portraits hone in on his subjects’ faces; we see old women and men with lined, wrinkled faces, stubbly chins, twinkling eyes and wholesome grins. One man stares at the camera with a cigarette in his mouth. In one image, we see a pair of hands holding out an old photo of a Jewish mother and daughter who were presumably saved.

Nearly every person poses with an artifact of some kind; a photo showing parents no longer alive or a photo of the Jewish families they saved, a Koran, an Albanian flag, an apple. Some wear medals to recall their time fighting in the partisan army.

Indeed, it is often the artifacts that link us back directly to the absent Jews at the heart of these stories. In one photo, two brothers stand proudly holding their hands to their hearts in perfect symmetry, while an ancient sewing machine stands on a table in the foreground. We learn that this sewing machine was one of a number of objects that a Jewish tailor they were hiding left behind after the family helped him escape from Albania.

In another, a man stands in front of a well-worn table made for his family by a Jewish carpenter they ended up saving.

There is also a portrait of King Leka I of Albania, whose father, King Zog, issued passports to save 400 Jews from Vienna.

In all, Gershman’s photographs comprise a moving exhibit which gives insight into a forgotten past.