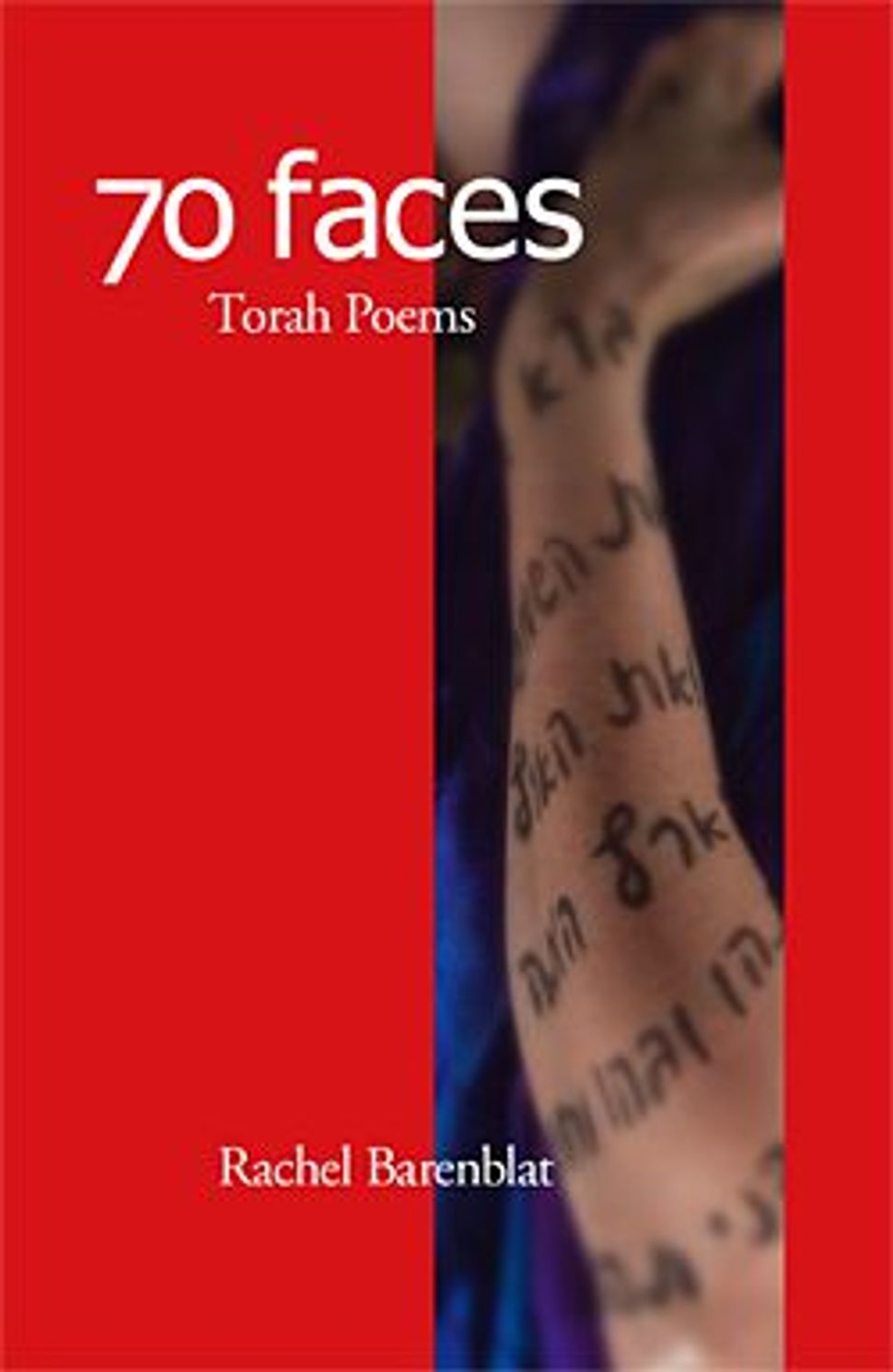 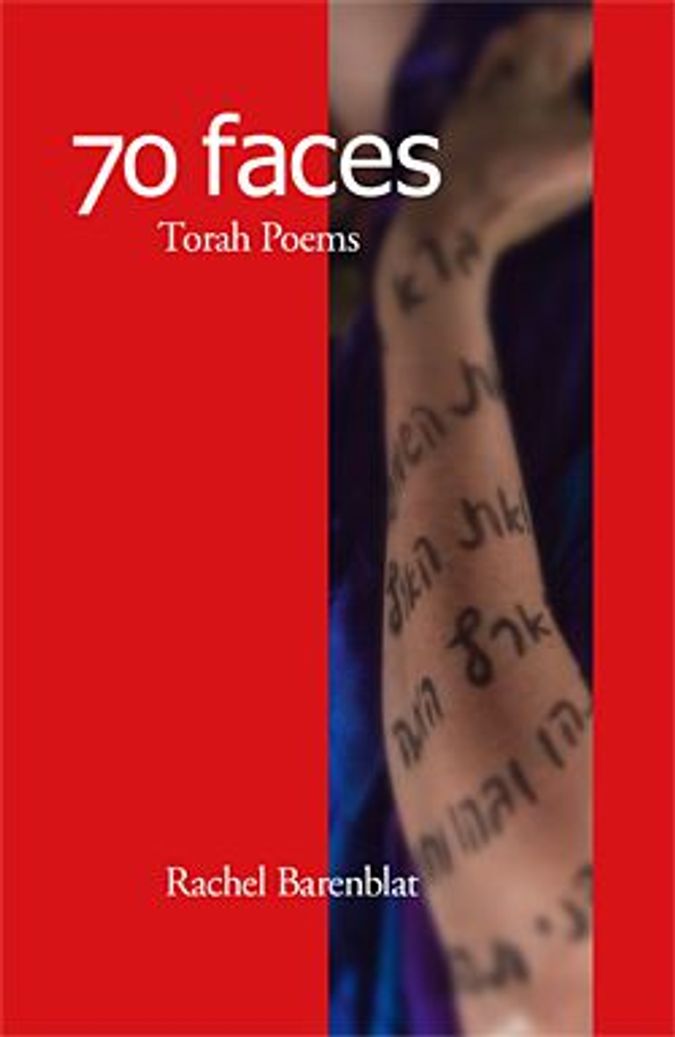 There are a few very good poems in Rachel Barenblat’s “70 Faces,” a collection of “Torah poems” published last year following the sequence of the weekly reading. For instance, the Akedah Cycle, 10 poems on the binding of Isaac, brings that ancient mountaintop sacrifice into sharp focus. Barenblat, who is also a rabbi and blogger, can make the patriarchs and matriarchs immediate and narrative possibilities concrete: “Maybe there’s always a ram,” she writes, “waiting just outside the frame.”

Similarly, “Larger than Life/Shlakh-Lekha” deftly compares the contemporary Jewish state, or something very like it, to the land the spies gave a bad report about: “If you don’t feel at-home there./ the minute the wheels kiss the ground / for God’s sake don’t tell a soul!”

Unfortunately, there are many poems in this book whose intentions are laudable but which come out flat on the page. “Postpartum depression caused the Flood,” writes Barenblat in “Bereishit.” Yes, birth is a creation, but this awkward yoking of diagnosis and myth trivializes not just the Deluge (which can take it) but also a personal tragedy that is too large a pain for a slight poem like this one.

Barenblat also has a weakness for wordplay (“Could the whole project be a wash?” she writes about the flood). This tic is cute the first time, but doesn’t wear well with repetition (“inscribe us on an everlasting hard drive”). Pedestrian phrasing is also not infrequent (“Being up there with God/…/was the best thing ever”).

But the fatal flaw of the book is its failure to live up to the claims the author makes for it. “The poems in this collection are contemporary midrash,” she writes in an introduction, explicitly connecting her own work to a tradition that “respond[s] to scripture with our own creativity.”

Certainly, the responses of ancient midrash are varied, even shocking, in their departures from a literal reading. However, Barenblat’s reactions to the text are often banal. Not only is Genesis a birth, but “Lech Lecha” is a journey. Offering an animal sacrifice is like a barbecue at home (“You’ll need a smoker. / Get one from Home Depot.” is the unpromising beginning of “Korban/Vayikra”). The warrior God who drowns the Egyptians is not attractive to the modern reader.

Such interpretations are comforting — they are popular because they make us respond with relief, as to an old friend — but they do not “question Torah” as Barenblat would have it. They fit neatly with a widespread liberal sensitivity, but are not innovative poetically or exegetically. For an example of a contemporary midrash which turns the Torah upside down and shakes a poem out of it, see the work of Alexander Nemser in a recent issue of AGNI, which could be called “Akedah 2.0”: “God commanded Abraham, remembered the rabbi, Sacrifice your son Isaac on the shores of Paradise, and leave his body to soak for a month in a tidal pool ringed with red sea anemones, guarded by the yellow panthers who grow, only here, to the size of calves.”

Many people like comfort and will be drawn to Barenblat’s poems. I am sure she provides this in abundance as a rabbi as well as a poet. I must confess, however, that in the last pages of “70 Faces” I was reading with impatience, hoping the Torah readings would end so we could get to Adon Olam and kiddush.