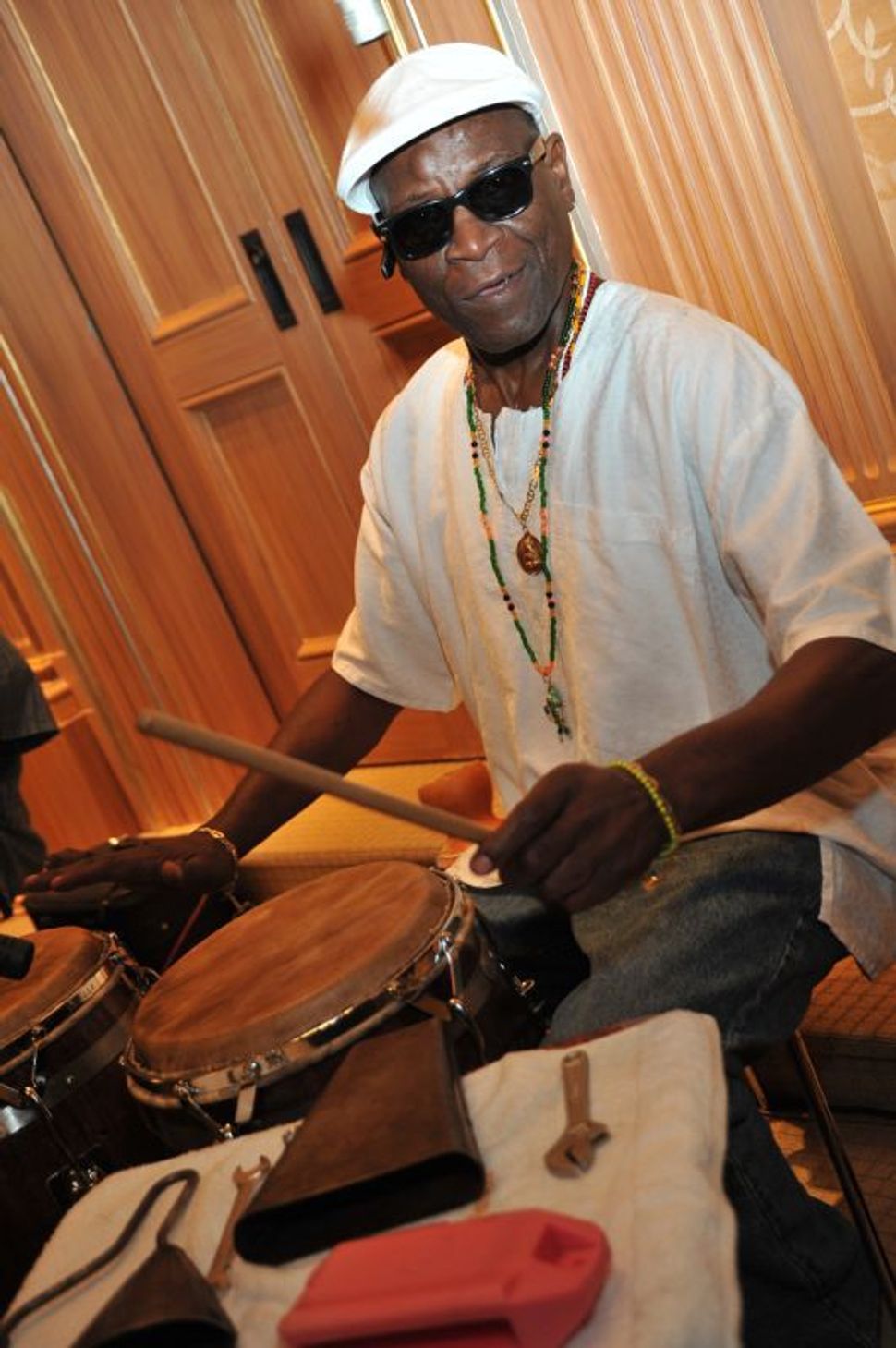 David Chevan’s Afro-Semitic Experience, however, is different. The project unapologetically focuses on religious — or rather, sacred — music, as attested to by their recent live double album, “Further Definitions of the Days of Awe.”

This year, along with the album release, the band celebrated its 13th year of existence. In honor of the occasion, a “bar mitzvah” concert was held at New York’s Sixth Street Synagogue in January. The album is also coming out in three different iterations, capturing three different live performances in Greenfield, New Haven, and New York (this review is of the Greenfield concert).

Chevan’s band features, among others, acclaimed pianist Warren Byrd and percussionist Baba David Coleman, who is also a Yoruba priest. Chevan himself is the bassist, composer and band leader. This time around, in addition to the regular crew, three cantors were invited to join the ensemble, including Jack Mendelsohn, who took most of the lead parts.

The encounter of chazzanut and jazz is not intuitive, as indicated by a number of cuts on the album, such as the opener “Ashrei.” While Chevan discovers a wonderful rhythmic undercurrent in classic renditions of the work, the jazz beat with all of its bursting joyful funk stands in contrast with the monolithic, seemingly unshakable melancholy of the cantorial tradition. Magically, the tune comes together, and the contrast makes it all the more fascinating. On a number of cuts, such as “Mitratzeh B’rachamim,” the music descends towards the cantorial melancholy, as if revealing jazz’s own dark underside — the blues — and with that the collaboration moves towards even more complex and haunting places.

The centerpiece of the album is the 15 minute track “Sh’ma Koleinu” (“Listen to Our Voice”). Unmistakably, over and over again, the cantor appeals heavenward. Listening to the piece there is no doubt about it: This isn’t merely an aesthetic experience. Cantor Erik Contzius is publicly praying, leaping from falsetto to deeper tones, improvising across multiple tonalities as he stubbornly repeats his plea over and again, like a mantra, and the band rocks with him all the way through, prodding him and spinning him on the platform of their groove. It is an amazing performance, and the live recording captures the reactions of the exhilarated fans.