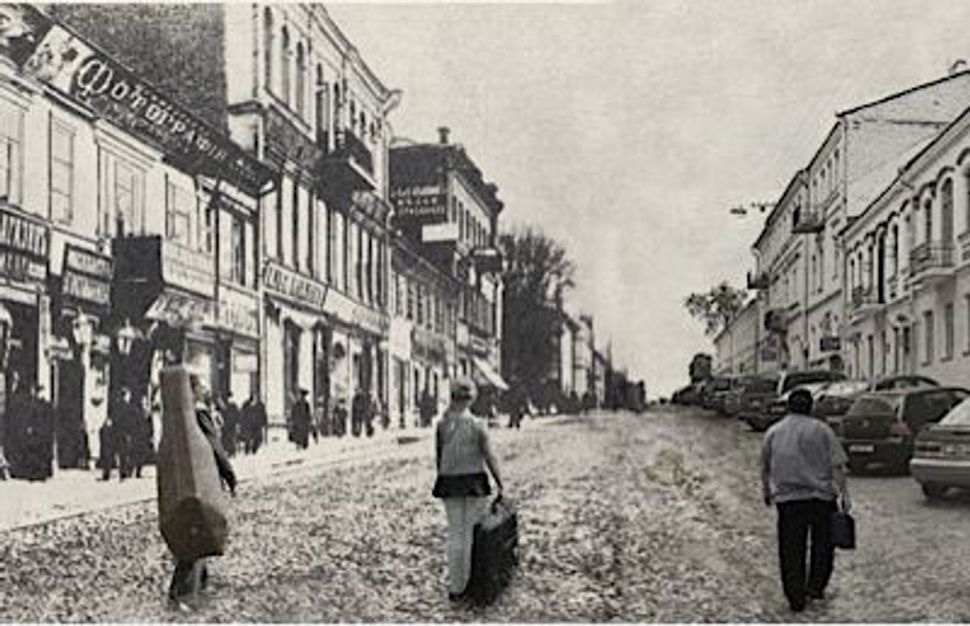 There is a story in my family about my paternal great-grandfather Yosl (Yeysef), who served as a clarinetist in the Russian Army military band. During World War I, he was captured as a prisoner of war and was held in Germany until a year after the war ended. When he returned to his hometown of Mogilev in late 1919 with his clarinet in hand, all he saw was devastation and famine, and he was forced to trade his instrument for bread to feed his family.

I started to play the clarinet at the age of 13 as a second instrument after first learning the piano. As a child, I dreamed of becoming a symphony orchestra conductor, and it seemed important to master an orchestral instrument. But as soon as I became interested in Jewish music I knew I had discovered a powerful tool to express myself as a Jewish musician. For my zeyde’s clarinet, I like to think that it was a kind of reincarnation.

I was born in 1978 into a family of linguists in Minsk, the capital city of what was then the Belorussian Soviet Socialist Republic, which became a new independent state, the Republic of Belarus, in 1991. Though I was raised as a Soviet child, I knew I was Jewish since I was 4 years old. My Jewishness became more meaningful to me in my early adolescence, which coincided with Belarus’s independence from the former Soviet Union. At that time I began studying Jewish music, Yiddish, and Jewish traditions, and I felt that I was acquiring something I had lacked in the past.

But whether it was Jewish, Belarusian or Soviet, I felt an unconquerable attraction to music. This led me to attend the National Music Lyceum for high school and then the Belarus State Academy of Music for college and graduate school. The lyceum (now The National Music College), which dates back to 1935, is one of several specialized schools for musically gifted children and youth established in the USSR. There was a fantastic team of teachers there whom I will always remember with deep gratitude and warmth, not only for the knowledge and skills they taught me, but also for the passion for music that they shared.

Nonetheless, not everything was wonderful. Among my peers there were many highly talented musicians who won international reputations even as students. But the conditions for developing a music career in Belarus are difficult. Even now the pay for teaching and performing is extremely low, coupled with a Soviet-style bureaucracy that causes musicians to seek career opportunities abroad. After they leave, they rarely come back.

In Belarus, nearly all independent performances and exhibits draw official scrutiny, and there are thorough checks on whether anything expressed in songs or works of art might be interpreted as undermining the government. Using an ethnic group’s language, such as Belarusian or Yiddish, can raise suspicions of disloyalty, reminiscent of the total Russification in the Soviet Union. Expressing an ethnic and cultural identity, whether Belarusian or Jewish, is not easy in Belarus, unless you are a “court musician” explicitly loyal to the regime. For years I wondered why it was so difficult to get Jewish gigs in Belarus. Finally, I heard a bitter but true answer from one Belarusian journalist, who said that klezmer musicians just didn’t get a place on the Belarusian music stand.

But even if anti-Semitism still exists in Belarus, the general situation has dramatically improved, at least at the official level. Regional and national Jewish organizations are present and Jewish events are publicly held on holidays and memorial dates. I had no problems performing Jewish music there, from concerts in the Minsk Jewish Community House through annual street shows that I successfully co-produced four years in a row with my friends right on the main street. In 2005, I coproduced KlezmerShock, the only international modern Jewish music festival to take place in Minsk.

That said, most jazz, rock, folk and classical musicians go abroad to perform and record. My band in Minsk, Minsker Kapelye, was no exception. We barely had five domestic gigs a year, in contrast to our extensive international tours. It is no less difficult to produce an album in Belarus. The recording studios in Belarus are few in number and often unpredictable in quality.

My band’s first CD was recorded in 2002 at the Belarus State Academy of Music, where I was a graduate student at the time, but our next two CDs were produced on Polish labels. For many Belarusian musicians and bands, neighboring countries such as Russia, Ukraine, Poland and the Baltic states are the more attractive places to perform, record, and make a living.

Still, Belarus is always on my mind; its history and culture are part of my cultural and artistic identity. After two and a half years of integration into the New York scene, I am a Jewish artist, but also a Belarusian one.