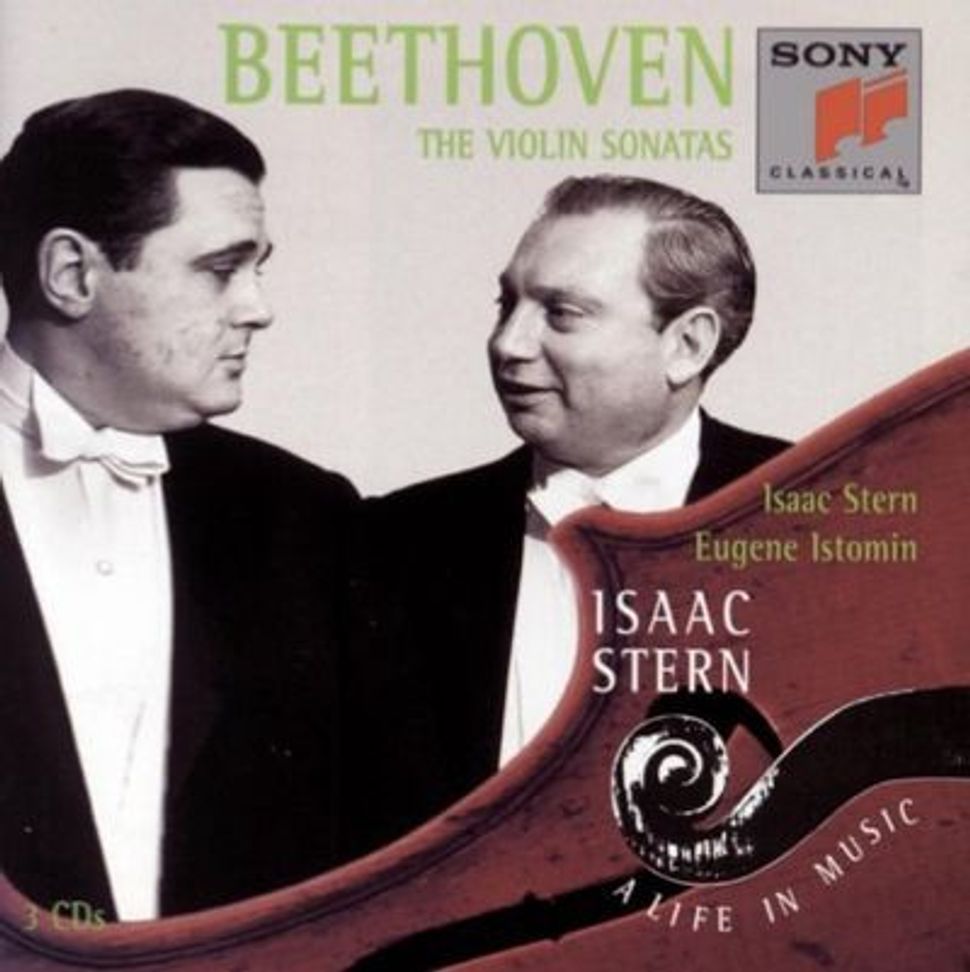 The pianist Eugene Istomin, born in New York in 1925 to a Russian Jewish mother and Russian Orthodox father, is mostly remembered as a stellar chamber musician. Istomin, who died in 2003, anchored the celebrated Istomin-Stern-Rose trio (alongside superstar violinist Isaac Stern and cellist Leonard Rose) which is still remembered thanks to superb DVDs from EMI Classics of their performances of Brahms and Beethoven, as well as CDs on Sony Classical.

Istomin’s collaborations with cellist Pablo Casals are no less striking, on CDs from Sony Classical and Music & Arts. Yet Istomin also deserves plaudits as a soloist, as Pianist: A Biography of Eugene Istomin by James Gollin which appeared in July, 2010 from Xlibris Books to unjustly little fanfare, convincingly argues.

Despite the unpromising imprint, Gollin has some track record, being the author of the revealing 2001 musical biography, “Pied Piper: The Many Lives of Noah Greenberg”, about a tragically short-lived but influential choral director, early music pioneer, and leftist political activist of Polish Jewish origin, still available from Pendragon Press. Gollin’s view of Istomin is literate, detailed, and affectionate, noting that Istomin described one tour with his trio to Europe and Israel as “three screaming lunatic egomaniacs together for three months.” Istomin confided to Gollin that Stern “called me Petunia,” because of his emotional vulnerability.

In 1948, the sometimes overly nervous Istomin consulted a psychiatrist to deal with his stage fright. He was analyzed by Gustav Bychowski, a Freudian who also treated the conductor Erich Leinsdorf. Self-identifying with fellow Jewish musicians from his earliest youth, including the aforementioned Greenberg and composer/conductor Harold Brown (born Braunstein), Istomin agreed with his friend Stern on the subject of Austrian conductor Herbert von Karajan, a former Nazi Party member. Whereas Stern, alongside other Jewish musicians such as the tenor Richard Tucker, refused to perform with Karajan due to his wartime record, Istomin even refused to attend Karajan’s concerts.

Belonging to a celebrated generation of young American Jewish pianists which also included William Kappell, Gary Graffman, and Byron Janis (born Yanks, shortened from Yankilevich), Istomin stood out by virtue of the suave charm of his performance approach. Gollin sifts usefully through Istomin’s recordings, especially his sovereign solos on Sony Classical CDs of the Schumann Piano Concerto and Bach’s 5th Brandenburg Concerto. A highly sensitive individualist who nonetheless worked well with others, Istomin is a musician to treasure.