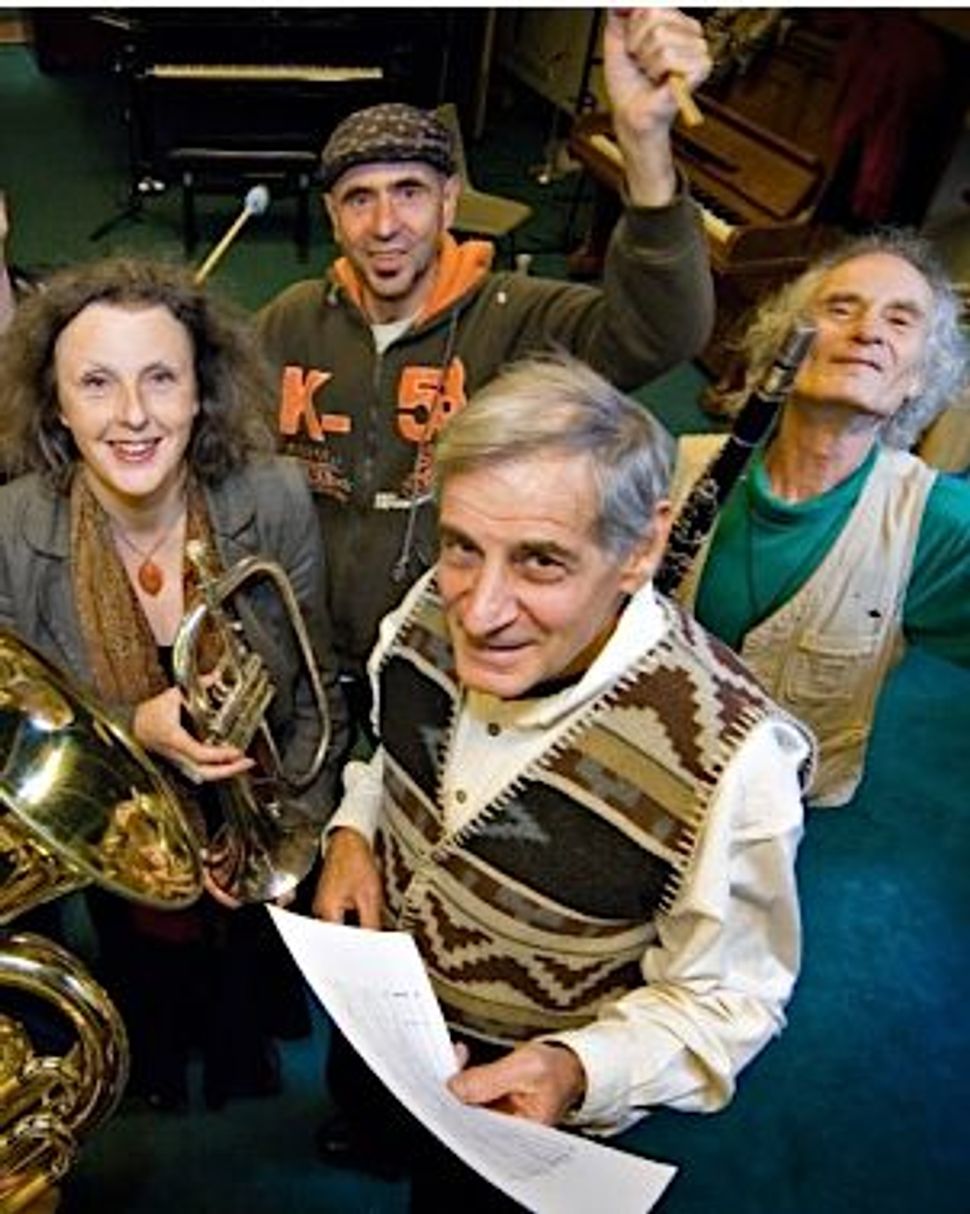 Greene, who arranged all of the dozen compositions on this 70-minute CD, notes that “Where we come from… Where we’re going” is “the third in a trilogy of my arrangements and extended compositions based on little known, mainly Jewish works of composers active since before World War II until the present time.” Despite the emphasis on contemporary Jewish composers, there are also several traditional pieces on the album’s track list.

“Where we come from… Where we’re going” is an apt title, as most of the compositions begin with fairly straight forward interpretations (“Where we come from”), before launching into imaginative improvisations (“Where we’re going”). These largely succeed, thanks both to Greene’s arrangements and to the imagination and virtuosity of each of Klezmokum’s musicians and singers.

When I mentioned that this is a challenging CD, I wasn’t just talking about how hard it may have been for the musicians to play this music. It’s also a demanding experience for listeners. You can’t throw this music on the stereo as background music to anything. You have to pay close attention to where the music is coming from and where it’s going, otherwise, like much avant-garde, free or improvised jazz, you’ll be lost.

After several times through I’m glad that I listened, I’m glad that I’ve heard this music, but it’s probably not a CD I’ll go back to very often. It’s kind of like how I’ve listened to the groundbreaking free jazz LPs that Ornette Coleman recorded in the late ‘50s and early ’60s. I’m glad I heard them, I appreciate the tremendous virtuosity and imagination that went into them, but I’ve rarely felt the need or desire to listen to them again.