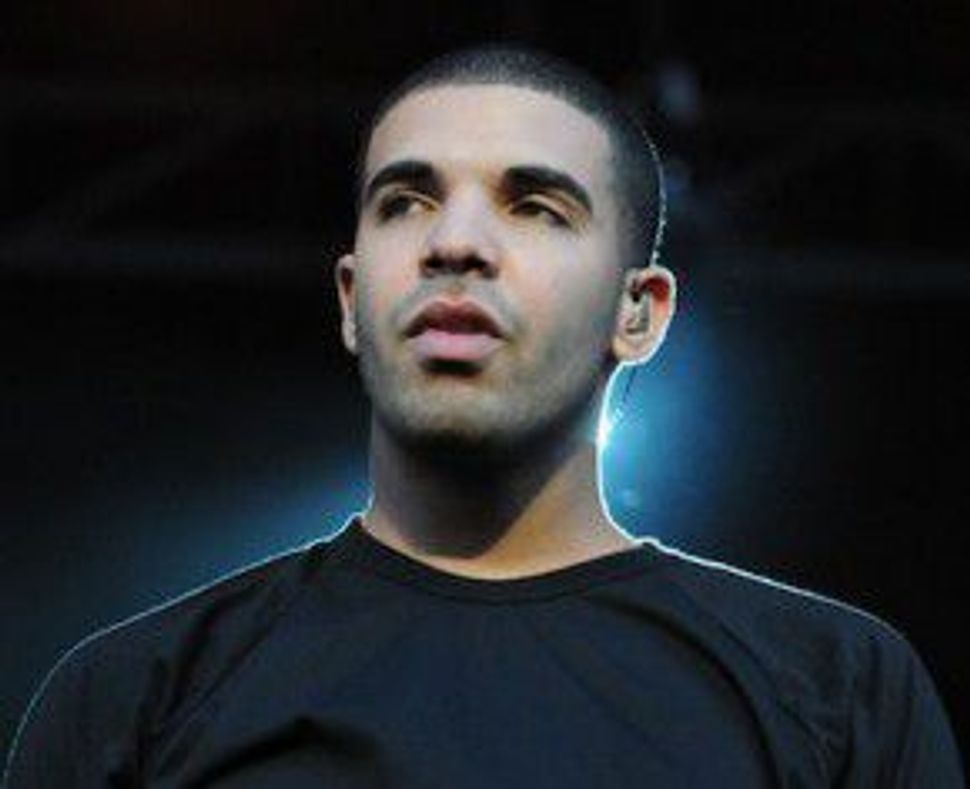 After escorting her son through the red-carpet gauntlet, Sandi Graham got a shout-out from Drake, who name-checked “my Jewish mother” in his opening monologue. Drake — nee Aubrey Drake Graham— was raised Jewish, bar mitzvahed and even went to Jewish day school, as the Forward has reported.

Toward the end of the awards gala at Toronto’s Air Canada Centre, Drake introduced Montreal’s Chromeo as his favorite band in the world, “breaking racial and religious barriers, a proud Jewish man and a Lebanese angel.” The hot techno duo, P-Thugg and Dave 1, are known to their relatives as Patrick Gemayel and David Macklovitch, respectively.

And the 40th annual Juno Awards closed with a Canadian Jewish rock heavyweight, Rush’s Geddy Lee, presenting the award for Album of the Year to Montreal’s Arcade Fire. Lee’s parents were Holocaust survivors; his stage name was inspired by his mother’s pronunciation of Lee’s real name — Gary Lee Weinrib.

As the Forward reported last month, Hasidic reggae musician Matisyahu challenged Drake’s status as “the best Jew to ever do it,” in a video posted on gossip site TMZ. Matisyahu, however, did not throw down with Drake at last night’s awards.