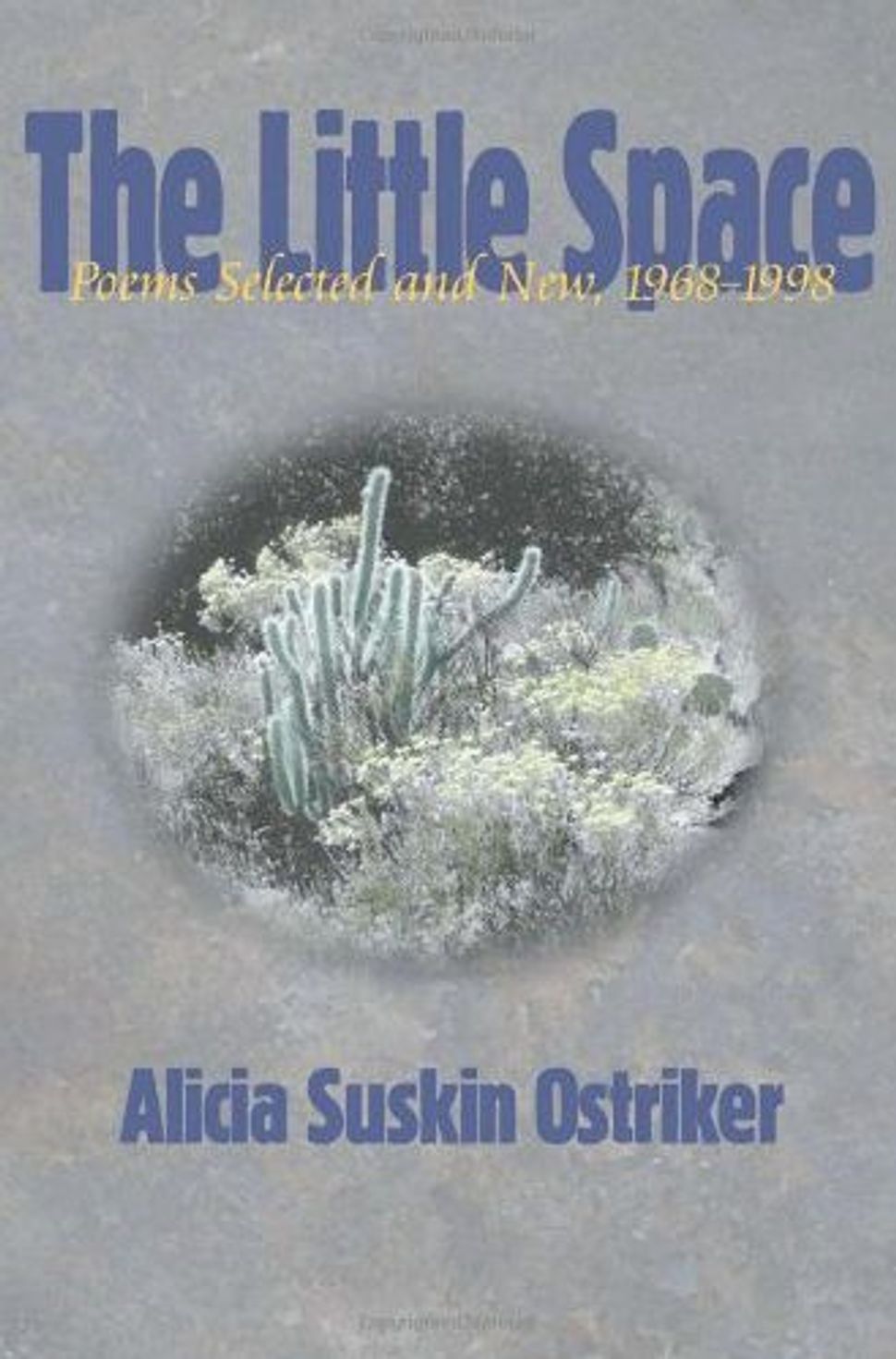 Alicia Ostriker is a major American poet, critic and teacher. Recently a participant in the Forward’s “3 Alicias 3” event (part of our Jewish Art for the New Millennium series) and a judge for our Triangle Fire Poetry competition, Ostriker has twice been nominated for a National Book Award.

An emeritus professor of Rutgers Ostriker has taught across the world and has been published in many major periodicals (The New Yorker, The Paris Review, The Nation, Poetry, American Poetry Review, Kenyon Review, The Atlantic). In recent years she has shown increasing interest in her Jewish heritage, culminating (thus far) in winning the Jewish Book Award for Poetry in 2009 for “The Book of Seventy.”

The two poems below come twenty years apart but show a similar oscillation between metaphor and subject, between foreground and background, between the context and the observation. In the earlier one, forebears (the “old men” of the title) are compared to a God, for the purpose, it later seems of showing why old men evoke the idea of a God that stretches into a vast kindly past.

The allusion to the narrator’s grandfather playing chess with “Yiddish Socialists in Heaven” who are somehow less than kin, more than kind and stuck in a Heaven that none of them believed in, is a delightful move, not least because it recapitulates the kind of belief / non-belief that the poem itself explores.

“Diaspora” is, even on the face of it, more complex. It includes a more resonant example of Ostriker’s strongly female voice but the two self-referential sections complete with preceding epigraph, the more striking stanza structure and the rhetorical question, all provoke thought. In this case, sexuality, death and the first performance all lead to the anxiety that more and more “will be expected of you.”

It seems to me the kindliness of old men
Is something incommunicably vast.
My grandfather, behind them all, plays chess
With studious Yiddish Socialists in Heaven,
Which he did not believe in, and awaits
Me eagerly slipping onto his lap,
To hear “The Story of the Man Who Traveled
From Place to Place.” For he had walked across
Europe to London, he had sailed
To the goldeneh medina. My other grandfather,
Who sat in a brown chair near the piano,
Not permitted by his wife to speak,
But smiling shyly, eyes lit up like windows
In a Litvak village on a Friday night,
Waits also. And an Irishman named Frank,
Who trimmed the bushes in the Project gardens,
Called me “Margaret O’Brian” for my braids,
And let me use the shears. Lastly my dad’s friends
Who lived like lambs in lonely East Side playgrounds,
Petted me, taught me checkers patiently,
For many windy autumns.
And were we not safe in the Land of the Free,
And was this not as good as paradise?
It seems to me then God’s a grandfather —
Infinite tenderness, infinite distance —
Not that I have any religion, but
It seems a way to talk about old men.

You live here, in the impossible,
surrounded by fires.

To obtain your attention,
They cry shrilly just beyond the capacity of your ears.
Perhaps you feel the discomfort in your sinuses
And guess that if you permitted yourself one glance

They would grip you with the tenacity
Of the wheelchair-bound elderly, or of the mad —

Take the above as an allegory of learning:
Springtime, resurrection, your postwar heritage,
Each dangerous truth you would almost prefer to refuse —

Neither does it stop here,
For already a bed of tulips holds flesh cups
Like the dead family around a child
Dressed stiffly for a first recital, a row of eyes

And a row of heaving breasts, until you see
You can never learn the routine of life —
Were you ever wise?
If when you were children you knew, you knew —
More and more will be expected of you.