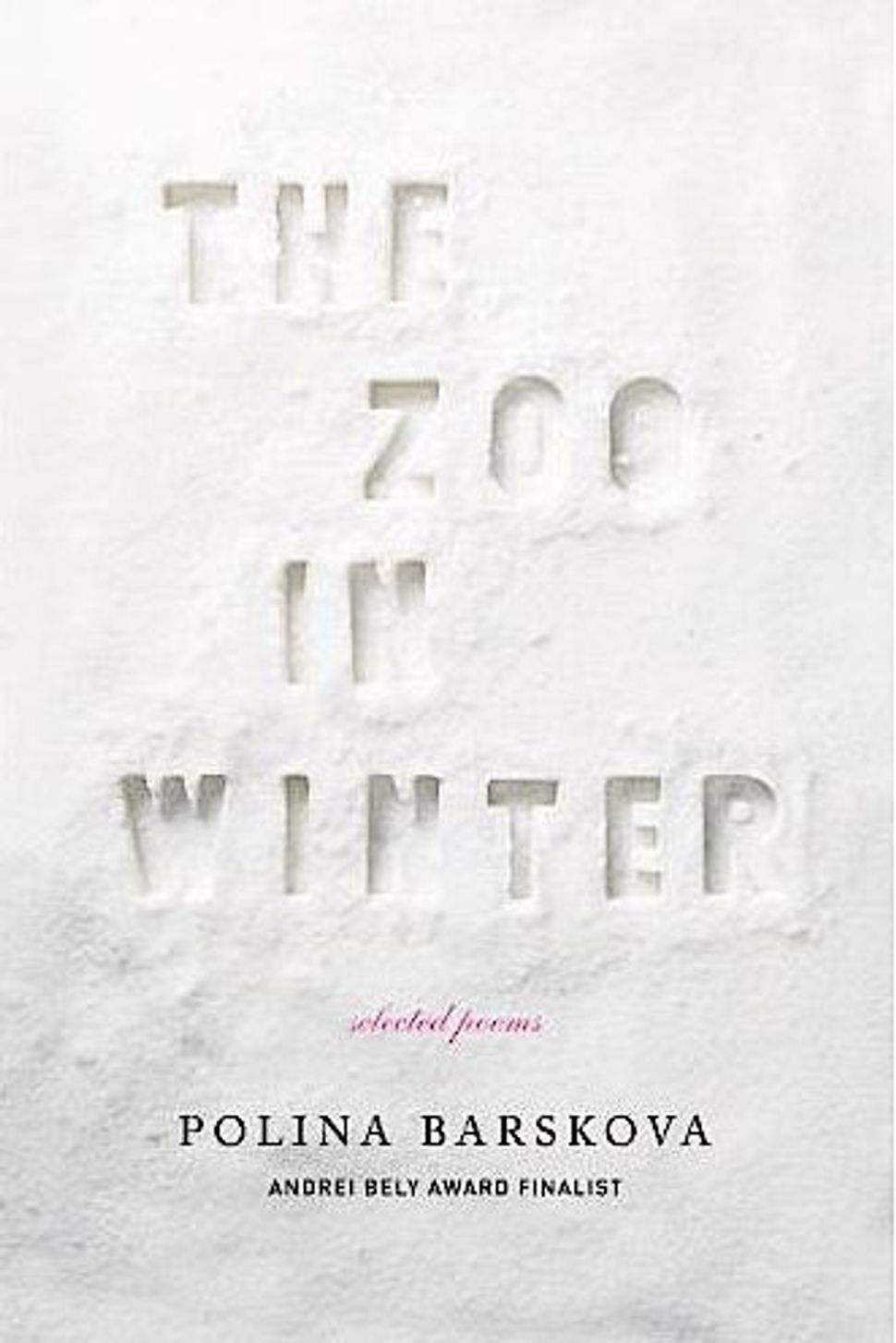 Still in her mid-30s, Polina Barskova is already considered one of the foremost contemporary Russian poets. Born in 1976 in then-Leningrad (now St. Petersburg), she began publishing her poetry at age 9 and released her first collection at 15. After earning a bachelor’s degree in Russian Literature and Classics from St. Petersburg University, Barskova moved to the United States, where she earned a Ph.D. from the University of California, Berkeley, and joined the faculty at Hampshire College, where she currently teaches. Though Barsokova has published seven poetry collections in Russian, “The Zoo in Winter,” whose title poem is featured today on The Arty Semite, is her first collection in English.

The Zoo in Winter

Here, a lemur wags his elbows
Shakes his shoulders,
Runs up the branches jostling his hips.
He’s a ringer for Nijinsky with his childlike face.
Shamed and abashed, he glances at your father’s face.

Your father, who holds by the hand
Something sharp and magical
He no longer knows its name
But he feels its warmth
(Indifferent, enormous, waning)
He looks up and reads on the clouds
Like the count on a baseball scoreboard
In a stadium: “She’s so much.
The day was. Not me.”

You are foreshortened tortured hemmed
As with the fur spoiled by the father’s senselessness.

To me
He seems a whale, which hides amid the depths
From motley babbling fish.
In his motion – slowed and lengthened –
There’s something of the motion of stones
In the seething bright-black waters of March
Beneath the windows of the Philosophy Department (Pliny, spleen).
Your father is weightless and mighty –
The timorous Latin
Of the eternally rushing-off psychiatrist
No, it will not catch up with him.

Your father now holds Frosya by the hand. The hand –
Should be memory’s last stop
Before it swims off into the abyss.
The palm wraps round the night trains of remembrance,
Proust’s soggy little madeleines,
And VN’s Dobuzhinskii caves.
And Frosya’s wooly head
Is pressed against the tender web of veins,
Stretched out across the father’s ruin
Like a sweet lover’s furrow.

The hand. To hand. He walks into the room, where I sit without light,
As if I’m Heracles, ensnared with Admetus,
Hoping to save someone, yet lingering.
And mumbles: “I’m still. How cold. Give me that.”
And grasps my hand in a despairing handful,
The sweaty palm – awakened, warmed,
Blooms, nearly, like a stump on a spring day,

What’s astonishing – your father doesn’t know
Who I am, in that room looking after him,
Judging about him,
Yes, and in general, himself. Druid and asteroid,
He moves in darkness,
He moves towards me,
So as to freeze above me, and for a long time warm my hands
In the comfortless silence of his haggard rooms.

Since he has long ago forgotten all our names,
Let him give names to us: Madness and Death.