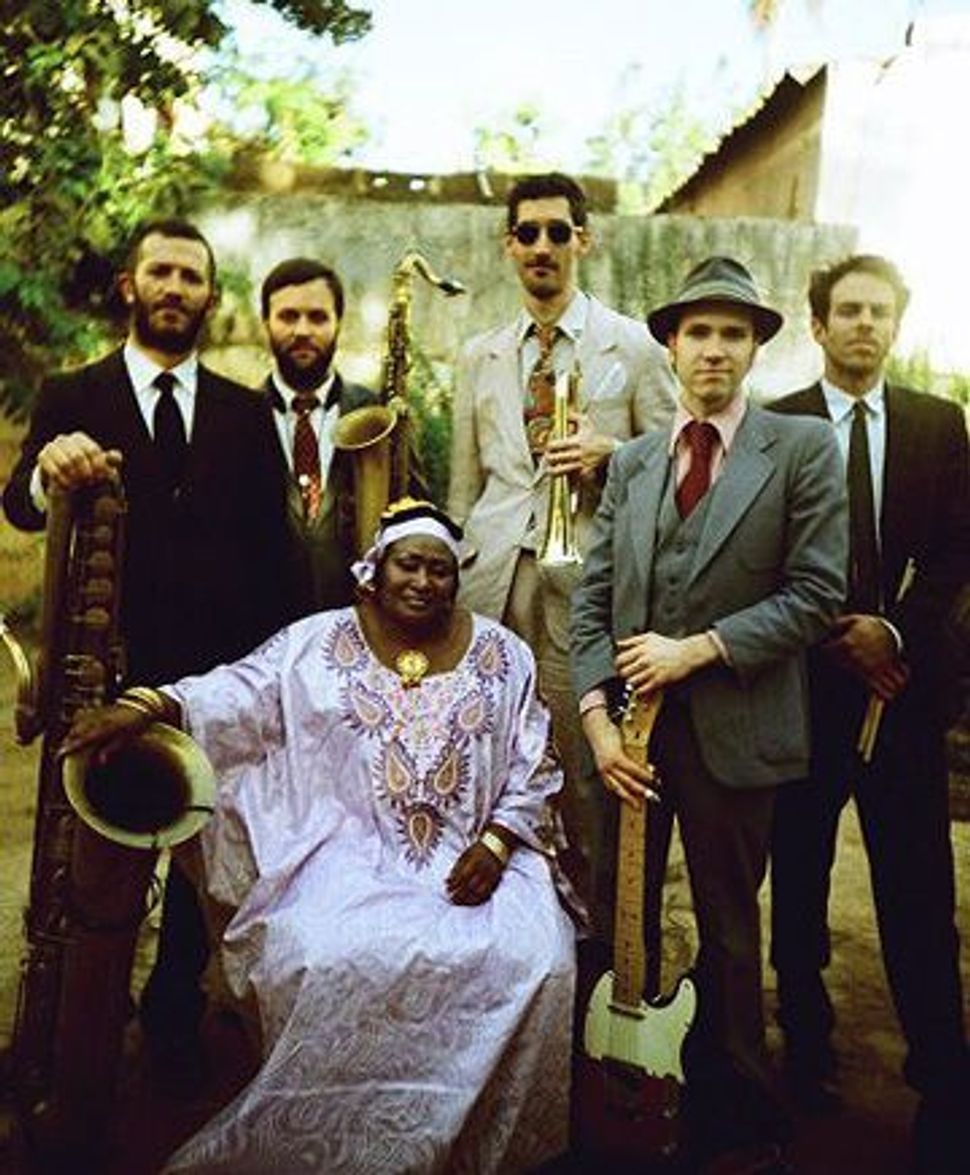 The Sway Machinery guitarist and vocalist Jeremiah Lockwood started work in 2008 on a project he simply called “Pilgrimage,” thematically organized around the Temple pilgrimages of Ancient Judea and his own need to search out his grandmother’s vanished village in Transylvania. These impulses were satisfied last year when the band traveled to Timbuktu to play the Festival in the Desert, and “House” is the document of that pilgrimage to Mali.

On one hand this is an album where The Sway Machinery outfit has almost vanished themselves. The Malian influences are so strong, inspired by world music acts like Tinariwen and the late Ali Farka Toure (his son Vieux Farka Toure plays a lush guitar piece on “Golden Wings”), that they take over the project. This is a good thing; like the best acts from Mali, the music feels immediate and layered in African blues.

At the same time, “House” feels very self-conscious about speaking in another’s voice. Amid samples from Mali (“Women Singing in Timbuktu,” “Camels,” “Call to Prayer”) that create the feeling of album as travelogue, they have included an excerpt from an opera by Lockwood’s father based on S. An-sky’s classic play “The Dybbuk.” In An-sky’s play, a young bride is possessed by a dislocated soul. Here, The Sway Machinery is possessed by a music that moved them to travel to Mali and perform in the sun-drenched desert.

On the track “Pilgrimage,” Lockwood sings, “I decided I will go on Pilgrimage / I will not be a stranger in this world ever again.” The song underlines the central paradox that lends “House” its power: The Sway Machinery wandered out into the diaspora and instead of strangeness they found themselves.

Watch the music video for ‘Gawad Teriamou’ from ‘The House of Friendly Ghosts Vol. 1.’: