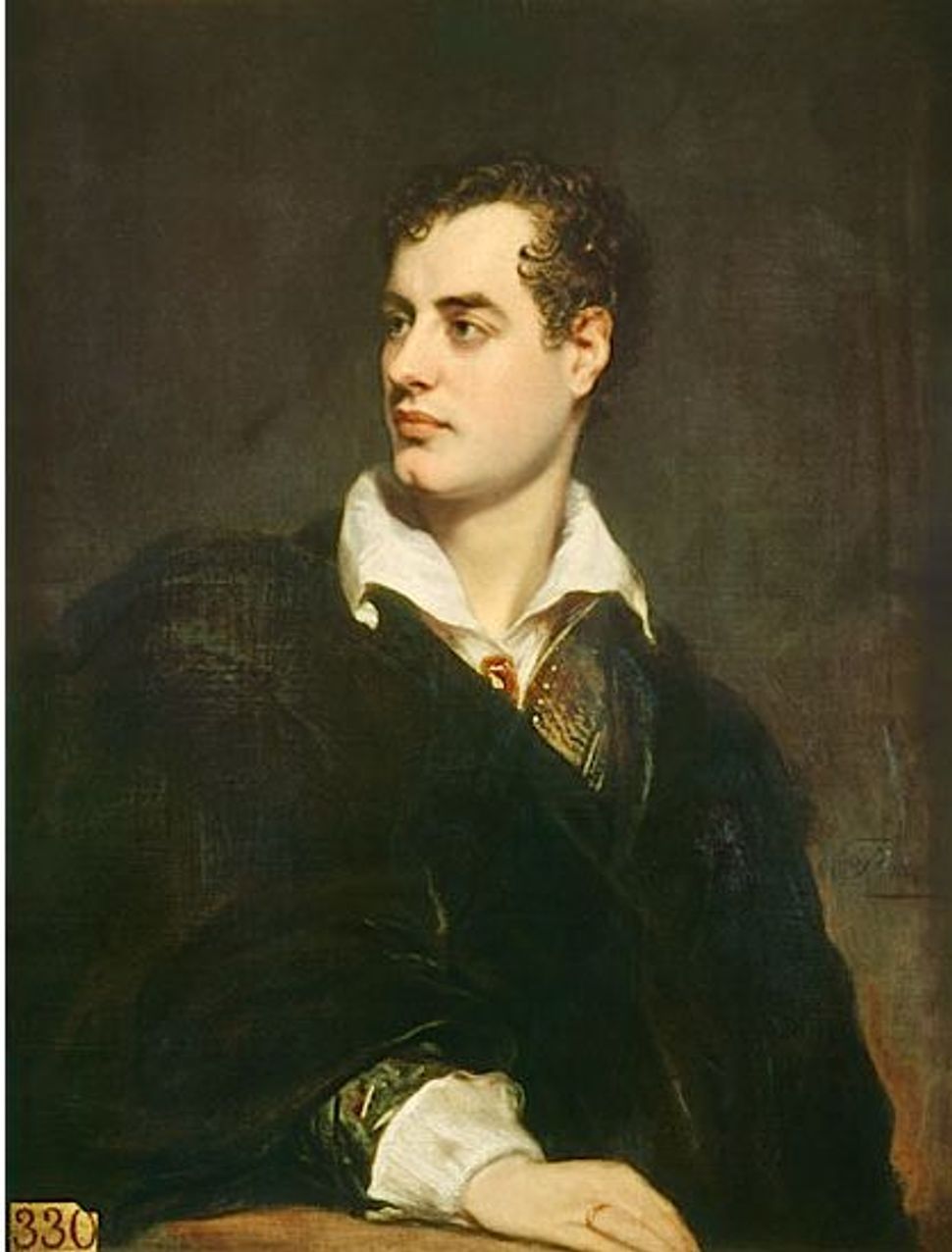 On January 2, 1815, the 27-year-old Lord Byron married the odious Annabella Milbanke, daughter and heiress of Lord and Lady Wentworth. Their daughter, Ada, was born on December 10. On January 15, 1816, Lady Byron took Ada and returned to her parents. The “first popular media scandal” erupted, and rumors spread that Byron beat and sodomized his wife during her pregnancy, was homosexual and a drunk, and committed incest with his half-sister. On April 21 Byron agreed to a separation, and on April 23 he left London to take a ship to the Continent. He sailed on April 25, and never returned to England and never saw his daughter again.

Isaac Nathan was 23-years-old in 1815, the son of a Jewish cantor in Cambridge. (They never met while Byron was at the university.) Nathan acted on his idea to collect and publish the “ancient” melodies of the synagogues in order to capitalize on the nationalist spirit in Europe after the defeat of Napoleon. He also had the idea to ask the most popular poet in England to write words to accompany the melodies. After an amazing series of contacts, Byron consented. (The first poem was “She walks in beauty.”) Equally amazing, Byron and Nathan became friends, and Nathan was with Byron during his last days in London. Nathan sent the following letter after he left Byron:

I cannot deny myself the pleasure of sending your Lordship some holy biscuits, commonly called unleavened bread, denominated by the Nazarenes Motsas, better known in this enlightened age by the epithet passover cakes; and as a certain angel at a certain hour, by his presence, ensured the safety of a whole nation, may the same guardian spirit pass with your Lordship to that land where the fates may have decreed you to sojourn for a while.

I have the honor to remain,
Your Lordship’s
Very obliged and devoted servant,

Byron replied, in an undated letter:

My Dear Nathan, — I have to acknowledge the receipt of your very seasonal bequest, which I duly appreciate; the unleavened bread shall certainly accompany me in my pilgrimage; and with full reliance on their efficacy, the Motsas shell be to me a charm against the destroying Angel wherever I may sojourn; his serene highness, however, will, I hope, be polite enough to keep at a desirable distance from my person, without the necessity of besmearing my door posts or upper lintels with the blood of any animal. With many thanks for your kind attention, believe me, my dear Nathan,

The originals of Byron’s and Nathan’s letters have not been found, although they were both published in Nathan’s 1829 work, “Fugitive Pieces and Reminiscences of Lord Byron containing an entirely new edition of the Hebrew Melodies with the addition of Several Never Before Published … also some Original Poetry, Letters and Recollections of Lady Caroline Lamb” (London, Whittaker, Treacher & Co., 1829). Nathan had become friends with Lady Caroline before her death in 1828.

Byron died in Greece on April 19, 1824. Nathan, after a remarkable life, died in 1864 after being hit by a street car in Melbourne, Australia, where he is still considered “the father of Australian music.”